It’s not very often when you wind up having musical royalty practically playing in your backyard, but such will be the case when Grammy Award-winning singer/songwriter Rosanne Cash hits the stage at Adelphi University’s Performing Arts Center (AUPAC) on Friday, May 15 at 7:30 p.m.

The show, which is nearly sold out, celebrates the release of her acclaimed and most recent album The River and the Thread—a collection of original songs written with her husband and collaborator John Leventhal that connect and reconnect her to the American South, the place of her birth and home of her ancestors. Cash will also perform songs from her Grammy-nominated and award-winning 2009 all-covers project The List, which is based on a list of 100 greatest country and American songs that her father and country music icon Johnny Cash gave her when she was 18. 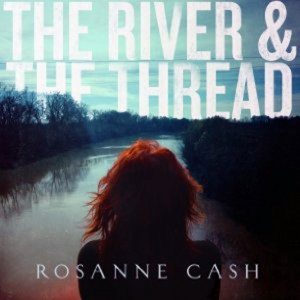 Always one to draw from her background and rich musical legacy, Cash continues the tradition on her latest outing with a group of songs that blend gospel, country, blues and rock. Aided by a number of special guests including John Paul White (The Civil Wars), Derek Trucks, John Prine and Tony Joe White, Cash continues to go beyond being a mere country artist, as her music continues to draw from many genres, including folk, pop, rock and blues. She is the recent winner of three Grammy awards—Best American Album (The River and the Thread), Best American Roots Song with John Leventhal (“A Feather’s Not a Bird”) and Best American Roots Performance (“A Feather’s Not a Bird”). No stranger to success, the Tennessee native won a Grammy for “I Don’t Know Why You Don’t Want Me” and has received 12 other Grammy nominations. She has had 11 No. 1 country hit singles, 21 Top 40 country singles and two gold records. The River and the Thread was inspired by trips through the American South. Cash described the album as a “mini-travelogue of the South and of the soul.”

The journey included visits to her father Johnny Cash’s childhood home in Dyess, AR, her own early childhood home in Memphis, TN, William Faulkner’s house, Dockery Farms in Cleveland, MS, and many more locations. It’s a trip that she admits resonated deeply with her.
“The soul and richness of the people and the music of the South resonate in a particular way for all of us. It’s a deep connection,” Cash said.

Adelphi University’s Performing Arts Center (AUPAC) is one of Long Island’s premier cultural arts venues for entertainment of all kinds. Tickets are currently on sale and are priced at $50/$45, with discounts available to seniors, students and alumni. For more information about all events at AUPAC and to purchase tickets, visit aupac.adelphi.edu. Information is available at The Lucia and Steven N. Fischer Box Office at 516-877-4000 or boxoffice@adelphi.edu. Regular box office hours are Tuesday through Friday from 1 to 6 p.m. The box office is also open two hours before most scheduled performances.