Hofstra Alums Are “Bigs” For The “Littles” On Long Island

Pandemic creates challenges for Big Brothers Big Sisters “We need to get back to where we were at the beginning of last year to help...
Read more
TOP STORIES 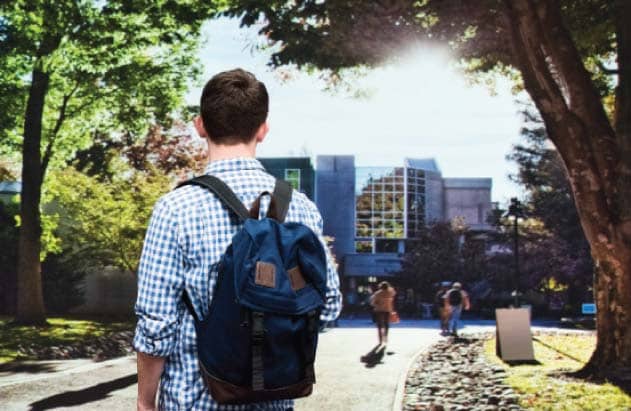 When it comes to college campuses, one pressing matter that is taken extremely seriously is safety. Statistics have shown that sexual and verbal consent and outside penetration in the form of an intruder or gunman are the most concerning issues that colleges face. Violence, property crimes, coercion, stalking and identity theft are also problems that students face as well as a breach in social media privacy.

“Our shared goal is to make sure that this school year is as safe as it can possibly be,” said Curran. “This isn’t something that we just start thinking about in August. It’s something that we focus on 12 months of the year.”

All of the county’s school buildings have been assessed for security while personnel in each building have been trained by the NCPD in the chance there is an active shooter situation or other emergency. A valuable tool that all 56 school districts, along with private schools, have at their disposal is the RAVE app, which helps to reduce response time in an active shooter situation.

“Since 2000, 75 percent of school shootings have happened within a period of five minutes or less,” explained Curran. “The more you can reduce response time, the more lives you save. It’s an incredibly wonderful tool and we’re blessed to have it. Another initiative that we’ve had is that we make sure that the police officers visit school buildings regularly so they know what the layout of the building is. There’s this familiarity of the schools, so they’re not walking in blind during an emergency.” 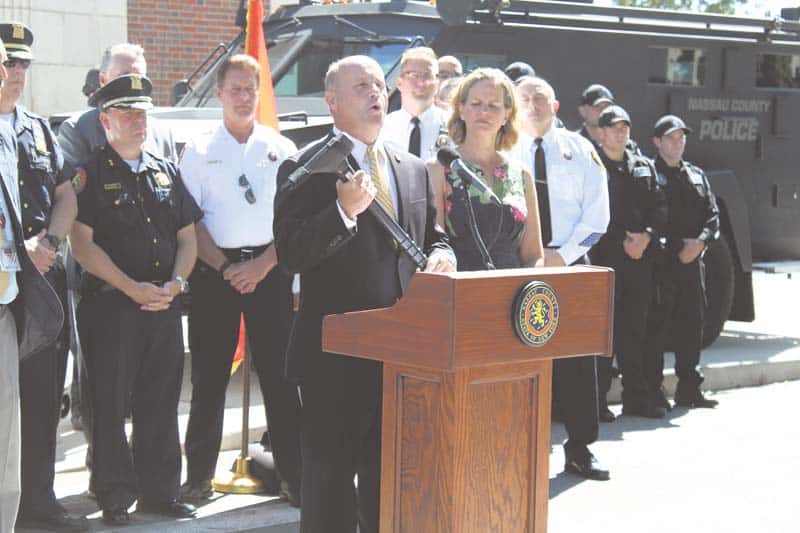 Another tactic that the NCPD does is monitor social media for any possible red flags or for any possible issues regarding overall safety. The county is in constant contact with school superintendents, as well as many private, Catholic and Jewish schools.

Many if not all high school students are required to wear or show ID badges before entering the school when returning from lunch or coming into class late as an extra measure of security. Some schools have even gone as far as banning backpacks, only allowing drawstring and clear bags that can be visible through security detectors.

During the first day of school, students, parents and faculty saw a large amount of law enforcement in villages around Nassau County.

“We mandate that every single police car visits a school a day,” said Ryder. “There are 177 cars on patrol. They’ll go out and spend five minutes saying hello so when an incident occurs they know who the superintendent is, who the security guard is and where the rooms are in case they need to go in and initiate an active shooter situation.”

This year, every single police car will have two new tools in it. The first will be a tourniquet in case an artery is cut in an active shooter situation. Ryder said that all officers are trained on it and will have a secondary device in their vehicles if needed.

The second tool that the NCPD added this year is a breaching tool, which stops the police from waiting on emergency services to get there.

“If someone is trapped behind a wall, through glass or behind a door and the shooter is inside the building and we have an exterior door, we’ll breach that door,” said Ryder. “Every single car will have it. They can use it from entering the side gap of the door and popping it open or they can use it as sledge.”

The same tools that the NCPD are now implementing will be offered to different village’s overtime.

“Our villages and county have all trained in this new tool along with the tourniquet and other devices,” said Ryder. “We’re working together as a team. Forty two percent of all people who were involved in shootings from Parkland back to Columbine said that they saw something and knew something and did nothing. We need you to engage and get involved. We need you to speak to us and let us know that if you know someone that is a concern to you, let us do our job.”

Colleges have also embraced a more focused approach on lockdowns in conjunction with technology, apps and security project features. But one thing remains: just as a student studies for a test in a class, so too should they visit their school’s common center and learn about what measures are being done to keep them safe for the next for years.