Bringing Talk Radio To Your Mailbox 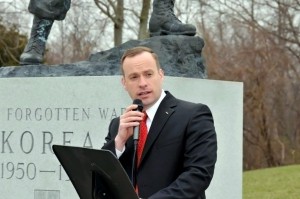 Perhaps believing it is what Members of the U.S. House of Representatives do, Republican Congressional candidate Stephen Labate is already making empty promises and misleading statements.

Labate, who lost to Rep. Steve Israel (D-Huntington) in 2012, wants a 2014 rematch against the incumbent. To achieve this goal, Labate’s campaign sent recently a direct-mail piece which closely resembled a negative, partially-informed talk radio rant. The mailer targeted Republican voters in northern Nassau County’s 3rd Congressional District (C.D.), where Labate is running in a Tuesday, June 24, GOP primary against Grant Lally. Lally is the official Republican Congressional nominee in the 3rd C.D. The district’s boundaries also extend into the northern portions of Queens and Suffolk counties.

The mailer’s empty promises? Labate said the first bill he would introduce in Congress would be to repeal the federal Affordable Care Act (ACA). Don’t bother. The U.S. House’s GOP majority has repeatedly passed bills to set aside the ACA, measures which have gone nowhere in the Democrat-controlled U.S. Senate. And under what scenario would the Obama administration decide to get rid of the ACA?

Empty promise #2: Labate pronounced in the mailer that he’ll “never vote to raise taxes.” Never? Not even if a terrorist attack were to devastate a major American city, or decimate the U.S. power grid? I think Americans would be open to a federal tax hike if the proceeds went to rebuilding a municipality, or essential infrastructure.

The mailer’s misleading statements? Labate’s piece shouts phrases like “record unemployment” and “trillion dollar deficits.” The U.S. unemployment rate has been dropping, albeit in part because more people have left the U.S. labor force. Moreover, the federal budget deficit stood at about $300 billion through April, The Wall Street Journal’s editorial board stated (May 13, “The Revenue Rolls In”). It is way too high, but $300 billion is far less than $1 trillion.

Oh, I almost forgot, Labate also pronounced he will “never vote for a budget that increases our deficit.” The deficit, or the debt? Big difference, and it is the debt ceiling which has been at the center of recent Washington, D.C., budget battles.

Finally, Labate’s mailer states “he [Labate] is one of us and will not bend to party bosses.” The Republican Party’s decision-makers had good reason to be in the market for a candidate other than Labate in 2014. Labate lost to Rep. Israel by 16 percentage points (57-41) in 2012. Yes, it was a presidential election year. But the 3rd C.D.’s 2012 vote totals tell an interesting story.

The president, while comfortably winning statewide, only carried the 3rd C.D. by three percentage points (51-48) over Governor Mitt Romney, according to Daily Kos, a Democrat-leaning website. As such, Labate ran seven points behind the top of the GOP ticket.

Residents of the 3rd C.D. who want to see Rep. Israel ousted in 2014 cannot be encouraged by Labate’s 2012 electoral performance, and what has occurred in the meantime to reverse the outcome in a second Rep. Israel-Labate match-up? Given this history, it is understandable why the GOP establishment chose Lally over Labate.

In anticipation of complaints from Labate supporters, I realize Lally ran unsuccessfully twice for the U.S. House in the 1990s against then-Rep. Gary Ackerman. Lally, however, is not less than two years removed from a 16-point loss to Rep. Israel; Labate is.

I stand ready to chronicle the 4th C.D. candidates’ empty promises and misleading statements, although something will be amiss if I get a direct-mail piece from any of them, given that I’m a registered Republican residing in the 3rd C.D.