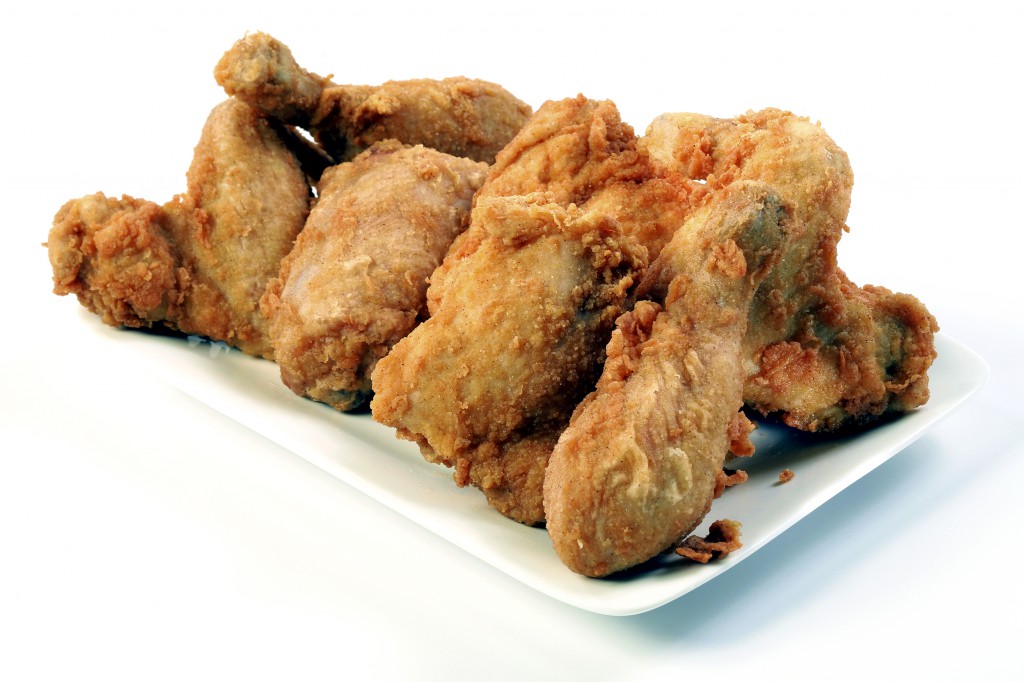 A fast food chicken franchise hatched in Bethpage in 1981 is set to make a comeback this summer with a re-imagined image, a new menu and a brand new flagship location in Massapequa.

Many Long Islanders remember that rotund cartoon chicken character emblazoned on the Pudgie’s Famous Chicken logo; but after many locations on the island flew the coop in the late 90s due to financial failings, the company that owns the once popular poultry pushers is set to revive the business as Pudgie’s Naked Chicken Co.

TruFoods, LLC, which bought the Pudgie’s brand in 2007, hopes to open 50 to 75 locations in the tristate area and is currently courting potential franchisees for the restaurant, which gained popularity for its skinless fried chicken.

“It seems that most people in the New York area remember Pudgie’s fondly,” said Gary Occhiogrosso, president and CDO of TruFoods, LLC. “We are outrageously excited about this. It’s exciting to breath new life into a heritage brand like this and bring it back to its birthplace.”

According to Occhiogrosso, the “naked” concept refers to the reimagined brand’s commitment to using fresh, never frozen chicken without steroids or anti-biotics. The new Pudgie’s will aslo fry its chicken in updated pressure fryers, which cooks the product faster and allows for less oil absorbtion — Occhiogrosso said this results in a better overall product.

The new Pudgie’s, coming to 7 Hicksville Rd. in the Uncle Giuseppe’s shopping center, will so expand its classic menu to include new items including grilled chicken, salads, rice bowls, fresh-cut potato wedges, sweet potato tots and a vegetable of the day.

“The new menu items speak to the ‘naked’ concept,” said Occhiogrosso. “And it relates to what people want to eat; people want healthful options and we are going to offer that option.”

While four Pudgie’s operating under the original brand concept still remain on the island, Occhiogrosso said the operators of those restaurants will have the opportunity to join the new franchise network. Flipping an established brand into a new concept has its obstacles, Occhiogross said.

“The challenge is how do we maintain all the good parts and also get beyond the things that weren’t as good as they could have been,” he said. “First, we knew we wanted to give the restaurant a new look so that the change could be seen visually.”

One of the obstacles was the name itself. Occhiogrosso said that most people associate the name Pudgie’s with either the perceived unhealthy quality of the chicken, or how eating the chicken might make the eater feel after consuming it. Both are misconceptions; in fact, original founder and owner George Sanders named his restaurant Pudgie’s because that was his nickname in college.

But Occhiogrosso knew the name carried weight with the Long Island community, so he and his assoiciates chose to incorporate the classic name into the new concept.

“We are launching in Massapequa because it is the heart of Long Island and the island is Pudgie’s country,” he said. “The name has merit and people immediately recognize it and respond to it. But we knew we needed to reduce the impact of the name, so that visually and mentally it would become separated from the product.”

Occhiogrosso added that the new Pudgie’s will offer a dine-in option along with the original’s take-out and delivery service.

“It’s very exciting to take something that most people thought was lost forever, pick it up, polish it and invest time and energy into to to bring it back,” he said. “And not only bring it back, but bring it back better than it was before.”