When Pan Am was dissolved on December 4, 1991, it left behind a legacy as the largest international air carrier and was the unofficial flag carrier of the United States for a good chunk of the 20th Century. Thirty years after it closed its doors, the pioneering airline’s legacy lives on in the shape of Garden City’s Pan Am Museum and the Pan Am Podcast that’s been downloaded more than 12,500 times in upwards of 84 countries since it debuted in late August 2021.

Launched in 2016 by a group of former employees as a nonprofit on the 25th anniversary of the company shutting its door, the museum’s year-round exhibits can be fittingly found inside the historic Cradle of Aviation Museum. The latest addition to the museum is an impressive time-line that reflects the over-sized impact Pan Am had on the world. With 2021 marking 30 years since the defunct airliner was grounded, former Pan Am flight attendant and current Pan Am Museum Foundation Chair Linda Freire has an understandable zeal in terms of Pan Am’s importance throughout the course of its 64-year existence.

“The history of Pan Am is not just about an airline or the evolution of the international air travel from the United States,” Freire explained. “I always say Pan Am is indelibly interwoven into the history of the United States from the last century. There is an exhibit called Clippers Go To War and many people do not know that Pan Am was instrumental in World War II, providing aircraft, personnel and aircraft personnel, to fly the Pacific. It was really the addition of Pan Am air power, in both the Atlantic and the Pacific, the tide of the war was able to turn. Pan Am had the only aircraft that was technologically able to cross such vast distances of ocean.”

Founded in October 19, 1927 by commercial aviation pioneer and entrepreneur Juan Trippe, Pan Am enjoyed a six-decade-plus history rich in a number of firsts. Trippe’s quest to make air travel affordable for the every day traveler on a global basis led to a number of technological advancements (the creation of the Boeing 747, the development of air traffic control systems and international route systems still being used by commercial aviation today) and an elite standard of service that defined the Pan Am brand. It’s a big part of what Freire feels made her former employer so special.

“Trippe always hired people that exuded a sense of professionalism patterned after the Navy, right down to the uniforms,” she said. “Pan Am pilots had white caps. They were considered masters and not just pilots. This is part of it, everyone had to be the best in the industry. It was always about professional appearance and decorum. The branding and brand marketing of Pan Am was so well done from a very early time that it became synonymous with luxury and international travel. I think it had to do with that sense of military-type precision and professionalism that set a standard that was always way above anybody else in the industry. If you wanted the best, you knew to go to Pan Am.”

Freire’s history with the airline started when she was hired in 1979 with her training beginning the following year. The seeds were planted for the Rochester native when she boarded her first Pan Am flight heading off to live with a French family in Paris as part of a foreign exchange student program.

“I’ll never forget the impression that was left with me as this young 18-year-old seeing the flight attendants in their uniforms,” she recalled. “They were impeccably dressed and always had this very professional air about them that exuded this style, sophistication and grace with their uniforms. Everything about them was such perfection and it really appealed to me. After I came back from living in France for two years, I went to university and got my degree. The first thing I said was that I wanted to apply to Pan Am. There was a magazine called Seventeen that a lot of us read as teenagers and there was an ad for Pan Am. I applied to Pan Am, TWA, American and United and I was fortunate—I was hired by all of them. For me, there really wasn’t another choice—it was always going to be Pan Am. Besides that, their training was in Honolulu, so who could say no to that?”

By the mid-80s, Freire switched from being a flight attendant to working in an office position taking over Pan Am’s North Atlantic operation. While Pan Am spent that decade restructuring its fleet and navigating a number of financial and operational setbacks, the bombing of Pan Am flight 103 above Lockerbie, Scotland on December 21, 1988 that resulted in 270 fatalities proved to be a fatal blow to the esteemed carrier. Like other Pan Am devotees, Freire self-admittedly “bleeds blue” and is unwavering in her admiration for Pan Am and Trippe.

“One of the authors of a book on Pan Am is a man named Robert Daly who said in an interview he thought Juan Trippe was a more important figure in the last century than anyone else,” Freire said. “The person interviewing Daly asked if he really believed that and the author said he did because he thought while other people aspired to reach the top of a mountain, Trippe built a road up there.” 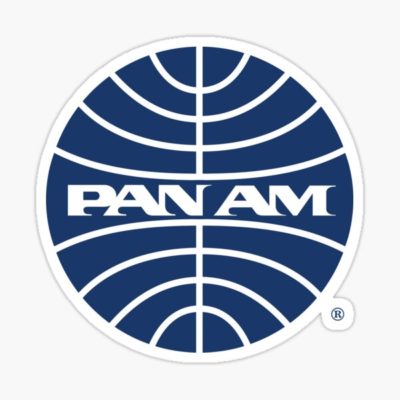 The Pan Am Museum is located at Charles Lindbergh Boulevard at the Cradle of Aviation, in Garden City. Visit the www.thepanammuseum.org or call 888-826-5678 for more information.