No matter how the product on the field is faring, Citi Field remains a great place for a day or night out thanks to a power lineup of food and beverages. And this season, a new element was added to the stadium.

Denmark-based craft brewer Mikkeller expanded to New York City with Mikkeller Brewing NYC, a 10,000-square-foot brewery, bar and dining space at Citi Field in Flushing. The brewery’s first U.S. location outside of California and the latest addition to their lineup of bars, bottle shops and breweries worldwide, Mikkeller NYC is open year round, not just during baseball season. 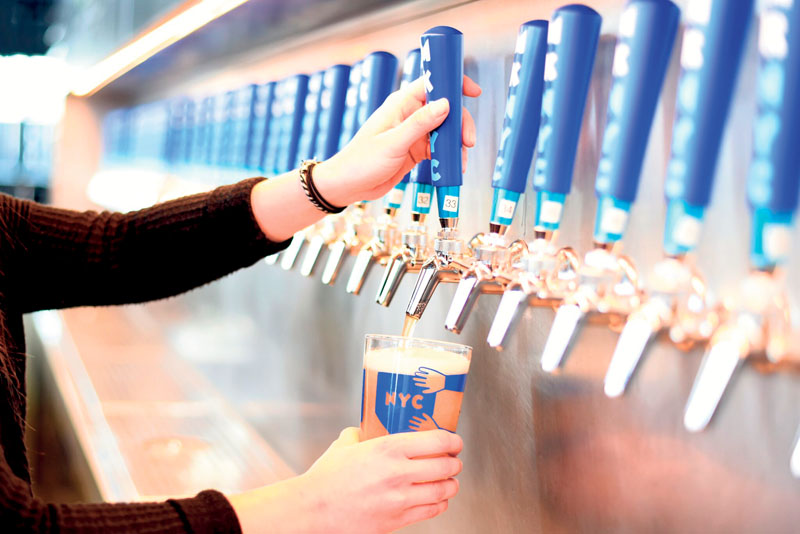 At the heart of the brewery are 60 rotating taps pouring Mikkeller NYC, Mikkeller SD, Mikkeller Denmark and select friends’ brews that can be enjoyed at the bar or in the 120-seat communal dining area.

Cans, bottles and merchandise, all designed by Mikkeller art director Keith Shore, are also available to take home from an onsite shop along with varieties from MKNYC’s friends at other select breweries. Shore’s bold, colorful artwork, sought after by Mikkeller fans and design aficionados alike, also takes the form of larger-than-life murals throughout the space, including a tremendous window treatment visible from the street depicting baserunner Henry sliding towards home, with catcher Sally defending the plate. 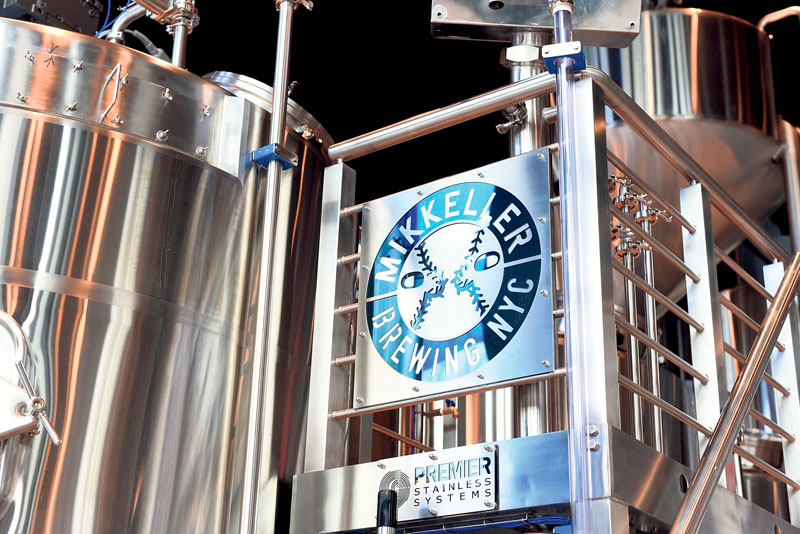 Visible from the dining space is a vast beer production area open to public tours, where a 20-barrel brewhouse, several vertically stacked 20-barrel fermenters and a canning line allow Mikkeller to provide fresh and varied brews on a weekly basis.