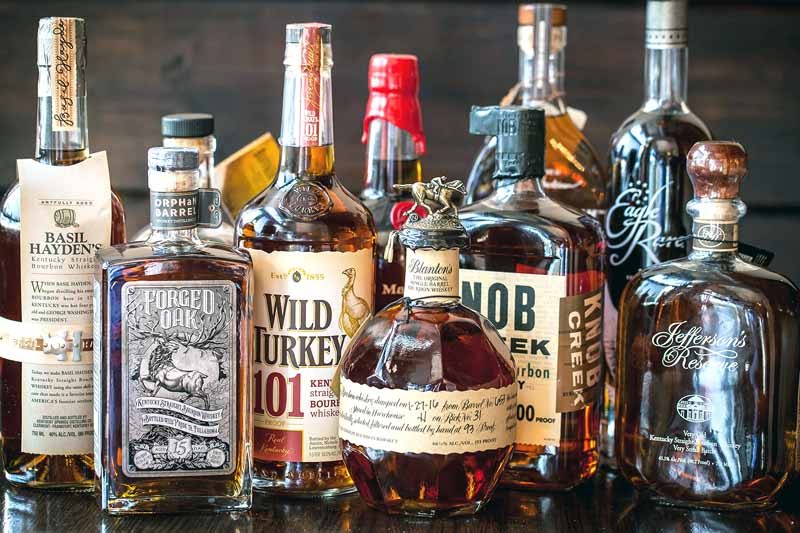 Is bourbon taking over the world? The Distilled Spirits Council, the U.S. industry group for hard liquor, announced last year that export sales of bourbon and its cousin Tennessee whiskey, jumped by 10 percent.

“Bourbon is indeed one of the hottest spirits in the world,” said whiskey expert Tom Fischer, who blogs at bourbonblog.com. “There are no bad bourbons; there are only better bourbons.”

Fischer credits the resurgence of Prohibition-style cocktails and the growth of craft distilleries in the U.S. for some of the increased popularity of the drink. My research into bourbon led me to the ubiquitous Alexander Hamilton. Tom Standage, the author of A History of the World in 6 Glasses, laid the story of the origins of bourbon at the feet of Hamilton, telling the tale of The Whiskey Rebellion of 1791 that led to the development of bourbon, the quintessential American whiskey, and the role that Hamilton played in that piece of our history.

Well, Hamilton did establish a Whiskey Tax, which led to the Whiskey Boys, an impromptu group primarily from Pennsylvania’s frontier counties, advocating secession from the United States. Eventually, many of the Scotch-Irish rebels moved farther west to the new state of Kentucky. There they started distilling corn in addition to the traditional rye.

“The production of this new kind of whiskey was pioneered in Bourbon County, so that drink became known as bourbon,” said Standage. 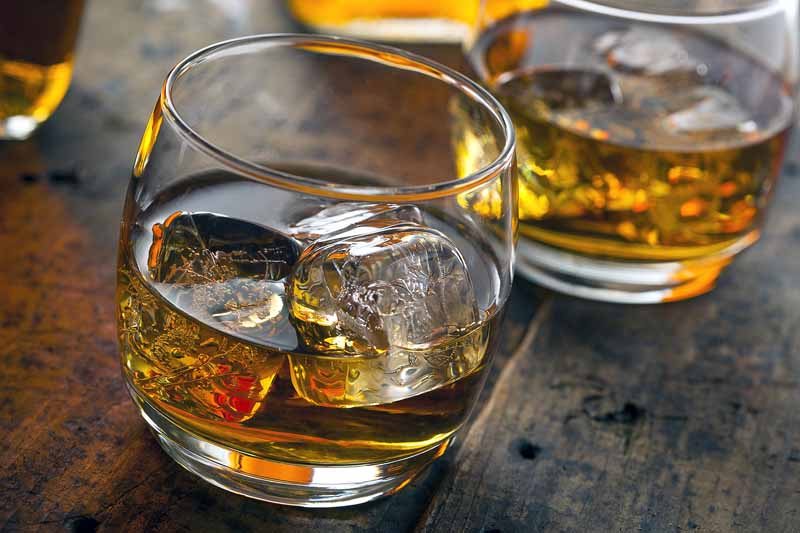 If you want to call it Kentucky Bourbon, then it must be made in Kentucky, but today bourbon is made in all 50 states. Fischer says there are more than 800 craft distilleries in the country. In fact, bourbon is being made right here in Montauk at Long Island Spirits, where they produce Rough Rider Straight Bourbon Whiskey.

Federal standards dictate the rules for distillers in order for their product to be called bourbon. The grains must contain at least 51 percent corn; the mash must be distilled at 160 proof or less and put into the barrel at 125 proof or less and it must not contain any additives. The distillate must be aged in a new charred oak barrel. Most often these barrels are white oak, but they can be any variety of oak.

“If you distill a whiskey in your kitchen that meets all of these standards, congrats, you’ve made bourbon,” said Fischer. “Also, you’ve broken the law; the ATF is probably outside your house right now.”

If you’re new to bourbon, a good way to find out if you like it is to try a bourbon tasting at Mara’s Homemade, a New Orleans-style restaurant in Syosset where their bar stocks around 100 varieties of the drink. Joshua Levi, the chef, owner and bar manager of the restaurant, has made it his business to know whisky. Levi says vodka used to be his favorite but as he was setting up the bar and doing all the tasting with his sister, he developed an appreciation of whiskies—Scotch, rye and bourbon.

Levi can set up a tasting where you will try four bourbons, organized in different categories. He suggested that a good intro to bourbons was his Kentucky Small Batch Tasting, featuring Angel’s Envy, Woodford Reserve Small Batch (the official bourbon of the Kentucky Derby), Jefferson’s Very Small Batch and Four Roses Small Batch. Another category for tasting, called American Bourbon, featured Bourbons from Colorado, Brooklyn, Nantucket and Michigan.

Another way to down your bourbon at Mara’s is at one of their six course whisky dinners, where bourbon is paired with dishes such as fried green tomatoes and hush puppies, deviled oysters and smoked short ribs on corn grits.

Bourbon was recognized by Congress in 1964 as America’s Native Spirit, and the drink inspires some interesting stories. An eighth-generation Kentucky bourbon distiller has been sending barrels of bourbon to sea to gently rock, accelerating the aging process. A bottle of this bourbon, named Jefferson’s Ocean, was sold at auction for $1,000, which was $800 more than the original selling price.

According to Levi, Jim Bean has more barrels of bourbon aging than there are people in Kentucky but the recent surge of interest in bourbon has led to a bourbon shortage. In the past decade, there has been a nearly 40 percent growth in sales of bourbon in the United States, according to the Distilled Spirits Council. There is no minimum aging requirement for bourbon, but to be a “straight” bourbon whiskey, it must be aged for two years or more.

And if you want to call it bourbon, it must be made in the U.S. Otherwise, it’s just whiskey.