Bob Seger: Taking A Ride Out From The Heartland 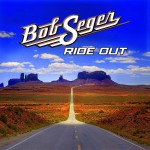 In our corner of the country where Jersey-boy Bruce Springsteen is considered the high-water mark of heartland rockers, I heard my fair share of derision from certain peers whose opinions I respected when Bob Seger was inducted into the Rock and Roll Hall of Fame back in 2004. Call it narrow-minded parochialism coming from my colleagues, but I’ve always felt Seger deserved to be mentioned in the same breath as the Boss thanks to a solid canon of blue-collar rock populated by the same kinds of ordinary folks and situations Springsteen is often lauded for writing about.

And while this is only his second foray into the studio in two decades after taking time off to raise his family, Seger continues to prove he’s got an ear for the kind of character-driven fare his buddy over in Jersey is often lauded for. Unfortunately, the Michigan native’s wheelhouse for this go-round is more in his choice of covers, be it the gnarly John Hiatt paean to cars that is “Detroit Made,” Steve Earle’s gun-violence morality play “The Devil’s Right Hand” or the old timey take on Kasey Chambers’ “Adam and Eve” that’s chock full of banjo, mandolin and fiddle. Equally resonant is Seger’s country-fried take on Woody Guthrie’s “California Stars” that was originally cut by Billy Bragg and Wilco.

Clocking in at a tad over a half hour, Ride Out does have its share of memorable originals that include the anthemic “All of the Roads” and the trio of folky gems found on the deluxe edition: “Listen,” “The Fireman’s Talkin’” and “Let the Rivers Run.” Seger does stumble a bit with the formulaic title cut and its drum machine-like cadence and “Hey Gypsy,” which comes off like generic bar band blues. That said, Michigan’s favorite son shows he has more than enough gas in the tank that might benefit from more frequent visits to the studio.