If nothing else, Bob Mould is a musical oxymoron. Fans know him for the heavy, guitar-driven sound that’s become Mould’s trademark dating back to his days fronting punk legends Hüsker Dü all the way through his time in Sugar and as a solo artist. But wrapped within those power chords and driving riffs is a melodic sensibility and emotional honesty that belies the aggressive point of delivery.

while it’s yielded bittersweet and quasi-dark songs in the past, with last year’s Sunshine Rock, Mould made a pointed attempt to try and be more positive on his thirteenth solo album. He even went so far as to bring string arrangements into the mix. A recent move to Berlin, where he splits time between his new Teutonic home and San Francisco, has helped soften the harder edges of the 59-year-old rocker’s introspective nature. 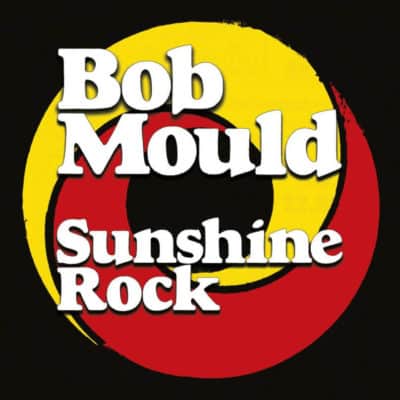 “Beyond the change of environment, which I always think is one of the most important things that goes into making records, well, I made a conscious decision to write as optimistically as I could. The two records prior to Sunshine Rock were both informed by a lot of loss,” he said. “Lord knows, that continues—that’s what we do. For me to break that pattern and not get too far in the hole, it was important to focus on being more optimistic. It’s in my daily nature, but sometimes songwriting is one of those things where we sort of go down the well to sort of get ourselves better. It was a little bit of work to stay bright, given everything that is going on in the world.”

Mould kicks things off with the fast-paced title cut that finds him begging his significant other to be spirited away amid crashing hooks, bell-sounding notes and darting strings while “The Final Years” carries a Cure-like vibe to it as Mould ponders his mortality while asking, “Where did I put my sense of misplaced rage?” And while he’s quick to lash out over betrayal throughout the rager “I Fought,” he’s equally unforgiving of himself amid the chugging melancholy of “Lost Faith,” where he promises, “Baby, we all lose faith in troubled times, you know I’m gonna be right here.” Elsewhere, a herky-jerky cover of the Shocking Blue nugget “Send Me a Postcard” fits in snugly amid the Mould originals with its jagged cadence and ragged beauty. And while he recorded this batch of songs with assistance of bassist Jason Narducy and drummer Jon Nurster, Mould will be embarking on this string of dates as a solo act, which will make for an interesting experience given that he’ll be plugged in and cranking up the volume.

“My current show will be loud and aggressive. There will be some quiet moments. Bring your knowledge of the records and after maybe 15 or 20 minutes, you’ll be able to imagine all the other parts that are missing, whether it’s bass or drums. It will be a shock at first, then you will get attuned to what’s happening and you’ll be able to hear it more clearly,” he explained. “It’s sort of a blur for a bit. Then I think people sort of lock into what’s happening and then it gets real fun. That’s typically how it looks to me from my vantage point.”

It’s all a long way from Mould’s earliest musical memory of discovering his parents’ copy of the soundtrack to Around the World In 80 Days at the age of 3 and being fascinated by the fact that this giant piece of cardboard with balloons on it contained a piece of plastic inside that produced sounds when you played it on a machine. 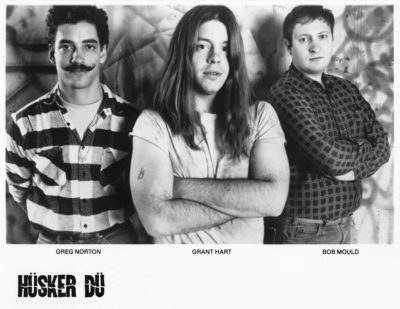 While he admits he didn’t “…particularly live and die for that particular soundtrack,” heavy metal circa 1975 and eventually the inspired fusion of loud guitars and pop sensibilities produced by Ramones and Buzzcocks eventually led to his forming Hüsker Dü in 1979 with Grant Hart and Greg Norton while Mould was a freshman at Macalester College in Minnesota. While the power trio made its mark as cornerstones of American alternative music in the ’80s, Mould made a name for himself following the band’s break-up, both as a solo artist and in Sugar. The emotional depth of Mould’s solo work has found him compared to Richard Thompson, which became even more humbling for the punk rock singer-songwriter when he was asked to play the latter’s 70th birthday celebration at Royal Albert Hall last year.

“It was unbelievable. Richard is one of the masters of the instrument. It’s embarrassing as a guitarist to look at what he does and know I’ll never get there and be like, ‘why bother?’ We had met a couple of times and I was just thrilled when he asked if I would be part of the show. I was even more stunned when he said we should do ‘Turning of the Tide,’ because he did that on his tribute record and he also suggested my doing ‘If I Can’t Change Your Mind’ too,” Mould recalled. “It was perfect. They’re both in the same key. They’re both the same tempo and we’ll just smear the two together. It was really a thrill and a super-fun time. Richard is great.”

Ironically, Mould came to Thompson rather late in life.

“I had no idea about him or his work until I was about two-thirds of the way through [the 1989 album] Workbook. I let a friend of mine in the Twin Cities listen to what I was working on and he asked if I had ever heard of Richard Thompson,” Mould shared. “I said, ‘No, who is that?” He laughed and said I better listen because what you’re doing sounds a lot like his stuff. I listened and thought it was too late to change.”

It’s Shatner’s World: We Just Live In It

The term Renaissance man has a tendency to be sprinkled around a little too liberally. But what other term can you use to describe...
Read more
Arts, Music & Entertainment

The dog days of summer are upon us and the temperatures are just beginning to rise. Stores are already preparing for back to school...
Read more

Nassau Coliseum revealed its first set of seats from the newly renovated building on Tuesday, Jan. 10. The seats, part of the Coliseum’s Long...
Read more
Sports

Matthew Mortensen never expected that what started out as a bonding experience with his dad would turn into a career, let alone two turns...
Read more
Nassau News

Locavores across New York State are taking action this September to unite with organic farmers to support local, organic food and farming during the...
Read more
Lifestyle & Culture

Hope On The Hoof

This year is a special year, one that comes around only once every four years: Leap Year. That means we get an extra day,...
Read more

Once again it’s time for Munch Madness—that competitive time of year when snacks from the frozen food aisle are hand-picked for a tournament-style smackdown....
Read more
Food & Leisure

In honor of National Dog Day on Aug. 26, HelloFresh and Chewy have teamed up to show the world that it’s okay for your...
Read more
Chef's Corner

Chef Lidia Bastianich celebrates the holidays by sharing culture and a love of home The holidays are a time of family, tradition and an abundance...
Read more