When it comes to the creative process, no one can ever accuse The Black Keys of ever taking a complicated approach to scratching their musical itch. It’s an approach guitarist/vocalist Dan Auerbach and drummer Patrick Carney have perfected since the duo got together at Akron’s Firestone High School back in 1996. Most recently, that unspoken compositional ESP carried the twosome through the pandemic and yielded two recordings in as many years—2021’s Grammy-nominated collection of hill country blues songs that is Delta Kream and the recently released Dropout Boogie. That innate Buckeye symbiosis led to the former being cut in a day and a half with the latter being a far strenuous affair by coming to completion around the 10-day mark. For Auerbach, it was a matter of forward motion providing the fuel for this kind of prolificness.

“We had just come out of that Delta Kream record and with us loving how well it turned out, we just kind of took that momentum and went right into this new record,” he explained. “It was great—we didn’t really think about it too much. There are three or four songs on the record that are first takes and we only played once and haven’t played since but we’ll definitely play again. It’s that kind of thing. And then there are other songs like ‘Wild Child’ that we spent a little bit more time on. But I think it was a healthy mix of both—studio creations and total improvisations. I think that blend gives it a good raw sound. If you’re fortunate enough to be in a situation like I am with Pat where we don’t even have to talk—you can just go in and let whatever natural chemistry evolve. I think it’s a real blessing and you can hear it on the records.” 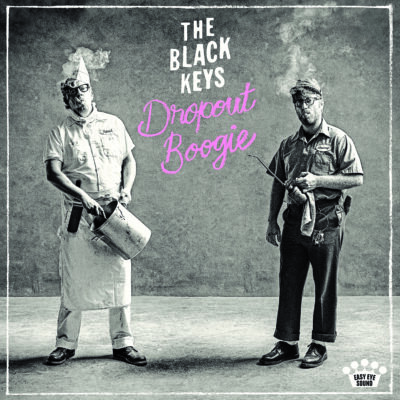 What can be heard in the 10 songs that make up Dropout Boogie is a free-wheeling looseness that starts with the irresistible rocking opener “Wild Child” and doesn’t stop right through closing cut “Didn’t I Love You,” a hypnotic fuzz guitar-soaked blues jam that falls somewhere between Canned Heat and CCR. Elsewhere, the duo dabble in psychedelic soul by way of “It Ain’t Over” and its stacked wailing harmonies while Carnery’s loose-limbed timekeeping provides a perfect counterpoint to Auerbach’s plaintive vocals on the emotive “How Long?” And while the Keys have historically kept the creative process to within their small circle, save for a few times of working with respected producer Dangermouse, Boogie found the Buckeye twosome inviting in Greg Cartwright (Reigning Sound), Angelo Petraglia (Kings of Leon) and Billy Gibbons of ZZ Top. It’s a move Auerbach admits was one of the main differences he and Carney took on this project as opposed to prior outings.

“We try to keep it simple and not think about [the creative process],” he explained. “But we did try a couple of things on this record differently—like have outside writers like Greg Cartwright and our buddy Angelo come in and do some writing, which is something we’d never done that before. The closest we came to that was working with Dangermouse. It was like that from the beginning probably due in part to insecurity and not being confident enough in ourselves to let other people into our world, which I think probably helped and hurt us equally. We put out five records before anything got played on the radio. The only time anything got played on the radio is when we decided to go into an actual recording studio for the first time and work with somebody else and see what it’s like. We had such a good experience working with Brian [Burton] and learned so much.”

Longtime supporter and friend Gibbons (“He came to see us in New Mexico one time on one of our very first tours where it was just Pat and I in a minivan. He’s been on our team for a long time.”) proved to be a welcome guest at Auerbach’s Nashville-based Easy Eye Sound studio.
“I heard that he was in town, so I texted him and told him if he was free, to stop by because Pat and I were going to be hanging out and recording. A few hours later I got a text that said, ‘I’m headed over hombre,” Auerbach said with a laugh. “He showed up with a bottle of red wine and no guitar. We poured him a glass, handed him a guitar and he plugged it straight into an amp. We just started improvising for an hour and a half. One of those improvisations was ‘Good Love.’ We didn’t talk about what the hell we were doing because we were just having fun. It was awesome. We sent him the record and texted him and he loved it man. It was cool. He’s just a big hero of ours.” 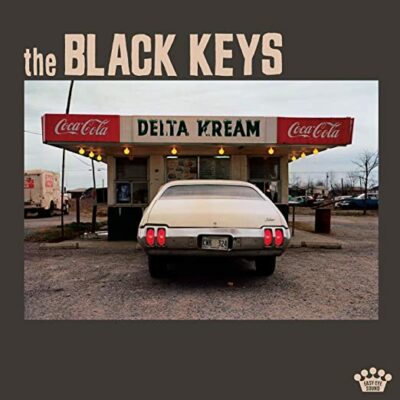 With The Black Keys having released 11 albums since dropping the 2002 debut The Big Come Up, its no surprise that music was a big constant for Auerbach dating back to a childhood full of memories ranging from his mother playing Scott Joplin rags and “The Entertainer” on piano to his dad playing records from everyone from The Beatles, Rolling Stones and the Grateful Dead to Robert Johnson and Son House. But it was Auerbach’s mom’s musical side of the family that inspired him to pick up a guitar.

“Whenever we had family reunions, I would see acoustic guitars, mandolins, harmonicas and upright basses and everybody would be singing harmonies, so there was a lot of music growing up,” he said. “My uncles all had Martin guitars, played bluegrass and sang. I idolized them and wanted to be able to join in and play music with those guys.”

One relative he formed a solid connection with was the late Robert Quine, a storied guitarist best known for his work with Lou Reed and Matthew Sweet. A second cousin once removed, Auerbach remembers Quine having some reluctance about having a familial meet-up.
“He grew up one block north from me,” Auerbach recalled. “His mom and dad, Rosalie and Bob, would always come over for dinner or we’d go over to their house. I hung out with Robert one time at his mom’s after my mom made him meet me. I think he probably assumed I was going to be some snot-nosed kid with a Limp Bizkit record or something. But I showed up with a couple of pawnshop guitars and a Junior Kimbrough record and he’d never heard Junior Kimbrough before. I played it for him and he was fucking ecstatic and into it. He started telling me about his whole life and guitar. We really hit it off and I felt a real connection to him. He really opened up to me and said when we play New York City to call him. The rest of my family thought he was a prickly guy, but that’s because he was a music obsessive like me. I think we kind of understood each other a little bit.”

That restless creativity continues for Auerbach, who is embarking on the road with Carney on the road. Band of Horses are opening for all the dates while a trio of artists—Ceramic Animal, Early James and the Velveteers—all who record for Auerbach’s Easy Eye Sound label, will open at select dates. Fans can expect the Keys to “…play some of the hits of course. We’re also going to play a little bit from all of the catalog start to finish.” In the meantime, the band is keeping it simple while continuing to let the creative juices flow.

“We never try to reinvent the wheel,” Auerbach said. “I think a lot of modern-day bands, especially bands that have gone to college, they tend to try and reinvent themselves every single record. We’re just fortunate that we’ve had our own thing since we were 16 or 17 and we just lean into that. The fact that I get to make a different record every couple of weeks in the studio—I don’t feel the need to reinvent myself. It’s like putting on a comfortable pair of boots that are worn in and formed to my feet. We just get in there and do our thing. We’ve been working nonstop on new music and probably have more than half of it done with some special guests coming in and writing with us. Not being on the road has really been helpful for Pat and I and our relationship. I just think we feel more creative than ever I must say.”