A year of Hollywood classics

Film historians often consider 1939 to be the greatest year in the history of Hollywood. With film production at the height of its Golden Age, 1939 was a milestone year for movies, with many becoming honored as all-time classic films.

With several blockbusters up for awards, many pushed the boundaries of what was the norm for the silver screen. The following films were not only nominated for an Academy Award for Best Picture in 1939—ultimately losing out to Gone with the Wind—but were noteworthy on their own terms.

The Wizard of Oz

It is considered by many to be the most watched film of all time. Based on L. Frank Baum’s novel, The Wonderful Wizard of Oz, on Aug. 15, The Wizard of Oz premiered at Grauman’s Chinese Theater in Los Angeles. While the film didn’t win Best Picture, it did nab Best Original Song for “Over the Rainbow” and Best Original Score by Herbert Stothart. The Wizard of Oz became legendary for its use of Technicolor, bringing to life iconic scenes such as when Dorothy wanders into the colorful Munchkinland, travels the yellow brick road and journeys to Emerald City, leaving behind her sepia-toned Kansas life.

Emily Brontë’s classic novel of the same name came to life in black and white that year. Set in 19th-century England, the film tells the story of wealthy young Cathy Earnshaw (played by Merle Oberon) and her loving bond with Heathcliff (Laurence Olivier), a poor childhood friend who now works in her family’s stables. A unique love triangle develops when the affluent Edgar Linton (David Niven) pursues Cathy, causing Heathcliff to leave. He later returns with his own self-made fortune to declare to Cathy, but it may be too late. The drama romance film took home the Academy Award for Best Cinematography, Black-and-White. For starters, the two leads abhorred each other, Olivier did not care for director William Wyler and the film took complete liberties with the final scene, which provided a stark contrast to what many believed Brontë wanted her readers to understand. Fun fact: Vivien Leigh, who was Laurence Olivier’s love and future-wife, wanted the role opposite him, but instead, the studio went with Oberon. But don’t feel too bad for Leigh, as that same year she was cast as Scarlett O’Hara, later taking home the award for Best Actress.

Frank Capra produced and directed James Stewart and Jean Arthur in this political comedy-drama, which premiered on Oct. 17, 1939 in Washington, D.C. Mr. Smith Goes to Washington was nominated for 11 Academy Awards, winning for Best Original Story. The film details the story of a newly appointed United States Senator who fights against a corrupt political system. Although controversial when first released, it was hugely successful at the box office, making Jimmy Stewart a major movie star. Many have called Mr. Smith “one of the quintessential whistleblower films in American history.”

When a no-nonsense Soviet Union diplomat Nina Ivanovna “Ninotchka” Yakushova (Greta Garbo) arrives in Paris to ensure the sale of jewels seized during the Russian Revolution, a carefree bachelor Count Leon d’Algout (Melvyn Douglas) attempts to intercept the valuables on behalf of their former owner. Despite their conflicting allegiances, the icy Ninotchka soon warms to Leon’s charms. Ninotchka was Greta Garbo’s first full comedy, and her penultimate film.

Ninotchka was apparently based on a three-sentence story idea by Hungarian writer Melchior Lengyel, who also wrote the screenplay. It is also noted as one of the first American movies that, under the veil of a satirical, light romance, depicted Joseph Stalin’s Soviet Union as “rigid and gray,” compared to the free and sunny Parisian society of pre-war years.

For those who love Westerns and John Wayne, Stagecoach was the breakthrough role for the man known as Duke, synonymous with frontier-style films. The movie follows a group of strangers riding on a stagecoach through dangerous Apache territory. Stagecoach has long been recognized as an important work that transcends the Western genre and like many films in 1939, was deemed “culturally, historically, or aesthetically significant” by the United States Library of Congress and selected for preservation in their National Film Registry. Stagecoach won the Academy Award for Best Music (Scoring) and Thomas Mitchell (who also played Gerald O’Hara, Scarlett’s father) won the Academy Award for Best Supporting Actor in the film. 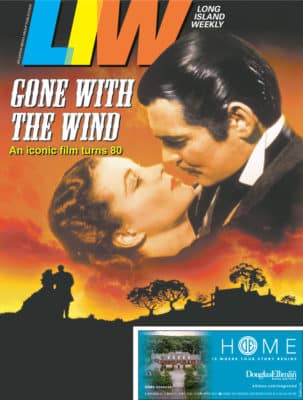