Three Ways To Put A New Twist On An...

By Kate Pearce Keep Historic Charm with Modern Materials With so many gorgeous older homes in the Northeast, it’s important to find innovative ways to preserve...
Read more
Design & Décor

Traci Clinton shares advice for loving the home you are in or preparing it for its best sale The COVID-19 pandemic has given many homeowners...
Read more
Calendar

Here is a sampling of the happenings in the Long Island Weekly coverage area. Wednesday, June 16 Bird Walk Hosted by the North Shore Audubon Society at...
Read more
Nassau News 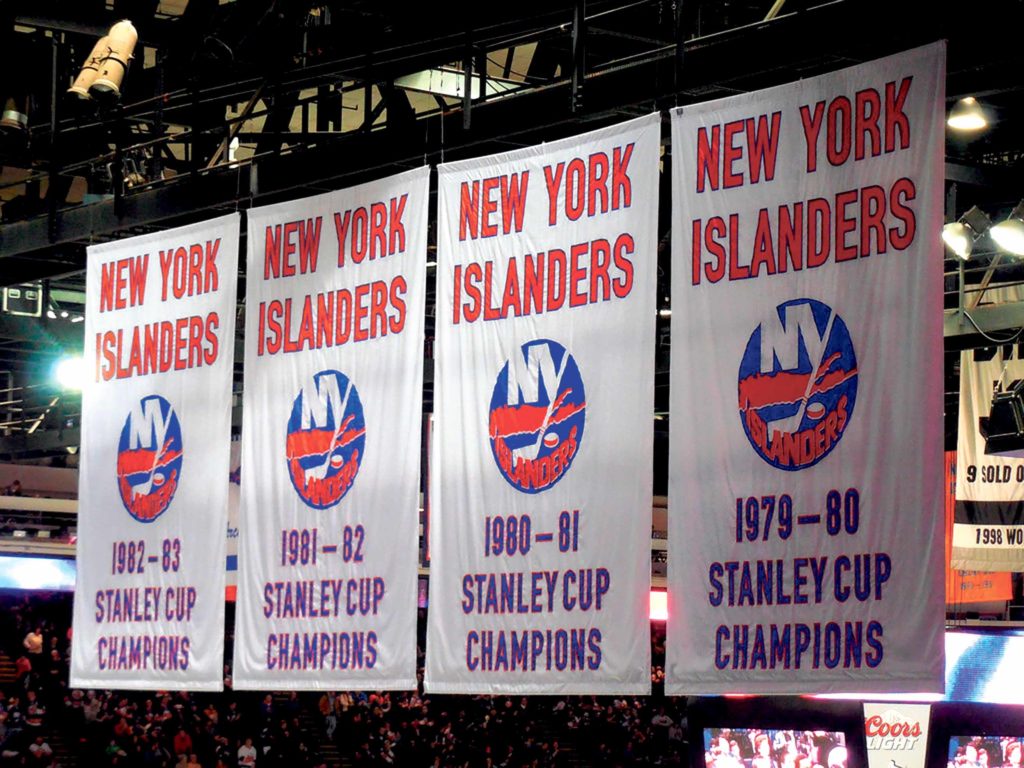 Despite what some might have you believe, the New York Islanders have a rich history of success that goes beyond the team’s four Stanley Cup championships in the 1980s. Some were mere moments that made the old barn at Nassau Coliseum shake—like the Shawn Bates penalty shot against the Toronto Maple Leafs in the 2002 playoffs—while others were record-breaking streaks that stand to this day—like the streak of 19 consecutive playoff series victories from 1980 through 1984.

Bolstered by these moments and more, the team’s die-hard fans have remained faithful to the orange and blue even through trying times and disastrous seasons—ready and waiting for more ice-bound celebrations when the team returns to the Island via a new arena at Belmont.

In the Islanders’ third season of existence in 1975, the team’s first foray into playoff hockey culminated in a conference final loss to the Philadelphia Flyers, the eventual champions. But along the way, the Islanders defeated crosstown rivals New York Rangers in the first round and came back from a 3-0 series deficit against the Pittsburgh Penguins in round two. A sign of things to come for the glory days of the early 1980s.

Winning the seventh game of a Stanley Cup playoff series on an overtime goal is impressive enough—doing so in the fourth overtime makes it epic. Played in 1987 on Easter Sunday at the Capital Centre in Landover, MD, the Isles’ Pat LaFontaine scored the decisive goal against the Washington Capitals at the 60:47 mark, or 1:58 a.m. local time, 6 hours and 18 minutes after the first face-off. Isles goalie Kelly Hrudey carried the team to victory, stopping 73 shots, including 50 straight from the second period to the end of the marathon game.

In 1993, the two-time defending Stanley Cup Champion Pittsburgh Penguins were everyone’s favorite to once again hoist Lord Stanley’s cup—everyone, except the scrappy New York Islanders, who dethroned the champs with an overtime goal by David Volek in the seventh game of the second round Wales Conference Playoffs. The victory is even more impressive considering the Islanders were missing leading scorer Pierre Turgeon—who was felled via a dirty hit in the previous round—and considering the loaded Penguin team featured the likes of Mario Lemieux, Jaromir Jagr, Kevin Stevens, Rick Tocchet and Ron Francis.

End Of An Error

That victory against the Penguins would be the last taste of playoff hockey for the franchise until 2002, when the Islanders, led by captain Michael Peca, sniper Alexi Yashin, defensive stalwart Kenny Jonsson, goalie Chris Osgood and coach Peter Laviolette, finished second in the Atlantic Division with a record of 42-28-8-4 and 96 points—punching their ticket to the postseason to face the Toronto Maple Leafs. The Isles would eventually lose that series in a hard-fought seven games.

When the Islanders drafted John Tavares first overall in 2009, many fans felt it was a sign the team’s fortunes were going to change for the better. And while the Cup has yet to return to the island, the captain did deliver the team’s first playoff series victory since 1993. In double-overtime of game six against the Florida Panthers, Tavares grabbed his own rebound, and in true full-circle style, curled behind the net and stuffed the game winner past former Islanders goalie prospect Roberto Luongo for the series victory.