The Beverage That Goes With Any Plate—Or Palate

Beer might eclipse wine as meal drink of choice 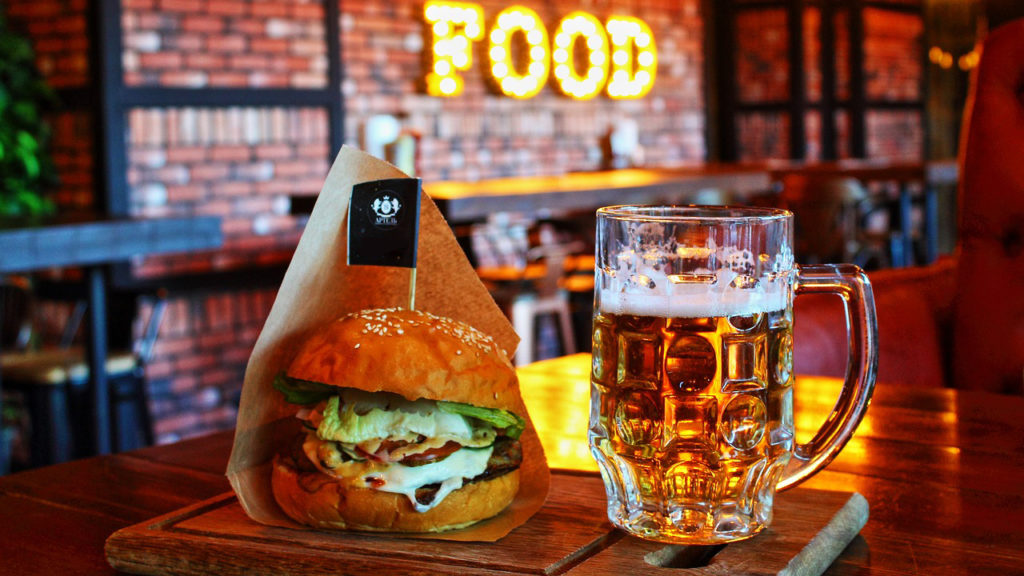 You don’t have to be a gourmand or wine connoisseur to know about the traditional pairings.

As a rule, red wine goes with meats while white wine is served with fish. Which leads to the question that has bedeviled countless diners: what do you order with surf & turf? A rosé?
Similarly, beer in all its varieties lends itself to pairings that can enhance a meal and bring out subtle flavors in food. In fact, beer experts argue that the beverage surpasses wine in this virtue.

The explosion of the craft beer industry has brought to the fore new brands and previously unknown combinations.

Hops, water, barley malt and yeast remain the beverage’s basic ingredients.
But what brewers have done with the addition of a few more vital ingredients (fruits, nuts, chocolate and even vegetables and licorice) and different aging methods (usually barrels of varying woods) has transformed the once staid business; this is no longer your father’s era of Miller, Schaefer, Rheingold and Budweiser.

There are two broad categories of beer, ales and lagers, with many styles of beer falling under one or the other column. The difference in the two lies in the fermentation methods and temperature used. In keeping with the wine metaphor, ales are akin to reds and lagers to whites.

Sommeliers in the larger cities and websites have sprung up to guide those who eat out or prepare their own meals with making pairing choices.

The interaction with food comes from the flavor imparted by two of the main ingredients: hops contribute bitterness while barley provides sweetness, and brewers have learned to control endless combinations of those qualities.

Lagers can be had with shellfish, light seafood, sushi, grilled pork and chicken, light pasta dishes (without cream or meat sauces), Mexican food and spicy food.

Again, from Epicurious: “Ales tend to be fruity and robust, while lagers are crisp and comparatively delicate. In terms of body, there are three types of beer (like wine): light, medium, and heavy. Generally you can pair light dishes with light beer and heavy dishes with heavy beer.”

Ultimately, taste is subjective, and one can experiment and “break the rules.”

Finally, of course, beers contain varying amounts of alcohol, and should not be abused.