EntertainmentBooksMike Barry - Eye On The Island 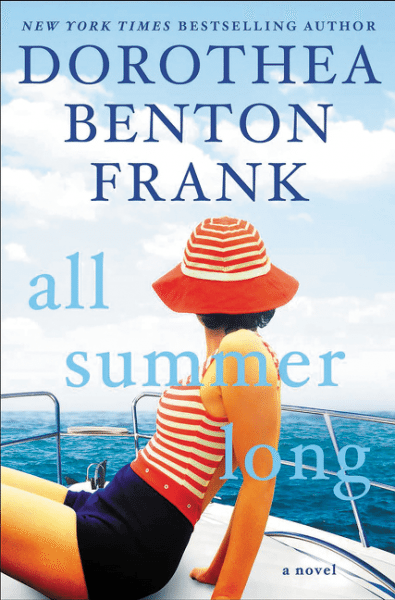 Frank, a witty and talented writer, will discuss and sign copies of All Summer Long (William Morrow), which was published in the spring of 2016. Its characters operate in the usual locales Frank focuses on—Manhattan, and South Carolina’s Sullivan Island. A Nassau County audience may also appreciate All Summer Long’s shout-out to the Long Island Café, an actual restaurant in Isle of Palms, SC, not far from Charleston. 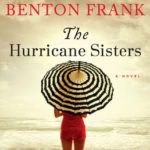 Frank, the married mother of two grown children, was born and raised in South Carolina and splits her time in real-life between New Jersey and her home state. In October 2014, Frank was the guest speaker at a Friends of the Manhasset Public Library fundraiser in Manhasset, where she spoke about her 2014 novel, The Hurricane Sisters. It tackled the issue of domestic violence.

All Summer Long is lighter fare, telling the tale of Manhattan-based interior designer Olivia Ritchie and her husband, Nicholas Seymour, a retired college history professor. One of Ritchie’s deep-pocketed clients is Robert Vasile, a billionaire. Vasile’s stormy personal life is one of the novel’s major sub-plots. Meanwhile, all is not going well with Olivia and Nicholas’ marriage because Nicholas desperately wants to live full-time in South Carolina while Olivia, who is younger and still wants to work, is reluctant to make the move.

Olivia is also keeping a big secret from Nicholas—her business has slowed considerably, and the family’s bank account is running low. Nicholas only learns of the couple’s impending financial distress after buying a barbeque grill for $4,000. His wife, who manages the family’s finances, then has to tell him the truth.

“After 14 years of bliss, the honeymoon was officially over,” Frank writes. “Olivia’s secrecy wasn’t fatal, but it created an ugly undercurrent of mistrust. Nick was left to wonder if she [Olivia] had hidden something so critical to their security, what else might she be hiding?” For her part, Olivia wondered to herself whether Nick could return to teaching, albeit part-time, at either The College of Charleston or The Citadel to earn additional money.

Without giving away too much of the plot, All Summer Long’s penultimate scene occurs when Vasile’s current and ex-wife cross swords at the wedding of Vasile’s adult son, held on a yacht off the coast of Spain. Yes, Olivia and Nick are there. You’ve got to spend money to make money, and Olivia in the end proves to be good at both.