So, you have decided to book a trip to beautiful Barcelona. Although Madrid is the capital city, Barcelona is the cosmopolitan capital of Spain’s Catalonia region, famed for its unique architecture. With so much to do in this walkable city, Barcelona’s history, culture, art and cuisine are at your fingertips, if you know where to begin your tour.

The most famous street in central Barcelona, tree-lined La Rambla is perfect for shopping, sightseeing, or taking some time out for coffee and tapas at a local café. The street is dotted with kiosks that sell food, drinks, art, souvenirs and items such as newspapers and postcards. La Rambla stretches for 1.2 kilometers connecting Plaça de Catalunya in the centre with the Christopher Columbus Monument at Port Vell.

Founded in 1820, this pasteleria has been sweetening Barcelona with delicious confections, chocolates, breads, cakes and coffees for decades. Many people recommend bunyols de xocolata, little round pastry balls filled with chocolate cream, but croissants, pasteles, cookies and tortas are all delicious options.

Close to La Rambla, this public square in the Barri Gòtic of Barcelona is a popular local and tourist attraction. On the plaza are a large number of restaurants and some
of the city’s most famous nightclubs. 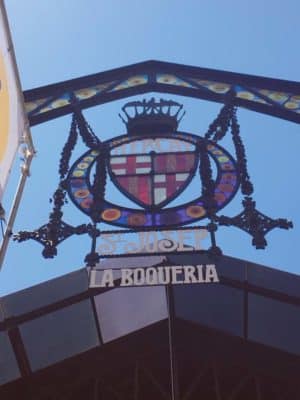 Packed with fresh fruits, vegetables, fish and other local foods, La Boquería is one of the largest and freshest public markets in Barcelona. Visit the website to see a map of the vendor stalls and what they sell, but be sure to get there early, as crowds are quite large around noon. Barcelona’s crown jewel, Iberico ham awaits you as well as fresh cheeses, candied fruit, refreshing fruit juices, empanadas and other high quality market goods.

This stunning concert hall was built by architect Lluís Domènech i Montaner between 1905 and 1908 for the Orfeó Català, a choral society founded in 1891. A richly decorated façade includes traditional Spanish and Arabic architecture, blended with red brick and iron, tile mosaics and stained glass. The most visually stunning element is inside the concert hall where visitors can look up and see a rainbow of natural light courtesy of a massive stained glass skylight.

This idyllic and green oasis is located on the northeastern edge of Ciutat Vella and encompasses several attractions on the grounds including the zoo, the Catalan Parliament and the Museu d’Art Modern. Perfect for a morning stroll or to relax during lunch by the fountains, this park is not to be missed.

As the national museum of Catalan visual art, the Museu Nacional d’Art de Catalunya (MNAC) encompasses one thousand years of art in Barcelona. It is especially notable for its outstanding collection of Romanesque church paintings, and for Catalan art and design from the late 19th and early 20th centuries. Hang around for sunset where you can see
the The Magic Fountain of Montjuïc (Font màgica de Montjuïc) water show, in which 3,620 water jets circulate 2,600 liters of water every second in the 3.1 million liter pool, spouting an array of colorful waterfalls timed to musical accompaniments. 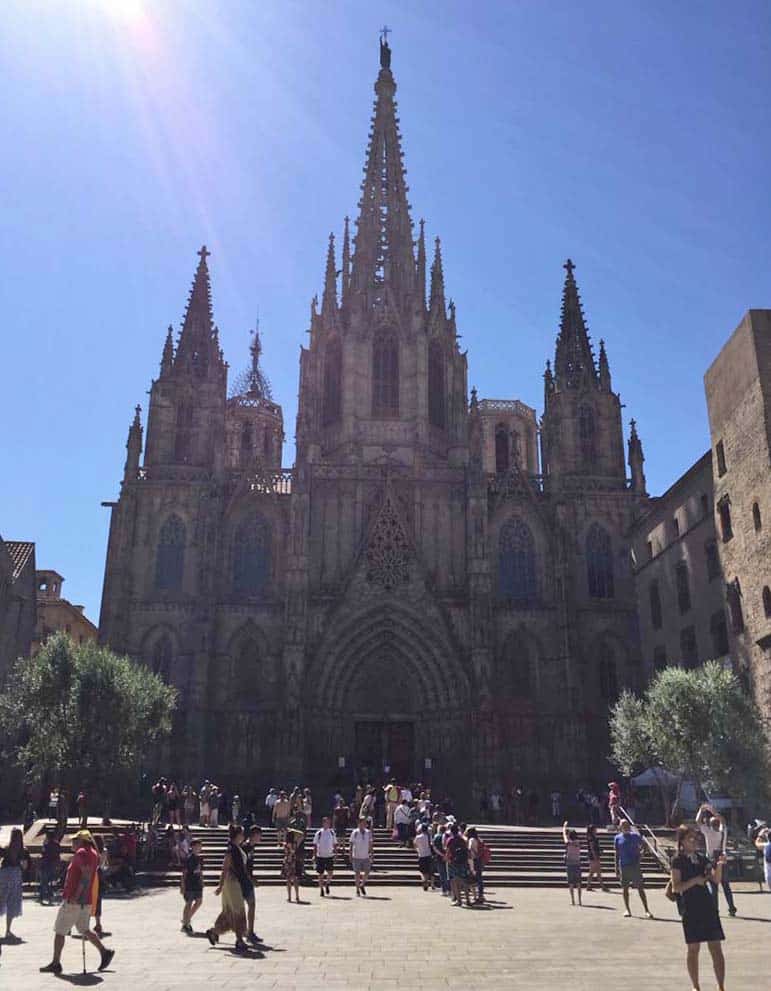 Also known as the Cathedral of the Holy Cross, Barcelona Cathedral is an effortless beauty constructed from the 13th to 15th centuries. A prime example of Gothic architecture, the roof is notable for its gargoyles, featuring a wide range of animals, both domestic and mythical. The cathedral is dedicated to Saint Eulalia, the co-patron saint of Barcelona, who, according to Catholic tradition, suffered martyrdom during Roman times in the city. Her body is entombed in the cathedral’s crypt.

Another famous man in Barcelona was Pablo Ruiz Picasso, a Spanish artist whose love affair with Barcelona lasted until his death in 1973. The museum houses 4,249 of Picasso’s paintings and drawings that make up this impressive collection from his most famous to his lesser known, but equally brilliant works.

As the most distinguished and well-known beach in the city, this seaside oasis is located in the fishing quarter of the same name, Barceloneta, the classic neighborhood by the sea. It is thought to have inspired Miguel de Cervantes as the setting for the fight between Don Quixote and the Knight of the White Moon.

This trendy area of Barcelona is known for its medieval streets, designer boutiques and numerous cafés and bodegas. It is also home to some of the city’s oldest buildings like the Santa María del Mar, or “Sea Cathedral.” And if La Boqeria was too crowded for you, fear not because the Santa Caterina Market will give you that sense of local life you missed as one of the best food markets in Barcelona.

When in Europe, take in a football match. When in Barcelona, head to Camp Nou, the home stadium of FC Barcelona and see these athletes engaged in one of the country’s famous sports. 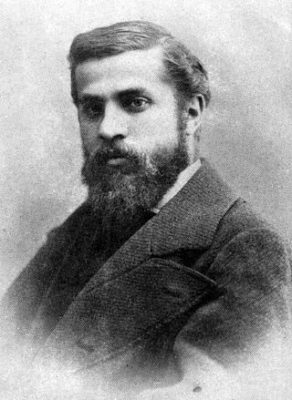 Antoni Gaudí: One Of A Kind

The man who epitomized color, creativity and Catalan Modernism

Antoni Gaudí (June 25, 1852 – June 10, 1926) was the most famous and admired Spanish architect, known as the greatest exponent of Catalan Modernism. His works possess a highly individualized, unique style, most of which are located in Barcelona. As a leading figure of Catalan’s Art Nouveau movement, Gaudí believed in a style that transcended architectural movements. In his early life, Gaudí was inspired by the Oriental movement, which gave way to the neo-Gothic style before being fully influenced by the Gothic Revival. Barcelona is synonymous with his magic, many of which are open to the public.

The most famous of all Gaudí’s works, and an iconic monument to Barcelona, Sagrada Familia has been under construction since 1882. Spanish for “Holy Family,” less than one third of the church was completed by the time of Gaudí’s death in 1926. It is scheduled to be completed in 2026, on the 100th anniversary of the architect’s death. Gaudí utilized an inverted model when designing, suspending strings and weights upside down that gave shape to the cathedral. The most visited monument in Spain, Sagrada Familia was declared a World Heritage Site in 2005.

One of Gaudí’s first major works is also one of his most spectacular creations. Originally built as a residential building for entrepreneur Manuel Vicens, Casa Vicens has served as a private residence ever since. In March 2014, it was purchased by MoraBanc group, which pledged to renovate and open it to the public as a museum. In 2005, Casa Vicens, too became one of the four Gaudí buildings that were added to the UNESCO World Heritage Site of “Works of Antoni Gaudí.”

The most conventional of Gaudi’s works, Casa Calvet was designed as a two part property for the industrialist Pere Calvet: one part residential and the other part commercial. While it does feature distinctive Gaudí touches, Casa Calvet blends in with other buildings in the area.

One of the most colorful and beautiful spots in Barcelona, a walk through Parc Güell is a walk through a dream. Created for Catalan businessman Eusebi Güell, the Park Güell is one of the most famous and beautiful public parks in the world, even though it is considered incomplete. Originally conceived as part of a housing development in Barcelona, today, the site features original Gaudí sculptures, mosaics and various structures. In 1984, it was recognized as a World Heritage Site. Gaudí also built the Güell Pavilions (1884–87) located within the park.

One of Gaudí’s first works and perhaps one of his greatest masterpieces of the late 1880s, Güell Palace was commissioned by one of Gaudí’s greatest admirers—Eusebi Güell, who used the home as his residence for two decades before moving to a house in Parc Güell. In 1984, the palace became one of the first three Gaudí’s works to be declared a World Heritage Site. Located on La Rambla, the palace is known for its innovative conception of space and light as well as its use of stone, wood, wrought iron, pottery and glass.

Also known as La Pedrera or “the stone quarry,” Casa Mila is one of the best examples of the architect’s creativity. Free of load-bearing walls, the structure is open and airy, allowing natural light to flow throughout. A part of the original UNESCO World Heritage Site since 1984, the house was built for Pere Mila i Camps and Roser Segimon i Artells. It is now home to the Fundacio Catalunya-La Pedrera.

Also referred to as the “House of Bones,” Casa Batlló wasn’t actually built by Gaudí, but he made it one of the most famous building’s in Barcelona. In 1904, Gaudí was hired by Joseph Batlló to redesign the home. In 1906, Gaudí completed what became one of his most spectacular works: a trendy, eye catching building with colorful and fanciful designs. Much of the façade is decorated with a colorful mosaic made of broken ceramic tiles. Inside, the Noble Floor currently houses a museum that is open to the public. In 2005, Casa Batlló became a part of the extended UNESCO World Heritage Site of “Works of Antoni Gaudí.”