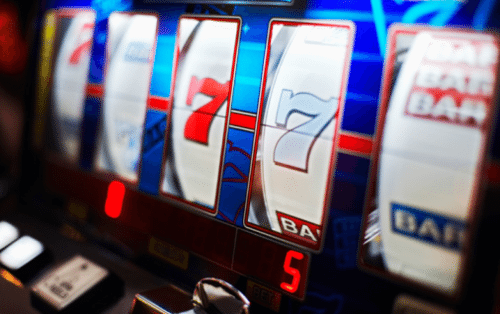 The Floral Park Board of Trustees voted unanimously last Tuesday night against the prospect of video lottery terminals being installed at neighboring Belmont Park.

Reacting to recent news reports and statements from Nassau OTB, Floral Park Mayor Thomas Tweedy and the village trustees drew a line in the sand on the issue at the village board meeting that they had drawn before.

“Floral Park does not want or need VLTs at Belmont Park,” Tweedy said, reiterating a position the village board took when the idea was first proposed in 2007.

He said the village board had also opposed proposals in 2011 for a casino to be operated by the Shinnecock Indian Nation at Belmont Park.

Community leaders and residents uniformly expressed opposition to the VLTs at Belmont Park during the meeting at Floral Park Village Hall.

Recounting past events in the resolution the board adopted, Tweedy said Floral Park residents had voted 2-1 against a state constitutional amendment for a casino at Belmont Park.

“We have grave concerns,” said Laura Ferrone, president of the Floral Park-Bellerose Board of Education.

Ferrone said the school board had unanimously passed its own resolution opposing the VLTs at Belmont Park at its meeting on Monday night.

Village Trustee Lynn Pombonyo, former superintendent of schools for the Floral Park-Bellerose School District, said the proximity of Floral Park High School and one of the district elementary schools to the racetrack were a particular concern.

“Due to its proximity to our schools, houses and playgrounds, we must vehemently object to this development,” said Trustee Kevin Fitzgerald, echoing Pombonyo’s opposition.
Addressing the potential impact on the community, Floral Park Commissioner Stephen McAllister said there were 299 accidents at Aqueduct racetrack this year, where 5,400 VLTs are currently in use. He said there were approximately the same number of accidents in Floral Park this year and projected that figure would double with the advent of VLTs at Belmont.

Tweedy said the additional traffic generated on Plainfield Avenue and other village streets would cause considerable “wear and tear” on village roads.

Nassau OTB is apparently poised to propose the installation of 1,000 VLTs at Belmont Park that it projects would generate $250 million in annual revenues.

Dennis McEnery, a member of the local Preservation and Improvement Task Force for Belmont Park, said Nassau OTB is currently in debt for $51 million. He said OTB spent $28 million on Belmont operations this year and drew $22 million in revenue.

Tweedy also objected to the “dysfunctional process” underlying the Belmont Park proposal and alleged that OTB officials are seeking to circumvent current state tax law in implementing its proposal.

He said the village board had retained Beveridge and Diamond as legal counsel to fight the OTB proposal and said there would be other regulatory hurdles OTB would face if it forced the issue.

Tweedy cited the opposition of state Assemblywoman Michele Solages (D-Valley Stream) to the proposed VLTs at Belmont and said he had also reached out to state Sen. Jack Martins (R-Mineola), who has been out of the country. He said he had received no response from Nassau County Legislator Vincent Muscarella (R-Franklin Square) to a letter he sent Muscarella declaring Floral Park’s objections to the VLTs.

Solages released a statement last week, stating, “A proposal for a Video Lottery Terminal Parlor at Belmont Park is a poor substitute for sustainable economic development. The leaders of Nassau County are balancing the county’s budget to the detriment of the host communities surrounding Belmont Park.”

Martins, who had previously expressed opposition to locating the Shinnecock Nation casino at Belmont Park, was unavailable for comment.

Tweedy said he is also trying to muster support from mayors in surrounding communities which include New Hyde Park, Franklin Square and Elmont. There has been a groundswell of grassroots support for VLTs in Elmont.

Brian Nevin, a spokesman for Nassau County Executive Edward Mangano, said there has been no proposal formulated by Nassau OTB for VLTs at Belmont Park and said Mangano would not comment on “rumors” about such a proposal.

Popular opposition overcame an OTB proposal to put VLTs in the space vacated by Fortunoff in Westbury. And OTB has apparently abandoned consideration of Inwood as a possible location.

Floral Park community leaders laid the blame for the OTB’s consideration of VLTs at Belmont Park on state politicians—particularly Republicans.

“This is a Republican village and basically we’re getting screwed,” said Richard Pfeiffer, former president of the South Side Civic Association in Floral Park.

“The problem is we got hit with this when we’re asleep,” said Frank DeAngelis, current president of South Side Civic.

“This is a Republican-controlled project,” said village resident Ralph Ratto, who said the proposal to build a local stadium for the New York Cosmos was also engineered by the Republicans.

Local activist Matt Sexton told the trustees he had already collected nearly 200 signatures of village residents on a petition opposing the VLTs on a website he launched on Tuesday.
“There’s a lack of respect,” said Tweedy after the meeting. He and other village trustees exhorted residents to contact state and county legislators to present a “unified” front in opposition to the VLTs.

On a related issue, Nadia Ortiz, leader of the Hillcrest Civic Association, said she saw a conflict of interest in village prosecutor Arthur Walsh also representing Nassau OTB as its legal counsel.

Tweedy acknowledged there is a “potential conflict” in Walsh’s dual roles, but said he sees no conflict of interest at present.