New Yorkers routinely puff out their chests with pride when it comes to bagels—and for anyone who has dared to eat dough-with-a-hole outside of New York City or Long Island, the reasons for this pride are apparent.

At some point in recent history, a theory began circulating that the key to New York’s bagel prowess is the water. Or, more specifically, “soft” water from the Catskills that is used in the baking process. New York City has exceedingly soft water, meaning it has low concentrations of calcium and magnesium. This leads some to believe that the unique water makes for a more tender and chewier bagel texture.

But this doesn’t explain Long Island bagels, which are just as good, if not better, than its city counterparts. Long Island does not get its water from the Catskills, so there must be a commonality between the two region’s bagels. 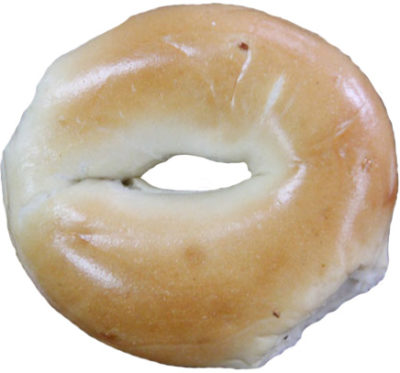 And there is: boil before baking. After the bagels are hand-formed and proofed in a refrigerator for a couple of days, all truly great bagels are poached or boiled in a solution of water and malt barley for 30 seconds to 3 minutes before baking. The boiling locks liquids inside and expands the interior, producing a chewier bagel. Go to any of the island’s top bagel stores and I guarantee that they use the traditional boil-before-baking technique.

One of those master bagel producers is A&S Bagels at 761 Hempstead Tpke. in Franklin Square (516-326-9288; www.aandsbagels.com). In 2016, the bagel shop was listed among the 20 best bagelrys in the country by MSN.com, a national accolade it earned by making its bagels following the New York tradition of kettle-boiling prior to baking. And aside from serving the public 24-hours a day, seven days a week, A&S also has wholesale and commercial clients, meaning if you’ve eaten an amazing bagel at a random convenience store, you can probably thank A&S.

All of the bagel greatest hits are at A&S, including plain, everything, poppy, sesame, garlic, onion and salted—with a few more unique variations like jalapeño, French toast and cheddar cheese topped. They also offer the classic bacon, egg and cheese on any of their exquisite bagels, while also churning out their own cream cheese concoctions like veggie, lox and cinnamon raisin walnut. And beyond standard bagels, A&S offers flagels (flat bagels) and bialys, which is a bagel without the hole and no pre-bake boil.

So the next time your family from Jersey comes for a visit, show them a real bagel at A&S or the dozens of other truly divine bagel shops on the Island—just make sure it’s a shop that boils prior to baking.

Enjoy cinema under the stars on the Terrace Stage at Bethel Woods. A rock 'n' roll romance is told through the heart-pounding hits of rock...