When you think of a ‘Field of Dreams” the greenery of an Iowa cornfield comes to mind and for good reason. It’s baseball. But what if I told you that there’s another Field of Dreams even closer? Would you believe it’s just off the New Jersey Turnpike in a warehouse district outside of New York City? Well it’s true.
That’s where the home of the MLB Network is located, in the former MSNBC world headquarters in Secaucus. Now well into its 14th year, the network has established itself as the full-time preeminent authority of America’s pastime.

Having recently spent an entire evening with the MLB Network crew, one quickly realizes just how many people it takes to put this programming on the air. And just how good they are at it. Of course it doesn’t hurt to have state-of-the-art facilities and everything you could possibly need at your fingertips.
It all starts with the crown jewel and centerpiece of the Network–Studio 42. This full-size replica of a ballpark (Philadelphia Citizens Bank Park to be exact) named after the immortal Jackie Robinson allows true-to-form demonstrations at a moment’s notice. As a side note, second base in Studio 42 is located exactly where Don Imus used to do his morning show on MSNBC years ago. This 8000-square foot studio has become vital to their coverage and a fan favorite.

A running theme at MLB Network is their mission to pay homage to the game itself and the greats who have played it. Whether it’s Studio 42 (Robinson), Studio 21 (Clemente) or Studio 3 (Babe Ruth), history can be found everywhere you turn within the facility. For all the fun and excitement each day brings, their mantra remains the same. The games are the real star here and will always dictate the direction of the broadcast.

MLB Tonight is the flagship program and a 14-time Emmy winner for the network and for good reason. This nightly foray is like organized improv, pardon the oxymoron, but it’s true , you never know what will happen next. Most times neither do they. And that freshness is what keeps viewers coming nightly. Production meetings and rundowns be damned, it’s LIVE television and they go with the flow. It’s a late night talk show of sorts and has become the go-to place for baseball’s biggest moments. Whether it’s Pujol’s 700th or Judge’s 61st home run, people know to check in with MLB Tonight (MLBT) for the latest coverage and much more.

One of MLBT’s most popular trios is that of Greg Amsinger, Harold Reynolds and Dan Plesac. These guys take the freewheeling style to the next level. Whether it’s breaking down a game-changing play or debating ketchup or mustard on a hot dog, these guys bring it every time out in a fun, educational and sincere manner. It’s obvious these three are true friends off the air as well, because they are. On the golf course or their wives socializing or the time spent on the set, they are a very close-knit group and that chemistry translates well on the air. It’s like watching the games and having a beer with your buddies. Debates, jokes and commentary are on full display.

Amsinger is a broadcast veteran and like the ringleader at a frat party, he knows how to stir the pot, keep the conversation moving and most of all, get the best out of his guys. This Midwest native bleeds Cardinals Red but his extensive knowledge of the game is so deep, one forgets he is only in his early forties. Surrounded by a mountain of baseball cards on his desk, Amsinger’s office is often the hub of activity during the preparation for that night’s broadcast. Bouncing thoughts and ideas off each other, a lot of times this is where a nugget becomes reality. Amsinger is a baseball purist and has a profound respect for the game. Always open to new ideas, he sees baseball’s future as a bright one as MLB goes more digital in an attempt to bring the game to the next generation of fans. 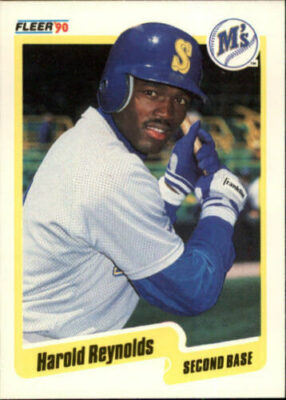 Without a doubt, Reynolds is the heart and soul of the network. As one of the original hires. Reynolds brings the same work ethic and passion to his broadcasts that he did in his decade-plus major league career. As a Mariners icon, Reynolds played the game hard but always with a smile on his face. Over the years not only has he mentored the young players of today, but viewers are a lot smarter because of his work. When we speak of Studio 42, it should be noted that Reynolds helped design the studio during the network’s launch. And why not as it has become a second home to him each night. His days often start at 8 a.m., a full 12-plus hours before the broadcast. It starts with a phone call to his director or video engineer Nick, to start pulling up plays for that night’s show. His keen eye made him effective at the plate and now on television. His “42 Demos” are legendary and Reynolds is all over the building making use of the network’s resources. As a past Roberto Clemente Award winner, Reynolds is still in the communities speaking to the kids and helping people whenever he can and all without a lot of fanfare.

What you see is what you get when it comes to Dan Plesac. Genuine, insightful and natural are the three qualities that come to mind. As a legendary closer for the Brewers, he went into Chicago television before coming to MLBN over a decade ago. Similar to his colleagues, Plesac is passionate about the game and seeing it played right. His analysis of pitching is always spot-on and more to the point very often becomes fact moments after he speaks it. It never ceases to amaze viewers that Plesac is usually at least three steps ahead of the game in his analysis and brings clarity to the proceedings.
These three gentlemen together are creating magical Must See TV on a regular basis and quickly becoming the standard that studio shows will be measured by. 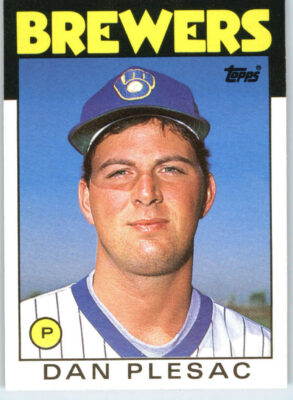 To a person, no one ever imagined 20 years ago that there would be a 24/7 network dedicated strictly to baseball. Plesac, Reynolds and the other players on staff never even considered this an option during their playing days, but wished it was available. The information now available daily is good for the fans, players and most of all the game in general.
One of the unheralded secrets to the success of the MLB Network is the editorial freedom enjoyed by its various programs. Nowhere on television, be it ESPN or a local station, can you find such openness and spontaneity in their content. In most cases, within minutes of an idea being hatched, it becomes on-air content. Nobody is afraid to take chances and the vast majority of the time it works. The camera will always be a truth sayer, the camaraderie you see is real and the overall family atmosphere at MLB Network is palpable.

Whether it’s the nuts and bolts of the control room, the cubicles of video production or the on-air talent, everyone works as a team and the final product reflects it. While many have been offered a chance at greener pastures, it’s the substance, people and shared experiences that keep them at MLB Network.
As we immerse ourselves in the action of the postseason, then the deals of the hot stove, followed by the sunrise of spring training, remember that MLB Network will be there for it all. Of course they will, after all, they are baseball’s Network of Record.