Back On Track With Def Leppard

Adversity is a concept Def Leppard has had to grapple with throughout a career that dates back to 1977. While the good times came via global multi-platinum success in the 1980s and 1990s, the band has dealt with scenarios ranging from founding members dying from substance abuse (Steve Clark in 1991) to having drummer Rick Allen lose an arm in a horrific 1984 car accident. And while last year’s self-titled outing was a welcome return after a seven-year absence from the recording studio, the subsequent tour had its share of mishaps.

The band’s Hysteria on the High Seas rock cruise not only found frontman Joe Elliott completely losing his voice for the first time in three decades of singing, but bassist Jimmy Bain of opening act Last In Line died in his cabin from lung cancer on Jan. 23 of this year. Def Leppard finished the remainder of the cruise and wound up rescheduling dates after they docked. For Leps guitarist Phil Collen, it was a particularly rocky time his band managed to get through for the sake of all the cruise-goers. 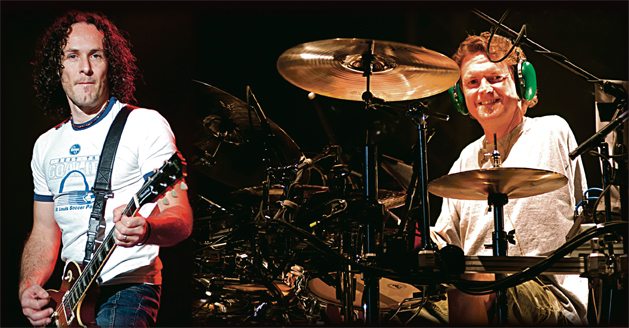 “Joe completely lost his voice, for the first time in 30 years. We moved the show and offered people tickets to come see us on location. We got a couple of guest singers on board,” he recalled. “I sang ‘Pour Some Sugar On Me’ and ‘Hysteria.’ Vivian [Campbell] did a verse on ‘Hysteria’ as well. And we got [Last in Line vocalist] Andrew Freeman to come up and sing ‘Bringin’ On the Heartbreak’ and ‘Let It Go.’ Kip Winger and Eric Martin came up and sang ‘Rock of Ages.’ We thought there were all these fans here and we had to do something. Joe was able to sing for them before his voice disappeared completely and we did what we could do. I think we pulled it together as a band but it was really sad to lose Jimmy. He’d had some health problems and I think it was pneumonia, so that was terrible.”

With the band having three months of downtime, Collen hit the road with his R&B rock group Delta Deep, who he’s set to release a live album with and also found himself producing the forthcoming album for old friends Tesla, who are the opening act on the current tour.

That said, the London native is revved up over the end result of the Def Leppard album and the energy the band is showing onstage. And given the wealth of trademark Def Leppard nuances on these songs—the memorable hooks, layered harmonies and melodic guitar playing—it’s no wonder why he’s so jazzed about it. 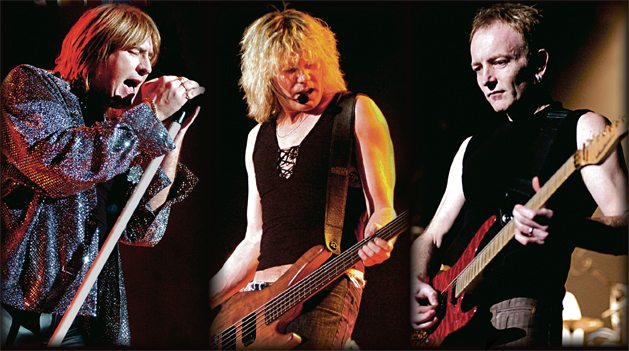 “We originally went in to record a single, because we felt that we needed to do something since we hadn’t put any new material out for years. And it turned into 12 songs. It was flowing and I think the reason why is that it was the first pure album where we’d done it for absolutely artistic reasons,” he explained. “I think this is the best thing we’ve done since Hysteria and it was a joy actually.”

Def Leppard will be appearing with REO Speedwagon and Tesla on July 11 at Nikon @ Jones Beach, 1000 Ocean Pkwy. in Wantagh. For more information, visit www.jonesbeach.com or call 800-745-3000.