Cynthia Paulis - In the Heart of the CommunityEntertainment 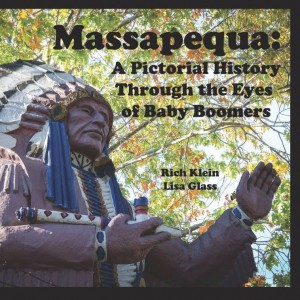 The Town of Oyster Bay has been running a program blending artists with businesses for more than 40 years. Sharon Betz, division head for Cultural and Performing Arts in the Department of Community and Youth Services, explained what the program is all about.

“We run a Rotational Art Exhibit Program where we welcome local artists and different venues, including banks, government office buildings, public libraries, restaurants, car dealerships and any other business,” she said. “We try to pair local artists with our local venues and there is no downside, because everybody wins here. The public is exposed to different art each month, the artists get to display their work where they might not have had an opportunity and the business showcases different art each month. So it is a very positive program for the community.”

Betz had an opening in Westfield Mall, which wanted to display a local artist, but everyone was committed elsewhere. “I am a victim of social media and I saw online, ‘You know you are from Massapequa if’ and I came across some photos from Massapequa. [It] led me to Rich Klein and Lisa Glass, who had just published a photography book called Massapequa: A Pictorial History Through the Eyes of Baby Boomers.”

Klein and Glass first met in kindergarten in Massapequa Park. They went to school together, graduated Berner High School in 1979 and then went their separate ways. Decades later, they connected through Facebook. Glass remained in Massapequa Park and was photographing scenes around the town and Klein was posting his own photos on Facebook. Klein, who moved upstate, reached out to Glass and suggested that they collaborate on a book.

“I am a very nostalgic person, so the idea of the book was to shoot pictures around town and recapture the memories of where we grew up,” said Klein. “We did some research and realized that nothing like this was done before. We tried to recreate that time as much as we could. We started seeing all of these Facebook groups of baby boomers saying, ‘Hey, do your remember this?’ That was the trigger for us and it became our demographic target.”

The book is a beautiful combination of old and new photos woven with essays from people who grew up in Massapequa—giving it an honest view of that time period.

Glass greeted many old friends at the mall the day the art exhibit opened. Sporting a T-shirt with one of her photos on it, she discussed what it felt like to see her work displayed.

“I think this is awesome,” she said. “I was here the day this mall opened, so it’s exciting to have my photos displayed here instead of just on my computer. We started this project three years ago, but life happens, so it’s wonderful to see the finished product. I love photographing the preserve in Massapequa, because I love taking pictures of nature. I walk in the preserve every day and take pictures. It’s a treasure.”

Linda Huff, a Massapequa High graduate who taught math there from 1966-’96, stopped by at the exhibit.

“I saw this on Facebook so I bought the book when it came out,” said Huff. “I didn’t know Rich and Linda, but it is just great the way they captured Big Chief Lewis and Old Grace Church. They are such historic landmarks. I just love this book; they did a beautiful job.”

Steve Gordon, who lives in West­chester, but grew up in Massapequa Park, also stopped by. “I graduated with Rich and Lisa, but haven’t seen them in 10 years,” he said. “I saw the post on Facebook and haven’t been here in 10 years, so I decided to drive down and see the old neighborhood. I think the book is awesome. It’s a cool idea. I should have thought of it. It’s good looking back; it keeps you mortal.”

John Podsiadlo, who lives in Farmingdale, saw the post on Facebook. He had a special connection to Glass and Klein; he was their principal at Carmen Road School when they were ages 6 to 11. He worked in the Massapequa School District for 32 years and donated some old photos, which were used in the book that he was seeing for the first time.

“I think this book is very well done and it’s a classy piece of work, bringing back great memories.” When asked if Glass and Klein were good students he laughed, “We had all good students at Carmen Road.”

To purchase Massapequa: A Pictorial History Through the Eyes of Baby Boomers go to www.facebook
.com/massapequabook. For more about the Rotational Art Exhibit Program or to participate, contact Sharon Betz at 516-797-7933. The exhibit is on the second floor of Westfield Mall next to Macy’s and runs until the end of the month.