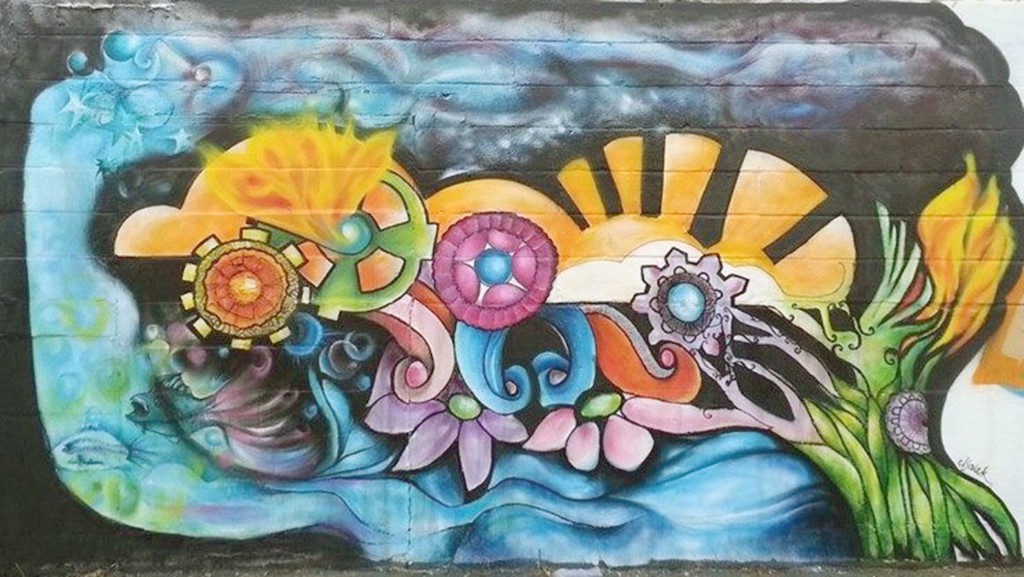 If you ask most people where they believe the art center of the world is, without skipping a beat they will probably exclaim New York City. But Westbury is creating an art universe all its own and drawing creative talents from all regions and walks of life.

“I like the spirit of the Greater Westbury Council for the Arts,” says artist Patty Eljaiek.

For the first time in her storied art career Eljaiek has elected to join an arts organization. She has been looking for a group to align with for years, but she says none of them seemed to be the right fit, until now. “I chose the Greater Westbury Council for the Arts because I like the fact that it is all inclusive,” Eljaiek, a Queens resident, explains.

The road that led her on this path started in her junior year of high school when Eljaiek’s art teacher spotted a talent Eljaiek herself wasn’t fully aware she even possessed. Although she grew up in a family of artists, Eljaiek didn’t consider herself to be one of them. That all changed when her teacher, Mr. Weber, asked her to demonstrate a drawing for the class. “I drew what he asked then he told me, ‘do that again.’ He said I had a good eye.”

With Mr. Weber’s words of encouragement and help, Eljaiek put together a portfolio and enrolled in only one college, her top choice, The School of Visual Arts, which apparently noticed the same “good eye” that Mr. Weber did because, despite what Eljaiek describes as an unimpressive portfolio, she was told they saw her potential and quickly accepted her into the school.

After graduating with a Bachelor of Fine Arts degree in Illustration she landed her first job in publishing, working full time until marrying and raising her three children.

During those years her art was “still calling to her” and she kept working steadily, teaching art part time in her community to young children and even some of the parents. “I taught at so many places and to all ages,” explains Eljaiek. In her spare time she created her original works of portraits and landscapes made primarily using watercolors and pencils. Her combined love of art and teaching eventually led to a job as a technology teacher where she teaches elementary students in Forest Hills.

With all of her accomplishments what Eljaiek is probably most proud of is the work she does with X-Mental, a group of organizers, artists, and teachers dedicated to mentoring and educating at-risk youth. Eljaiek helps design and create murals along with the young people she helps to mentor. “I love working with the kids. They used to do graffiti but have some raw talent. I teach them art techniques,” Eljaiek says. Together she and the youths have created a host of murals including one in Uniondale.

Her commitment to her craft is evident in the role she is taking on at the Greater Westbury Council for the Arts where she is volunteering to help the recently formed council with its promotions and programming. “I’m excited to be in the groundbreaking phase at Westbury’s Arts Council.”

Eljaiek says the group has many ideas for the future art culture in Westbury which coincide with her personal mission as an artist to change the mindset about art. “Art should not be considered a luxury, but a necessity.”