Growing up in the outskirts of Dublin, Ireland, singer-songwriter Dermot Kennedy was inspired to become a musician after hearing his cousin play guitar during a family gathering. That one early morning moment has forever changed his life as Kennedy is now set to headline at Radio City Music Hall with songs off his debut album, Without Fear, which came out late last year.

“I was at a family party once and my cousin David was playing Thin Lizzy songs on the acoustic guitar at like three in the morning,” Kennedy said. “I just was completely taken by it. I just knew that’s what I wanted to do. Then once I got a guitar, I started finding the artists that I was into like David Gray and Glen Hansard. They were probably the most important songwriters for me in terms of me falling in love with the music for the first time and becoming obsessed and all that. I just love the storytelling I guess. I was mad into Disney and movies, The Hobbit, Lord of the Rings and all that stuff. So I just wanted to tell stories.”

Being a product of his environment, Kennedy said that growing up in a rural area is reflected in some of his lyrics in his songs.

“I actually grew up in a fairly rural area,” Kennedy explained. “It was kind of a beautiful place to grow up because it was super picturesque and we had this big garden. I just think nature and the outdoors that type of thing was very, very important to me growing up and even now it plays a part in my lyrics and all that kind of stuff. So, I think that side of things has always been very important to me.”

Without Fear is Kennedy’s debut album, which comes from an autobiographical standpoint. The 13-song album saw Kennedy peak to #18 on Billboard’s 200 chart in its debut week and produced hit singles including “Power Over Me” and “Outnumbered.”

“The songs on there are from 10 years ago,” Kennedy said. “It’s the type of thing where you, I know it’s a cliché thing, but you really do have your whole life to make your first album, so I was taking songs from every part of my life for that. Everything that went into the album is every experience that I’ve ever had. I think that it’s very important for me to write from an autobiographical point of view because I know that I tour these songs so much, so it’s very important for me to be able to care or actually feel them every night. So everything that I’ve ever felt has gone into those songs. Musically, it’s everything that I’ve been inspired by like David Gray and Glen Hansard, but then also in more recent years, it’s like Meek Mill, Drake Lupe Fiasco and artists like that who inspire me just as much, if not more, lyrically from a storytelling point of view.”

So what was the writing process like for Kennedy’s current single “Outnumbered”?

“That was a very early morning in the studio in London,” Kennedy said. “When I go to London from Dublin, I generally, to buy myself more time at home, I will generally fly early Monday morning instead of late Sunday, so I was knackered in the studio and Scott [Harris], who I wrote it with, came from New York and had a similar thing. So we were both completely knackered and really tired, so I think because we were so tired it created this weird atmosphere where both of us had walls down. It was the first time we had written together, but everything just seemed to be care free and we weren’t on edge or anything like that. So I think being tired actually helped the process. It was basically written and finished on that day.” 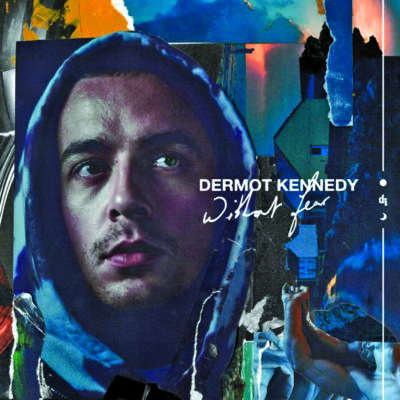 The writing process for Kennedy’s debut single “Power Over Me” wasn’t all that different, according to Kennedy.

“I was in New York and it was a similar vibe [to Outnumbered],” Kennedy said. “We started with the core idea and built out from there. I guess the only difference with ‘Power Over Me’ was that it I had always written as the ideas came to me and I didn’t spend too much time worrying about whether or not one part was a verse or one part was a chorus. I just wrote whatever felt good. I never worried about sections and song lengths or anything like that. So with this one, it was like an exercise for me and a challenge to start with the main idea and to start with a title and build out from there and do my best to make the verses consistent and make the whole story tie together so it was a similar thing. It came together quite quickly. I find a lot of my best music comes together quite quickly.”

Kennedy is now touring across the country and is headlining Radio City Music Hall on March 5 with a much larger production than he has ever done on tour before.

“On this tour we’ve been able to go up a big level in terms of the production and the show that we get to put on,” Kennedy explained. “I think such an important part of what I do in my songs is imagery and trying to paint a picture in someone’s head and try to make people feel something. If it’s just me on stage with a guitar with a boring backdrop with my name on it, it’s harder for me to do, but if we’ve got visuals and video, I think it makes it easier to immerse people with what you’re trying to do. I feel like if you spend so much time on lyrics, then it deserves a bigger show and it deserves to be matched visually. I think if people come out and see us this time, it’s more of a show and also just for anyone who might hear this stuff and think it’s just me doing some acoustic set, that is not the case. There are four of us on stage, our drummer is incredible; they’re all incredible musicians. It’s got its intimate moments where it is just me and the guitar, but mainly it’s a big show and it’s very dynamic, so I think a lot of people might be surprised by that.”

And with a city as electrifying as New York City, Kennedy said he’s looking forward on coming back to perform.

“I think it’s such an exciting thing to be in a city as vibrant as that and to be a part of the culture in that city for one night, there’s something about it,” Kennedy said. “The crowds are just good. I find that it’s always such a nice balance between excited and appreciative, and reverent for the music they’re hearing. It’s not excited to the point where you can’t get a word in. They’re all excited and intimate at the right time. I just can’t wait.”

For the rest of the year, Kennedy has a lot of things in the works including working on his second album.

“I’m certainly conscious my time is going to be taken up by touring, but also I’m keying to be in the studio,” he said. “I was talking about this the other day, that when you’re touring for ages you wish you were in the studio and when you’re in the studio, you wish you were out on tour playing songs for people. So you always want the other thing, but I think the first album left in a lovely place where I can take it multiple directions. I’m easing myself back into the studio and slowly deciding what the album might become.”

In the end, Kennedy hopes to leave behind a legacy that has shown growth and more creativity.

“I think musically I want to be like somebody who is like Kendrick [Lamar] or J. Cole,” Kennedy said. “A few albums where you’ve grown creatively, you haven’t stayed in your comfort zone, things changed, people continue to be inspired and you just leave like a really impressive bunch of bodies of work that people from all genres can appreciate—that’s my main thing. I want to grow. I’d say for my second album, I want to go creatively and I want things to breathe and adapt, but I also don’t want to isolate anyone who’s gotten on board with my music so far. It’s an important balance I think.”