April brings us crazy weather with rain one day and sun another day. Daisies and sweet peas are April’s flowers with the diamond as its birthstone. This April also is bringing us highly anticipated blockbusters in theaters. The following are just a few for your choosing.

Released on April 6 and directed by John Krasinski, this horror/thriller will scare anyone brave enough to watch. Real life couple, Krasinski and Emily Blunt, play husband and wife and parents of two children and must live in complete silence in order to survive. They are being hunted by horrific creatures that pursue when they hear you. Their eldest daughter is deaf (played by real life deaf actress Millicent Simmonds) so the family communicates only in American Sign Language to avoid being heard. This is the first time Krasinski and Blunt are acting together and if this movie is any indication, they should be doing so more often. 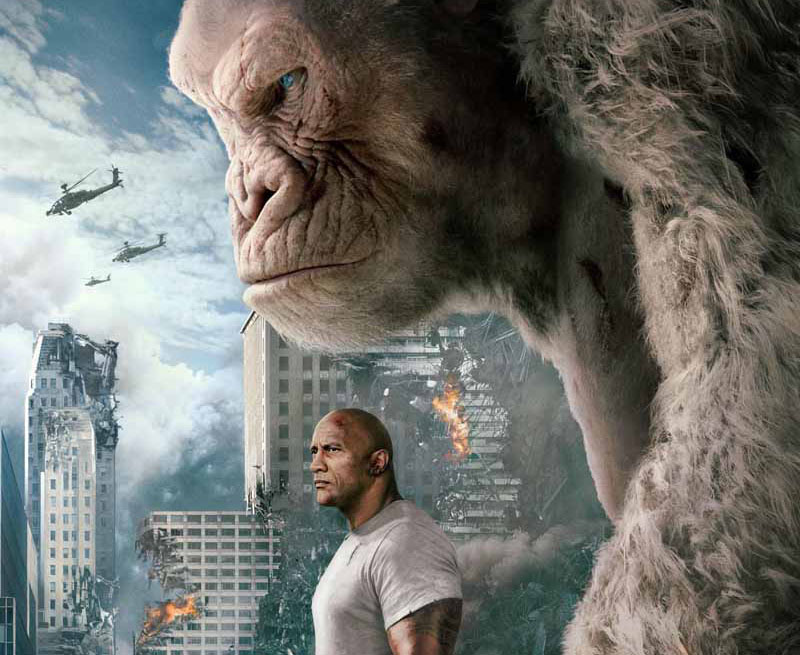 Debuting on April 13 and directed by Brad Peyton and starring Dwayne Johnson, Naomi Harris, Malin Akerman, Joe Manganiello and Jason Liles. Johnson, fresh off his success of the reboot of Jumanji, portrays primatologist Davis Okoye who heads an anti-poaching division. He befriends George, his cherished Albino Silverback Gorilla, along with several other animals he looks after. The animals are inexplicably infected with a disease that mutates them and turns George into a massive violent beast. Watts plays Dr. Kate Caldwell who assists him with seeking a cure and to prevent the animals from abolishing the world. Another A+ action performance from Mr. Johnson. 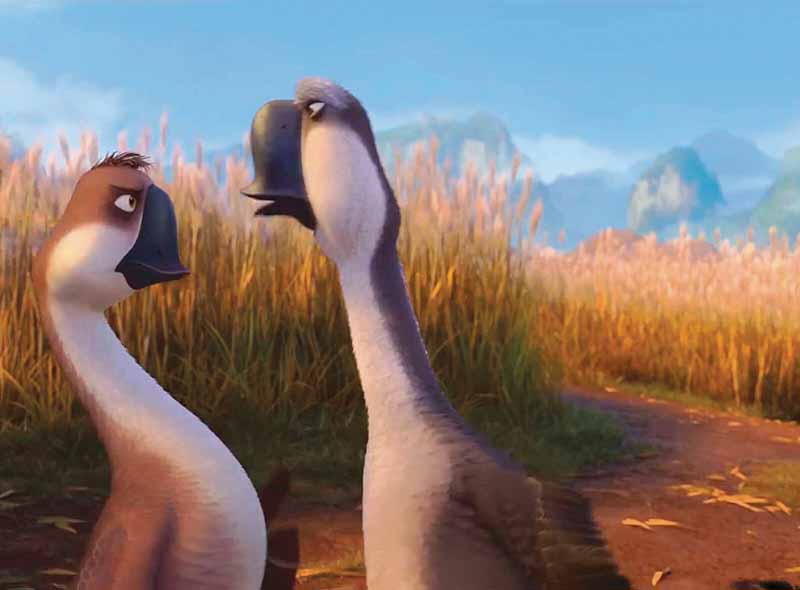 This film opens on April 20 and is directed by Christopher Jenkins. This dazzling computer animated film stars the voices of Jim Gaffigan, Zendaya, Carl Reiner, Lance Lim and Craig Ferguson just to name a few. Gaffigan voices Peng, a selfish goose who cares for no one but himself and feels he doesn’t need to prepare for the impending migrations. He spends his time doing foolish maneuvers at crazy speeds with no regard for anyone else. One of these feats hits a flock of ducklings, separating a brother and sister from their family. He travels south with them in an effort to reunite them and learns the power of absolute love. A must see for the entire family.

Avengers: Infinity War (Not Yet Rated) 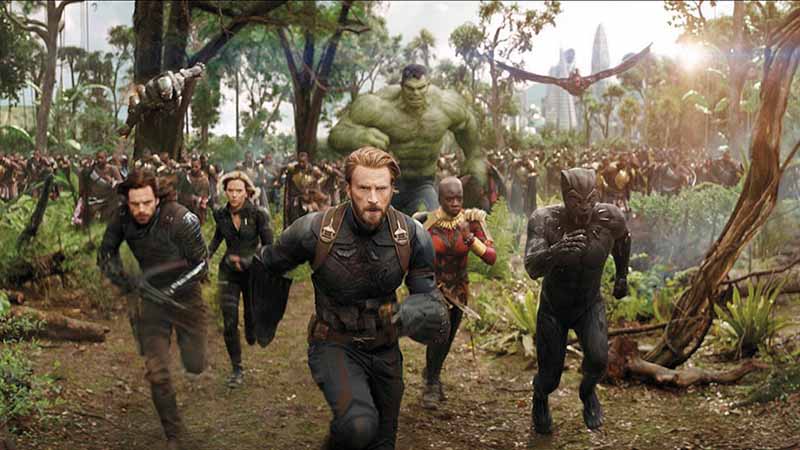 Finally, this film debuts on April 27 to a lot of devoted fans. Directed by Anthony and Joe Russo, the film stars Karen Gillan, Elizabeth Olsen, Josh Brolin, Scarlet Johansson, Zoe Saldana, Chris Evans, Chris Hemsworth, Robert Downey Jr., Tom Holland and many more, as the Avengers and their allies must come together to defend against the colossal Thanos, played by Brolin, who seeks to collect six infinity stones, which hold unthinkable power in order to take over the world.

Grab your popcorn and snacks and head  to the movies this April.