rotect your family from COVID-19 by practicing and promoting everyday healthy habits. The Centers for Disease Control and Prevention have provided this checklist to plan...
Read more
Senior Living

Washing your hands is among the most effective ways to protect yourself and others from spreading illness. Still a task so seemingly simple can be...
Read more
TOP STORIES

Award winning journalist Geralyn Lucas, author of Why I Wore Lipstick to My Mastectomy, will speak at the annual Celebration of Survivorship evening of the Adelphi NY Statewide Breast Cancer Hotline and Support Program. Joining her are three other breast cancer survivors: Jeff Flynn of East Meadow, who is a former support group member and currently a hotline volunteer responding to calls from men concerned about breast cancer; Jamaican-born Sonia Avery-Williams of Rockville Center, who is a nurse; and Susan Leach, also of Rockville Center, a former support group member and manager at a health care agency.

The event, which is free, will be held on Thursday, Oct. 18, at Adelphi University’s University Center. Doors open at 6 p.m. and speakers begin at 7 p.m. Light supper will be served and there will be raffles.

Geralyn Lucas, a 23-year breast cancer survivor from Manhattan, is an award-winning journalist, author and women’s health advocate. Her memoirs, Why I Wore Lipstick to My Mastectomy and Then Came Life, were translated around the world and received starred reviews in Library Journal. The television film production of Lipstick garnered an Emmy-nomination and was an Entertainment Weekly “Must Watch of the Week.” Lucas’ story was featured in Nora and Delia Ephron’s smash off-Broadway show, Love, Loss and What I Wore. Her YouTube short “Ouch,” imploring women to get mammograms, was a Webby Honoree, and the inspiration for ABC News Goes Pink, for which Lucas served as coordinating producer. The campaign resulted in the diagnosis of correspondent Amy Robach after an on-air mammogram, and made headlines around the world.

Lucas is the mother of a daughter, who is a sophomore in college, and a 12 year-old-son. She recently became an athlete, completing her 500th SoulCycle class. 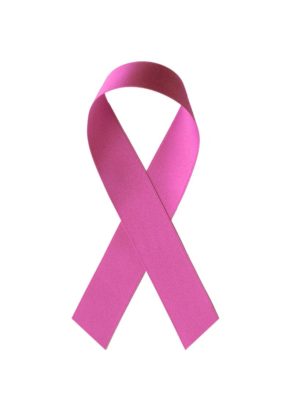 Sonia Avery-Williams, originally from the island of Jamaica, came to New York in 1990. She has been a registered nurse for more than 22 years. As a teenager, she saw her father experience multiple visits to the emergency room for uncontrolled diabetes and hypertension and was inspired by the role that nurses played in getting him back to optimal health.

After a routine mammogram/sonogram in February of 2015, she received a call from her doctor that changed her world. She went from being a wife, mother and nurse to being a patient. She had to fit visits to the oncologist between PTA meetings, trips to dances and tennis lessons for the kids, all the while working as an ICU nurse. Avery-Williams joined an Adelphi breast cancer support group that she credits for playing a pivotal role in her recovery and easing into her new roles.

Jeff Flynn, a five-year breast cancer survivor, is an Adelphi NY Statewide Breast Cancer Hotline volunteer. Since his diagnosis with late stage breast cancer, he has been committed to getting the word out to other men to check themselves periodically and have their physicians check their breasts for lumps or cysts during physicals, knowing that men are not immune to breast cancer. Three male breast cancer survivors and Flynn joined with the Adelphi breast cancer support team to create a brochure for doctors’ offices and mass mailings where men could read about their experiences. Flynn found that helping others and providing support has helped in his journey to recovery, saying it is truly fulfilling to reach out and support someone during their worst of times, as it has helped him during his journey to recovery. Flynn is a husband, a dad and a grandfather.

Susan Leach, a three-time breast cancer survivor, is a financial account manager for Better Home Health Care in Rockville Centre. She volunteers as a care counselor for the Rockville Centre Breast Cancer Coalition, helping others going through similar diagnoses. Leach has been cancer free for 1½ years and is a member of the Adelphi support group for women with metastatic breast cancer. She is a wife and the mother of two boys, age 24 and 18, who likes to spend time with her family, sitting on the beach and enjoying every moment of her life.

To make a reservation for the Celebration of Survivorship evening, visit breast-cancer.adelphi.edu, call 516-877-4325 or email breast
cancerhotline@adelphi.edu.