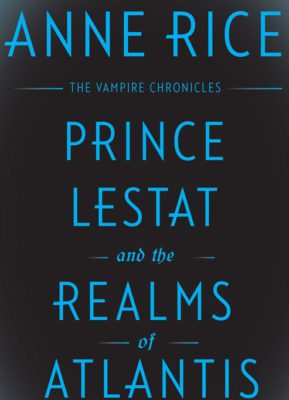 Amid all the hoopla about the vampire trend of the past decade plus that was best encompassed by the Twilight and True Blood series and more recently, Guillermo del Toro and Chuck Hogan’s The Strain, it’s easy to forget that author Anne Rice was way ahead of the curve on all this. Not only did she drop her Interview With the Vampire back in 1976, but she’s subsequently shaped this vision with a series of novels that has found her fictional world making the leap to film, television and even the Broadway stage. Arguably her most popular character is rock-star-turned-vampire royalty Lestat, who returns two years after 2014’s Prince Lestat in Prince Lestat and the Realms of Atlantis (Knopf). Rice’s latest finds her vampire brood intertwining with that oldest of myths—Atlantis. And while she initially started out trying to pen a project about the latter, Lestat proved to help break the New Orleans native’s writer’s block.

“I’ve always been enthralled with Plato’s tantalizing story of the lost kingdom of Atlantis. Reading Graham Hancock’s fascinating book Underworld about the possibility of a worldwide rise in sea levels 12,000 years ago heightened my interest and then there was Edgar Cayce’s amazing reports about Atlantis,” she explained. “It all fed into what became an obsession on my part with doing my own version of the lost civilization. So I developed a book called Born for Atlantis with a whole cast of characters that I loved. But—I was stalled on it until it occurred to me to bring Lestat into the mix, to connect the tragedy of Atlantis with my vampires. It proved magical for me and the new Lestat novel caught fire.”

“As a child, I’d seen a jewel-like black and white film entitled Dracula’s Daughter, the charm and ambiance of which I never forgot. I wanted to explore vampires as tragic figures, beings of heightened sensitivity and awareness cursed by their need to drink human blood,” she recalled “I was also much inspired by a mini-series I saw called Frankenstein, the True Story (1973), penned by Christopher Isherwood, which gave a lush and sensuous treatment to the classic tale. I wanted to write something romantic, erotic and beautiful about vampires. I wanted them to be the focus and to be on their side. That’s how it all started for me.” 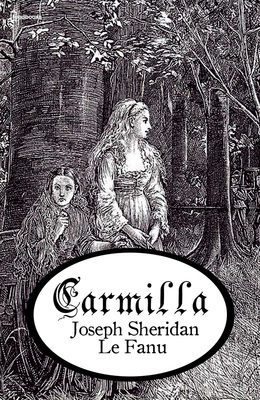 Interestingly enough, Rice had never read Bram Stoker’s Dracula and relied on film as her primary inspiration. It was through this medium that she sought to explore the myth and see where she could take it by writing from the point of view of the vampire himself. Only later would she read Dracula and Sheridan Le Fanu’s Carmilla, which enriched Rice’s understanding of the possibilities of the vampire myth. And rather than focus on the macabre side of these particular types of the undead, she has chosen to romanticize them in a manner that’s made her much loved in the goth community. Credit goes primarily to her fictional Lestat, a character she has returned to on a continual basis.

“I can’t explain why Lestat means so much to me. Of all the characters I’ve explored, he provides me with the most intensity when I write. He feels utterly real and he’s with me everywhere I go, witnessing the world with me,” she said. “When I write from his point of view, it is as if I’m channeling a personality that is distinct from me and has marvelous stories to tell me. Why did this happen with this character? Who knows? Lestat was inspired by my husband, Stan. I modeled Lestat on Stan physically and Stan’s strength and convictions fired the personality of Lestat. But at some point, Lestat became his indomitable self, and I let the character go. An author has to recognize the possibility of a character taking on his own life and taking over a book. I yielded to Lestat and with The Vampire Lestat, the Vampire Chronicles was born.”

Lestat’s evolution from rock star to leader of the vampire world has continued to fuel Rice’s affection and passion for these otherworldly creatures. It’s certainly helped that True Blood and Twilight have added twists on how the myth has been explored in modern times. For Rice, the fact that her vampires are immortal and have powers that include flying through the clouds at immense speed and great mental powers of suggestion doesn’t mean they don’t have existential dilemmas to deal with. And as such, it’s rejuvenated the oeuvre and the author herself. 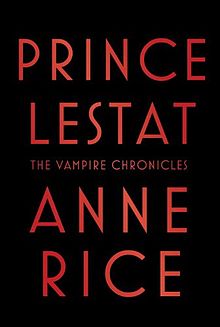 “I’ve always been focused on how the vampire enjoys being immortal and enjoying his preternatural powers. I’m focused on how much the vampire enjoys feasting not only on the blood of a victim, but on that victim’s heart and soul and how an immortal solves the problem of needing love and intimacy as the world changes rapidly around him while he himself does not change,” she said. “As I write my next book, I’m focused on Lestat in the now, wrestling with all the surveillance in the modern age and its new wonders. The Brat Prince who once wanted so desperately to be a rock star for his own kind can now use the Internet to reach the entire tribe of the Undead in whichever way he wants. I see my little franchise as having entered a new era, the ‘Prince Lestat’ era, and every new novel now will have a title acknowledging Lestat as the prince of the tribe—to define that we are in that new era. Much of what Lestat has to do now has to do with all his brothers and sisters and how he wants to help them endure immortality and equip them for the future. He wants to survive and he wants the others to survive and the irony he faces is that vampires prove too weak for immortality all the time; they forfeit it because they can’t handle it. That was a central issue in my first novel. It’s a central issue now.”

Anne Rice will appear in conversation with Vicky Wilson on Nov. 29 at the Madison Theatre at Molloy, 1000 Hempstead Ave. in Rockville Centre. For more information, visit www.madisontheatreny.org or call  516-323-4444.