It ‘s the battle of the baddest. Now in its 20th season on The Food Network, Worst Cooks in America returns this month with a cast of 14 culinary-challenged contestants flipping, frying and failing their way to a $25,000 grand prize.

In this season, veteran host and celebrity chef Anne Burrell is joined by Iron Chef and Supermarket Stakeout host Alex Guarnaschelli in often hilarious attempts to whip their amateur recruits into shape. The two teams of atrocious cooks, one mentored by Burrell and the other by Guarnaschelli, need all the help they can get as they stumble their way through outrageous challenges designed to improve their kitchen skills.

Throughout the seasons, Burrell has witnessed her fair share of mishaps. Everything from burnt bread flying out of a toaster and across the boot camp kitchen, to contestants boiling eggs in plastic bags. Burrell says the hijinks never get old.

“The things I have seen people do to a can of tuna fish is just sad and hilarious,” Burrell said with a laugh. “The recruits really are that bad. We don’t need to fake it. But as we go through the season, they dig deep and develop a real-life skill.”

The baseline challenge at the beginning of the first episode is always telling. In order to pick their teams, Burrell and Guarnaschelli must determine what they’re working with. For their first challenge, the recruits are tasked with making their favorite childhood dish. Then for the main challenge, the recruits learn how to spice up their cooking by making Jamaican jerk chicken. The two recruits who cluck it up are sent home.

“Ten minutes into the first challenge, my new co-host will turn to me and ask, ‘What is this, what is going on here?” Burrell said. “Every co-host I have in the beginning doesn’t realize that these people are truly the worst cooks in America.”

Burrell, of course, has empathy for the cast and home cooks across the country. The coronavirus pandemic was particularly eye-opening for Burrell, who has spent the past three months cooped up at her family’s home in a small town with two grocery stores.

“It makes me understand even more the responsibility I have to be a teacher,” she said. “Going forward in my career, the new recipes I write for the home cooks will be about creating chef-worthy meals without having to spend all day doing it.”

You can catch Burrell sharing her cooking tips on the seven-episode season of Worst Cooks in America, which premiered on Sunday, June 21 at 9 p.m. on The Food Network. Viewers can look forward to episodes that include a Japanese cuisine themed sushi-rolling and bento box challenge, a blindfolded donut eating contest and a trip through past kitchen disasters. In the finale on Aug. 2, the two most-improved recruits will prepare a three-course restaurant-quality meal for judges Mary Giuliani, Julian Rodarte and James Tahhan in a blind taste-test to determine the winner of $25,000 and bragging rights for their team leader. 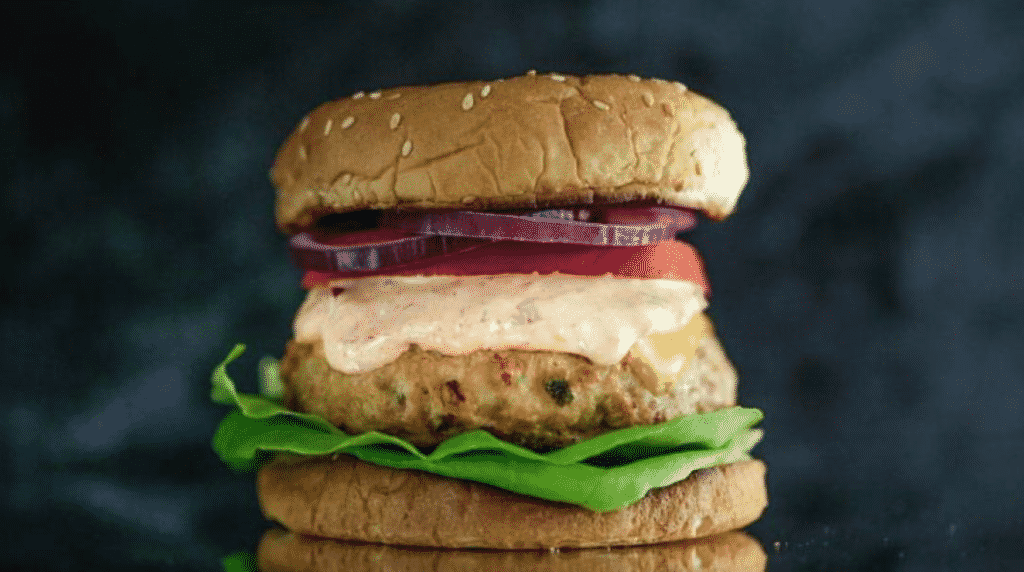 They say necessity is the mother of all invention. That is the case for Anne Burrell’s Killer Turkey Burger recipe. On a visit to her sister’s house, she learned while getting off the plane, that the family was having turkey burgers for dinner, and Burrell was in charge of cooking.

“I’m on a mission to right all that’s wrong in turkeyburgerdom,” she said. “I looked in her pantry and just grabbed some stuff. She had a can of water chestnuts hanging out in there so I decided to put a crunchy little twist on dinner. I added some soy, sautéed onion, ginger, garlic and cilantro to the mix, and voilà. The killer turkey burger was born.”

Burrell’s top tip for new chefs is Mise En Place, a French culinary phrase which means “everything in its place.” It basically means to have ingredients measured and cooking tools on the counter and ready to go before cooking.

“Only when you have your Mise En Place done can you start cooing,” Burrell said. “When you feel more comfortable cooking then you can do things faster and work on recipes that are more advance.”

Whether you are an at-home pro or culinary novice this recipe is one to try this summer.

1. Coat a large sauté pan with olive oil and toss in the onion. Season with salt and bring the pan to medium heat. Cook the onion until soft and very aromatic, 7 to 8 minutes. Add the garlic and cook for another 1 to 2 minutes. Turn off the heat and let cool.

2. In a large mixing bowl, combine the turkey, ginger, water chestnuts, soy sauce, sambal, cilantro and the cooked onions and garlic. (Note: Save the onion pan to cook the burgers in later) Add 1/4 to 1/2 cup water to the mix—this will keep the burgers really moist. Use your hands to squish the mixture until everything is really well combined.

3. Make, cook and eat a little tester patty to be sure the turkey is really delicious. If the seasoning isn’t just right, add a little more soy or salt. When you’re confident the burger mix is perfectly seasoned, form it into 4 equal patties.

4. With a paper towel, wipe out the sauté pan you used to cook the onion, coat the pan with fresh olive oil and bring it to medium-high heat. Cook the burgers for 5 to 6 minutes on each side. The burgers should be browned and cooked through when done. If working in batches, keep the first batch warm in a 200 degree oven while cooking the second batch.

5. Toast the burger buns, top with the burgers and garnish as desired.