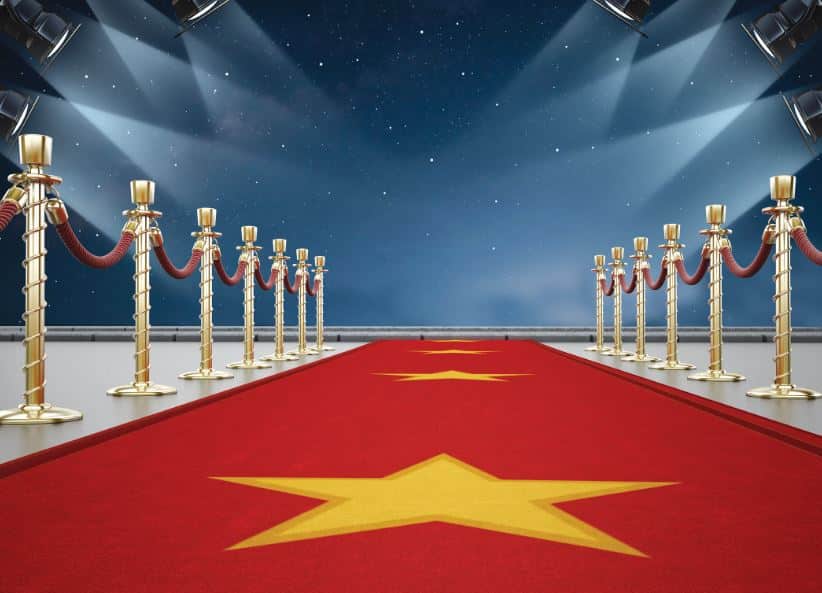 The 92nd Academy Awards is fast approaching and will be held at the Dolby Theatre in Los Angeles on Sunday, Feb. 9. There will be no host for the second consecutive year, which I personally think is a mistake as there was nothing like having Billy Crystal or Ellen DeGeneres at the helm. This year’s nominations for Best Pictures are Ford vs. Ferrari, The Irishman, Jojo Rabbit, Joker, Little Women, Marriage Story, 1917, Once Upon a Time in Hollywood and Parasite. Most of these films were released earlier in 2019, however, many theaters have brought them back for your consideration.

Little Women, which was originally released this past Christmas, is directed and written by Greta Gerwig, based on the novel of the same name by Louisa May Alcott and was predicted to be nominated. However, Gerwig was snubbed and for that matter there were no female directors nominated. This time around—it is the eighth adaptation of her novel—the movie stars Saoirse Ronan, who is nominated for Best Actress, Emma Watson, Timothee Chalamet, Florence Pugh, who is nominated for Best Supporting Actress, Laura Dern and Meryl Streep just to name a few. Taking place in the 1860s, the story revolves around four sisters after the outcome of the Civil War.

Ford vs. Ferrari raced into theaters this past November and is directed by James Mangold. This film stars Christian Bale (an obvious snub by the academy for Best Actor) and Matt Damon. This action/biographical drama follows American car designer Carroll Shelby and British driver Ken Miles in their quest to build a race car with the potential to finally dethrone the reigning Ferrari racing team at the 1966 24-hour-long race in France.

Joker debuted in October amid rave reviews and deep controversy. Directed by Todd Phillips, who is nominated for Best Director and starring Joaquin Phoenix, who is nominated for Best Actor and already took home a Golden Globe for Best Actor, Robert DeNiro and Zazie Beetz, this DC comic inspired movie delves deep into the Joker’s backstory, which was never seen or explained before in any other movies. Phoenix naturally shines in his maniacal performance of the broken and misunderstood Arthur Fleck, who is ridiculed and beaten down (literally) in all aspects of his life finally emerging as the infamous Joker of Gotham City. The movie even attempts to humanize the Joker, if not also trying to illuminate what led up to his descent into evil. I’d be shocked if Phoenix doesn’t win for Best Actor.

Jojo Rabbit came out this past November and is directed, written and stars Taika Waititi. This film is based on the book Gagging Skies written by Christine Leunens. It stars Scarlett Johansson, who is nominated for Best Supporting Actress, Roman Griffin, Thomasin McKenzie and Sam Rockwell. This comedy/drama follows a young boy actively involved as a Hitler Youth member whose whole world and ideals get questioned when he discovers that his mother has been hiding a Jewish girl in their attic.

Once Upon a Time in Hollywood debuted in July, which is Quentin Tarantino’s latest film. Tarantino is nominated this year for Best Director and is already the winner of Golden Globe’s Best Screenplay. He wrote and directed this fantasy/comedy/drama starring Leonardo DiCaprio, who is nominated for Best Actor, Brad Pitt, who is nominated for Best Supporting Actor and was winner in that category for the Golden Globes, Margot Robbie, Al Pacino, Kurt Russell and Dakota Fanning. This film depicts a washed-up TV actor (DiCaprio) and his best friend and stunt double (Pitt), who want to regain the success they once had while the 1960s wind down. The movie has multiple story lines happening all at once, including the revised story of Sharon Tate, Roman Polanski and Charles Manson.

Parasite is a Korean foreign film with subtitles directed by Bong Joon-ho, who is nominated for Best Director, this film won a Golden Globe for best Foreign Film and stars Cho Yeo-Jeong, Park So-dam and Choi Woo-Shik. The movie portrays the class discrimination between two families; one very rich and the other very poor. If you can tolerate the subtitles, this is a film worth seeing and probably will win for best movie.

Finally, 1917, which is directed by Sam Mendes, who is nominated for Best Director and won in that category at the Golden Globes, stars Dean-Charles Chapman, George MacKay, Richard Madden and Benedict Cumberbatch. This film, which is currently in theaters, is set during World War I and follows two British lance corporals getting unreasonable orders that put them in enemy terrain in an attempt to deliver a missive that could possibly save close to 1,600 of their mates, including one of their brothers.

If you haven’t seen any of these movies, now is the time, and remember to tune in on Sunday, Feb. 9 at 8 p.m. on ABC to see if your favorites win.