The concept of the knight errant—a character that wanders the land in search of adventures framed by a desire to right wrongs or assert his chivalric ideals—dates back to medieval times. That definition perfectly describes Jack Reacher, the fictional creation of author Lee Child, who has used him as the crux of 23 novels dating back to his debut, 1997’s Killing Floor. Reacher is a former Army MP who roams the country with nothing more than a folding toothbrush, an ATM card and an expired passport on his person. The hulking 6’5” nomad reappears in the recently published Past Tense, a novel centered on its protagonist’s return to the hometown of his late father. There, he finds that nefarious doings are going on in the municipality’s outskirts—but no record of his family having resided there exists.
Child’s latest book is his 13th have reach number one on the New York Times Best Sellers list, further affirmation of the wild popularity of his Jack Reacher character. This public reaction has led to a pair of films, 2012’s Jack Reacher and 2016’s Jack Reacher: Never Go Back, both of which featured the controversial casting of diminutive Tom Cruise to play the films’ gargantuan namesake. An agreement was recently reached to produce a Jack Reacher series that will not include Cruise. 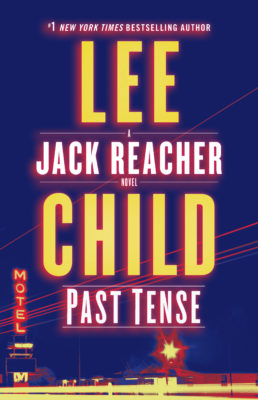 Born James D. Grant in Coventry, England, the man who reinvented himself as Lee Child worked at Granada Television from 1977 to 1995 as a presentation director working on a number of shows including Brideshead Revisited, The Jewel in the Crown, Prime Suspect and Cracker. It was only after being laid off due to corporate restructuring that Grant turned to writing as a vocation, later moving to his wife’s homeland of America in 1998.
Child will be appearing on Long Island for an author talk and book signing sponsored by Long Island LitFest and hosted by Huntington’s Cinema Arts Centre. Admission to the event is $35 ($30/Cinema Arts members) and includes a copy of Past Tense, a talk moderated by author Reed Farrel Coleman (Moe Prager/Gus Murphy/Jesse Stone novels), audience Q&A and a book-signing reception. Child will be discussing his most recent chart-topping novel, his writing style and process and the success of his Jack Reacher character.