Americans Deserve A Life After 6 p.m. 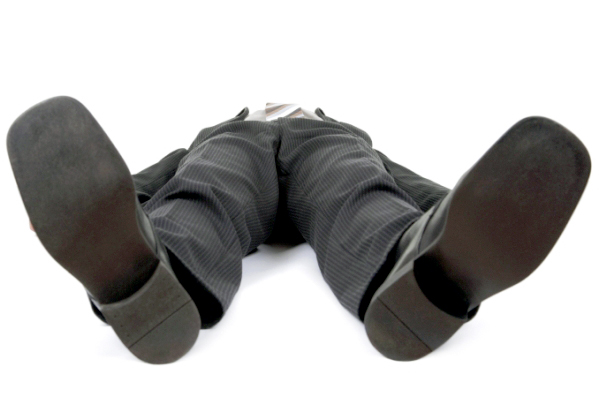 I know, I think, it was meant to be funny, I guess. Satire. The arguments over that ad for the luxury Cadillac ELR practically split up families, the one where actor Neil McDonough says: “Other countries, they work, they stroll home. They stop by the café. They take August off. Off! Why aren’t you like that? Why aren’t we like that? Because we are crazy, driven, hard-working believers, that’s why.”

The ad was hailed as “celebrating America and Americanism” in media outlets geared toward people who like to do and think what they’re told, without questioning the management.

For a long time in this country, advances in technology and productivity translated into more leisure time for the American worker. Spending time with family, in church, in the community was not just something nice. Henry Ford, not a particularly nice man, shifted his workers from a six-day week to a five-day week in 1922, and then instituted a 40-hour week in 1926, because his company’s studies showed that it significantly reduced costly mistakes by tired workers. By 1937, most employers supported the Fair Labor Standards Act, which made the five-day, 40-hour work week federal law. It increased productivity, health, safety and efficiency.

If employees aren’t in good health, competitiveness suffers. Many managers and professionals will tell you that really great ideas often come during jogs or in the backyard or while quietly relaxing in an easy chair.

A few weeks ago, two unions representing 250,000 workers in the French technology, engineering and consulting sectors reached an agreement with employers, including the French offices of Facebook and Google, to limit business-related emails and phone calls after work hours. These employees, mostly managers, already work more than the legal 35-hour-a-week limit, mostly because of constant connection through smart phones and tablet computers. Employers will develop their own policies, but the crux is that workers will not be pressured into looking at work-related emails or documents after 6 p.m.

This has touched off an international sensation. “Life After 6” has become the talk of many of the world’s workplaces.
This has been building for a while. In 2011, Volkswagen turned off its servers at the end of the workday so that its (German) workers couldn’t send or receive emails. Last year, Germany’s Labor Ministry ordered supervisors not to contact employees outside office hours.

The city government of Gothenberg, Sweden (population 533,000) has started a controlled experiment in which some municipal employees shift to six-hour days. It’s hoped that staffers will take fewer sick days and feel better, increasing output.

Before anyone starts complaining about “lazy French,” note that French workers, even with a mandatory minimum of 30 vacation days a year, produce $57.70 worth of output per hour. That’s more than workers in Germany ($55.80), Great Britain ($55.20) and 14 other European economies. Germany is the economic engine of Europe, and workers there average 27 hours a week on the job.

Americans work nearly 11 hours more each week today than they did in 1976. Productivity has been shooting up, a full 23 percent since 2000 alone, while overall pay over the last decade has flatlined. Workers no longer share in productivity gains, a big reason Gallup found that only 30 percent of American workers still feel engaged and motivated at their jobs, costing as much as $550 billion a year in lost productivity and profitability.

Among the world’s advanced economies, only the South Koreans and the Japanese put in more hours than Americans. The Japanese invented a new word (“karoshi”) to describe sudden death from stress at an office desk. What will we call it?