Americans Are Better Than This 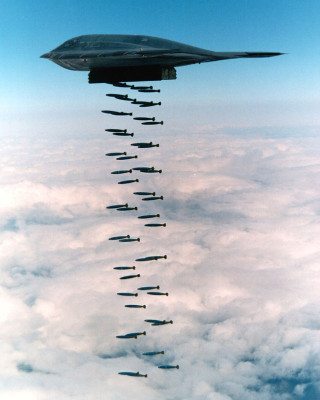 “We’re talking about ruthless things tonight. Carpet bombing, toughness, war, and people wonder, could you do that? Could you order airstrikes that would kill innocent children, not scores, but hundreds and thousands. Could you wage war as a commander in chief?”

This was an actual question asked by CNN moderator Hugh Hewitt during a Republican Presidential debate last December. In this Brave New America we’ve built, it is simply assumed by many that American Presidents wage war as part of their normal routine. Causing the deaths of large numbers of civilians is part of the job responsibility.

Americans are not being presented with an opposing view. On May 9, the Obama administration honored former Secretary of State Henry Kissinger, presenting him with the Department of Defense’s highest civilian award for “his years of distinguished public service.”

Kissinger lives the life of an A-List Manhattan celebrity, remembered for his role in engineering a détente with the Soviet Union and for establishing diplomatic relations with “Red China.” But there is the rest.

In 1971, Pakistani dictator Yahya Khan began slaughtering East Pakistanis desiring autonomy. Kissinger supplied Yahya with weapons and thwarted international efforts to reign in the mass slaughter. On the scene, American Consul Archer Kent Blood, a career civil servant taking a courageous stand, made official pleas and protests denouncing his government’s morally bankrupt role in the suppression of democracy and the support of genocide. He was transferred.

Today, Blood is a national hero in the now-independent country of Bangladesh. His bravery was recalled in a front page story that ran in the Dhaka Tribune on the day of Kissinger’s honor, under the headline, “Henry Kissinger: True American Hero or War Criminal?”

Hundreds of thousands, even millions, of massacred Bengali Hindus carpet-bombed Cambodians and disappeared Argentinians and Chileans ask this question. As the years go by, the record grows both clearer and darker. Only in 2014 did declassified documents confirm what everybody already knew: Kissinger personally assured the Argentinian junta that there would be no interference with their 1976 dissident crackdown. It’s only been confirmed for a few years that Kissinger and President Ford actively and directly encouraged Indonesian President Suharto’s 1975 bloody invasion of East Timor. When Philip Habib, later a key diplomatic envoy for President Reagan, brought up the tragic invasion at a meeting of the National Security Council, Kissinger told him, “I’m assuming you’re really going to keep your mouth shut on this subject.”

Last week, presumptive Republican nominee Donald Trump announced that he would be conferring with Kissinger. Commentators throughout the corporate media gushed about this boon of credibility and gravitas.

President and Secretary Clinton have both publicly bragged about compliments and advice Kissinger has given to the likely Democratic nominee. When she was called on this by Senator Sanders in the February 11 debate (“I will not take advice from Henry Kissinger”), he did not bring up the very close personal relationship between the Clintons and the Kissingers; the families have for years vacationed together at a luxurious Dominican beachfront villa.

Secretary Clinton’s network of advisors “is the living embodiment of the mainstream Foreign-Policy Establishment,” according to Foreign Policy. This might be taken as either a compliment or as a warning, as the “massive brain trust” includes the people most responsible for a decade and a half of permanent war, massive military spending and a generation of Americans taught to always be afraid. Never question the management.

Brazil and Venezuela are both undergoing political meltdowns, and there is talk in both countries that somehow U.S. intelligence agencies are behind the instability.

This distrust, disappointment and resentment is the real Kissinger legacy.