“I want to thank the Museum of American Armor and the LI Living History Group for putting together such a vital and educational program for Long Island’s high school students,” said Nassau County Executive Ed Mangano. “This program will provide students with a deeper understanding of World War II that will make real what they learn in the classroom. If the enormous legacy of that earlier American generation is to be upheld, it will be up to us to pass it on to the future generations.” 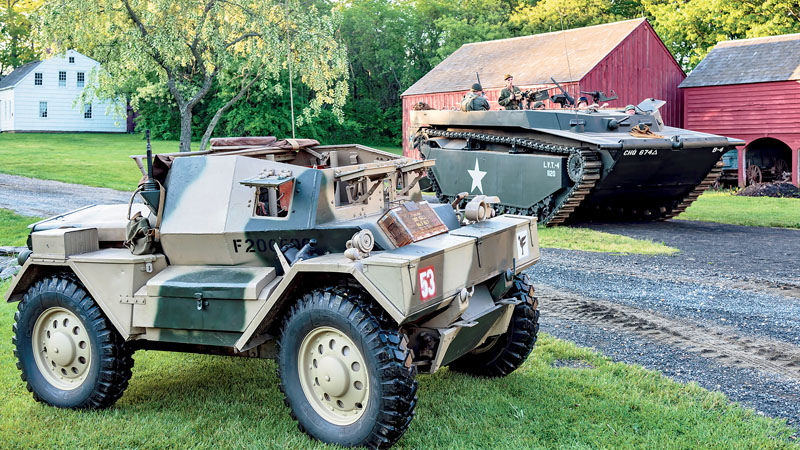 “There is not a family anywhere on Long Island that is not directly connected to the legacy of World War II,” said Lawrence Kadish, president and founder of the Museum of American Armor. “The challenge in sustaining that inheritance is that the hard lessons learned from that conflict are rarely explored in any depth in the classroom. This program changes the conversation.”

Participating Long Island school districts will have students arrive at Old Bethpage Village Restoration throughout the day on Oct. 16, where living historians will introduce them to how, where and why World War II was fought, followed by armor and infantry field exercises that assault an enemy position. Park officials expect as many as 2,000 students to visit the military encampment throughout the day.

“This program builds on efforts of the armor museum, living historians and Nassau County to create a lasting educational environment that multitasks Old Bethpage Village Restoration,” Gloria Sesso, chairperson of the Long Island Council for the Social Studies, observed. “As educators, we welcome them as allies in helping tell the story of a war that forever changed the course of history and one that continues to direct the actions of nations around the world.”