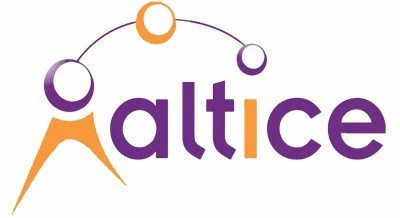 The purchase of Long Island’s famed Cablevision Systems Corporation by Netherlands-based multinational telecom company Altice NV has received the appropriate federal, state and local regulatory approvals and closed on June 20. Altice entered into an agreement to acquire Cablevision last fall on Sept. 16, 2015. The transaction, valued at $17.7 billion, provides Cablevision shareholders of Class A and Class B common stock to receive $34.90 in cash for each share they own. Cablevision was listed on the New York Stock Exchange under the symbol CVC and its last day of trading was Monday, June 20, closing at $34.87.

Altice USA has been formed with the acquisition of Cablevision and Suddenlink to become the number four cable operator in the United States. The company serves 4.6 million customers in 20 states. In addition to its cable operations, Altice USA also is the new owner of News 12 Networks, Newsday and amNew York.

Some players from the merger will remain, like Kent of Suddenlink, who is part of a newly found Group Advisory Council at Altice USA being led by Patrick Drahl, Altice’s founder and controlling shareholder. “The completion of the Cablevision acquisition marks a critical step in the development of the Altice Group. Altice USA is a key pillar of our business and a powerful and dynamic growth platform,” said Drahl.

At the helm of Altice USA is Michel Combes, former chief executive officer of Alcatel-Lucent SA. Combes replaces Dexter Goei, who will focus on integrating the U.S. cable carriers. Combes has the reputation of being a cost-cutter.

Altice is a multinational cable, fiber, telecommunications, content and media company with presence in four regions: Western Europe (France, Belgium, Luxembourg, Portugal and Switzerland); the United States; Israel and the Overseas Territories (French Caribbean, the Indian Ocean regions and the Dominican Republic). Altice provides very high speed-based service including high-quality pay television, fast broadband Internet and fixed line telephone and in certain countries provides mobile telephone services to residential and corporate customers. Altice is also active in the media with a portfolio of channels including news, sports and lifestyle as well as providing premium content. It also produces its own original content such as series and movies.