Alternative Medicines On The Rise

The use of alternative medicines for the treatment of systemic disease continues to rise in the United States. There are many different types of alternative medicines including homeopathic and naturopathic therapies, mind-body interventions, herbs and dietary supplements, manipulative and body-based methods and energy therapies. Most of these therapies, when effective, provide short-term relief and require multiple sessions or frequent treatments. These therapies certainly have value and should be used when they help and when they do no harm. The most common type of alternative therapy used in the United States is herbal and dietary supplements, including vitamins, with more than one-third of the population using some type of supplement.

In the United States, unlike other areas of the world, these dietary supplements are not subject to the same regulatory policies that are in place for pharmaceutically manufactured therapies. Therefore, safety is paramount to their use. After absorption from the gastrointestinal tract, the supplement or its metabolite enters the bloodstream where they pass through the liver. Liver toxicity may be the hallmark toxicity of these treatments.

Having said that, it is important to note that 99 percent of these products are safe. There are, however, certain ingredients that are known to cause liver injury. In addition, there can be dietary supplement—drug interactions that either increase or decrease the serum concentration of prescription drugs that can lead to enhanced toxicity of the prescription drug or decreased medication effectiveness. For example, certain Chinese herbs, garlic, gingko and tamarind can interact with anticoagulants and increase the risk of bleeding. Licorice can interact with the diuretic spironolactone and make the spironolactone less effective.

There is a public perception that these dietary supplements are safe and that therefore their use does not need to be reported to their physician or health care provider. The rising use of herbal therapies has been accompanied by a rising reported incidence of liver toxicity. The take home message should be that despite the overwhelming safety of these products, people should read the ingredient panel carefully for known liver toxins and consult their health care provider before taking something new, especially if underlying liver disease, including fatty liver, is present. 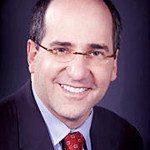