You’d be hard-pressed to find a figure in the roots-rock/Americana world that’s more loved than Alejandro Escovedo. Not only was he named Artist of the Decade by No Depression magazine in 1998, but a near-fatal bout with hepatitis-C that left him with crippling debt found his musical peers rallying around him and recording 2004’s Por Vida: A Tribute to the Songs of Alejandro Escovedo. This outing featured an array of artists including Lucinda Williams, Son Volt, Ian Hunter, Steve Earle, The Jayhawks and Los Lonely Boys recording two CDs worth of Escovedo’s compositions with all money going to cover his medical expenses.

Nearly a decade and a half later, the San Antonio native is fully recovered, working as a spokesperson for the Prevent Cancer Foundation and touring with the Minus Five, who backed him on his stellar 2015 outing Burn Something Beautiful. 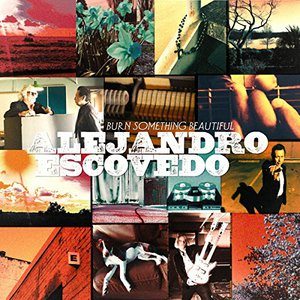 Produced by R.E.M.’s Peter Buck and Scott McCaughey (Young Fresh Fellows), these baker’s dozen worth of songs strike a healthy balance of pop nuance and guitar-driven melodicism. Burn Something Beautiful resonates with the kind of feeling you’d expect from a glam-rock lover who is a diehard Mott the Hoople fan who admitted to “…constantly sitting at [Tony Visconti’s] feet wanting him to tell us stories…” when Escovedo worked on his three prior solo outings with David Bowie’s old friend and producer.

When he’s not releasing squalling guitar riffs on songs like the drawling opener “Horizontal” or the echo-soaked thumper “Luna De Miel,” the Dallas resident is pouring his heart into singing about piles of broken hearts and missing friends amid the harmonies and slashing chords of “Heartbeat Smile” or the uncertainty of a relationship in the aching Kelly Hogan duet “Suit of Lights.” The entire project was a welcome excuse to reconnect with McCaughey, who he’d known since the mid-1980s and to also briefly be part of the Pacific Northwest music scene.

Click here to find out some of Alejandro Escovedo’s favorite glam and garage rock songs.

“I met Scott around 1985 or so. I was touring with Los Lobos—I was with the True Believers and we played a gig at the University of Washington that was the Young Fresh Fellows, True Believers and Los Lobos. Afterwards, we went to the Edgewater Inn, which is the hotel where that song ‘Mud Shark’ from Frank Zappa’s album was written. We hung out all night and talked about Mott the Hoople. We struck up a friendship and a mutual admiration society for each other and Mott,” Escovedo recalled. “[Burn Something Beautiful]” evolved from a tour I did with Peter [Buck] and Scott about three years ago. We co-wrote all the songs on the record together and they produced the album for me. We used all Portland or Pacific Northwest musicians. I’ve known those people for a long, long time, but never had the opportunity to go up there and make a record. It was wonderful to be embraced by them and become part of the Portland community for a short time.

The seventh of 12 children, Escovedo has always been surrounded by musically talented siblings, be it older half-brothers Pete and Coke (both who played in Santana), younger siblings Javier (The Zeros) and Mario (The Dragons) or niece Sheila E. As a middle child, he admits that much of his time growing up was spent alone working on music and using those relationships, particularly with his father, to influence his future work. 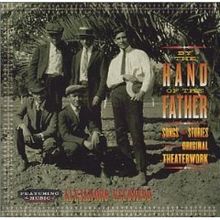 “My father was an ex-prize fighter who was one of those Damon Runyon kind of guys. He was certainly flawed, but was my hero pretty much. My role has been as someone who writes very much about the family—my father’s journey—I explored that on the musical piece By the Hand of the Father. I also addressed it in various songs along the way. Everything from ‘Ballad of the Son and the Moon’ on one of my first albums [Ed. Note: Thirteen Years] to ‘Sally Was a Cop’ on Big Station and maybe ‘Redemption Song’ on this album,” he explained. “I’ve always had moments where it’s taken me back to what my father and mother went through. Sometimes about their journey across the border and sometimes speaking about what I saw as a kid and how their relationship played out in various ways. Sometimes it was good and sometimes it was not so good.”

Having seen a lot during his 66 years on Earth, with much of the past four decades spent trying to survive as a working musician, Escovedo admits that the music industry is practically unrecognizable from what it was when he started out. But despite these changes, his role as an independent musician hasn’t changed, even as he plans to have the next few months out bouncing between different groups of back-up players and touring that will take him to Europe, the West Coast and his home state of Texas. 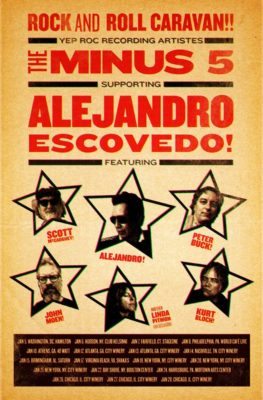 “In a way, there doesn’t seem to be a music industry any more, not like it was. It’s very different now. Everything has changed from budgets for records and tour support to publishing. Then there’s the sure fact that people don’t buy albums necessarily, they buy songs. It’s a different experience altogether,” Escovedo said. “I don’t know that it affects people like us. It obviously does to a certain extent, but I think musicians that just go out there and play live, this is the way we live and see the whole process. It’s to go out and do it in front of people. Artists like myself don’t get a lot of radio. There’s only one way to deliver and that’s through live performance. The fact that there isn’t the kind of support there once was with labels hasn’t changed in that respect for us.”