According to the Oxford Dictionary, a raconteur is “a person who tells anecdotes in a skillful and amusing way.” With that understanding, anyone who has ever experienced a conversation with Rock and Roll Hall of Fame keyboardist Rick Wakeman might wonder if his picture might be found next to that definition. As an on-again, off-again member of prog rock giants Yes, Wakeman has always cut a figure as a performer prone to wearing capes all while possessing considerable chops behind his bank of keyboards.
Currently touring behind his one-man Even Grumpier Old Rock Star Tour, the septuagenerian musician is thrilled to be back in his element. As someone who loves the post-performance meet-and-greet ritual as much as he does playing live music, the recent 18-month lockdown his native UK imposed due to the pandemic proved to be a form of torture for the self-described people person, particularly given the personal loss he experienced.

“I would lie if I said it was easy and it hasn’t been for anybody really,” he said. “I lost 19 friends during the pandemic, plus a lot more who had it and didn’t have any symptoms whatsoever. I just took the advice from people who I thought were giving the right advice which was basically stay as safe as possible. We live very close to the sea, so there is lots of country around us and we were able to take walks and not be around a lot of people, so that was good. The hardest thing was not being able to visit or see people. Even more so, you couldn’t tour, do concerts or make music properly because you couldn’t work with other musicians. That for me, was beyond frustrating because every time we thought they sorted out the pandemic and life was starting to come back to normal, then something else happened and it wasn’t [normal life] anymore.”

He Is The Entertainer
Wakeman had several world tours canceled in nearly two years due to the erratic state the live music industry was put in because of COVID-19. Now that he’s dividing the current jaunt into two legs, with the second to resume in March 2022, the native Londoner is making up for lost time as best as possible, while ensuring he and his audience are safe. Pandemic protocols are in place with social distancing and masking required backstage and face coverings required for attendees. He considers it a small price to pay for the ability to get back to playing music and connecting with his audience.
“It’s great to be back out playing, it really is,” he said. “I feel for people that sit there in rows with masks and you just hope they’re smiling behind them. 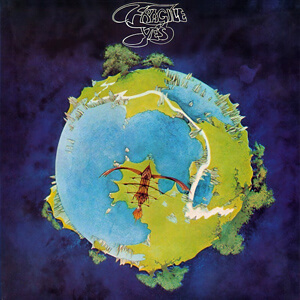 “But with this current tour, it’s my one-man show. I grab a piano, a couple of keyboards and a lot of anecdotal and ridiculous stories that I tell. It’s very intimate. I like to think of it, regardless of the size of the theater, that everyone is in my front room kind of thing. It’s a lot of fun and I enjoy doing them very much indeed. The other great thing is that when you’re on your own, you can have a set list and whatever stories you want to tell. But then you arrive somewhere and someone will remind you of something of something will happen and you wind up changing the set, so every day and every show, there is something different in the set and some different story that comes in because somebody reminds you of something. And that’s something you can do when you’re on your own that you can’t do with a band. I like meeting and talking to people and that’s the hard thing. The show is great, but I miss the real meeting of people and friends who’ve come to the shows. They sort of wave from outside.”

From The Beginning
Music was always an integral part of Wakeman’s life, dating back to being three years old and sitting on the bottom step of his childhood home watching his piano-playing father jam with other instrumentalist family members who came around on Sundays (“I thought it was a most wonderful thing”). When the young Wakeman was five, piano lessons were arranged with a local teacher named Dorothy Symes, a profound influence who he regularly met up with for 11 years until he was accepted at London’s Royal College of Music.

It was while studying piano, clarinet, orchestration and modern music with the goal of becoming a concert pianist that Wakeman became an in-demand studio musician after crossing paths with producers Tony Visconti, Gus Dudgeon and Denny Cordell. Among the many sessions Wakeman played on where David Bowie’s “Space Oddity” and T. Rex’s “Get It On.” And while he’d become better known for his prog rock work with Yes, Wakeman connected with the presentation and theatricality that was inherent with what Bowie and Marc Bolan were using to define glam rock.

“One of the things that was important to me, which I felt you should have with prog rock or any kind of orchestral rock, was theater,” he said. “That’s what people like Marc [Bolan] and David had in abundance. They were very much on the principal that while people came to hear the music, there was a spectacle to watch as well and you had to look the part. That was the spark for me. We talked about it in Yes’ world, which is why we brought Roger Dean in to build the stage. I think that was really important. It was a good period. I think one of the great things prog rock did was take the best ideas from other genres of music, which was great.”

Progging Out
When Wakeman was asked to join Yes in 1972 to replace incumbent keyboardist Tony Kaye, Wakeman had to turn down Bowie’s offer to join the latter’s Spiders From Mars. It was a fortuitous decision that would see Wakeman bouncing back in and out of the group as a member that he described as being akin to Richard Burton and Elizabeth Taylor’s relationship (“Can’t live with each other and can’t live without each other”). And while the last band-related project he participated in was Yes featuring Jon Anderson, Trevor Rabin and Rick Wakeman from 2016 through 2020, Wakeman said the epiphany all members of the extended Yes family learned was to appreciate and respect everyone’s differences. 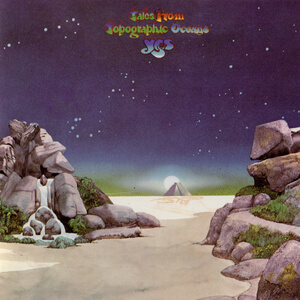 “We get on great because we learned to give each other space,” he explained “One of the things we learned in Yes is that we’re all very different people. We have different lifestyles, hobbies and different views on pretty much everything. But that doesn’t mean to say you can’t make great music together because you have the same views on music—that’s all that really matters. What we learned in recent years, and this century more than any other time, is to accept that we’re not the same and don’t have the same loves in life if you take the music away. I speak to Jon and Trevor a lot. I’m having dinner with Steve [Howe] when I get back. I haven’t seen Steve since the Rock and Roll Hall of Fame [induction ceremony]. I said we should have some lunch. We probably won’t have the next meal until we’re 130—you just play things by ear.”