Local quarterback to play in international tournaments When Brian Alfieri steps onto the field as the starting quarterback for the U.S. Men’s Flag National Team...
Read more
Catholic Schools 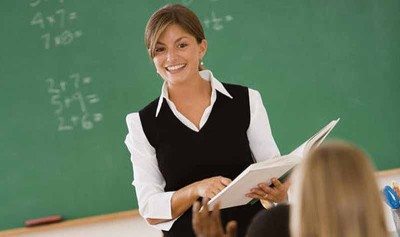 Interest in becoming an educator continues to decline at an alarming rate among U.S. high school graduates, according to a new report from ACT.

The Condition of Future Educators 2015 reveals that only 4 percent of the more than 1.9 million 2015 U.S. high school graduates who took the ACT test said they intended to pursue a career as an educator—either as a teacher, counselor or administrator. This is down from 5 percent in 2014 and down from 7 percent in 2010.

According to the report, not only are fewer students interested in becoming an educator, but those who are interested have lower-than-average achievement levels, particularly in STEM (science, technology, engineering and math) areas. The percentages of aspiring educators who meet the ACT College Readiness Benchmarks are lower than the national average in math, science and reading.

“These results point to the continuation of an ominous trend,” said Marten Roorda, ACT chief executive officer. “Quality teaching may be the single-most important factor to improving educational outcomes. For states to succeed in their efforts to raise the bar on student achievement, we must attract more talented young people to the field of education, not fewer.”

The report suggests males are much less likely than females to be interested in becoming a teacher. Fewer than a fourth of those graduates who aspire to a career in education are male, including fewer than one in 10 of those interested in early childhood and elementary education.

In addition, the findings point to a lack of diversity among students interested in education. Just 23 percent of aspiring educators are African American or Hispanic, while students in those two groups comprise 31 percent of all ACT-tested graduates.