BMW’s X5 is the perfect ride for mediocre weather

Get ready to cruise down the Long Island Expressway or the pot hole-filled Northern State Parkway during the grueling winter months. Slippery roads with black ice will appear sooner rather than later, and you need to have an automobile that suits the needs of New York’s treacherous highways.

The BMW X5 is exactly what one needs to get by the rough winter without worrying about how many hours you’ll spend at the mechanic trying to repair the damage from the poor road conditions. Just by driving through the Town of Oyster Bay, the X5’s smooth ride is largely thanks to the hefty build. Its 5,000-plus pounds make it perfect to drive, and you’ll barely feel the largest bumps in the road throughout the region.

In 2019, BMW redesigned the X5, completely revamping one of its most popular machines. Munich opted to give the X5 a sportier look and, most of all, a fresh engine.

The 2020 X5 is one of the most durable vehicles BMW has produced. Its three models—the sDrive40i, xDrive40i and the xDrive50i vary from 335 horsepower to 456 horsepower—making it one of the most powerful family-oriented vehicles on the road.

“What stands out to me is it’s luxury and sportiness, like every single thing BMW stands for,” Joshi said. “It’s one of those cars that you can put your entire family in it, and at the same time, like if you need to merge on a highway or get somewhere quick, you can do it with five people in the car.”

The sportier M-tuned version of the 2020 X5 M, as well as the X6 M, feature a twin-turbocharged S63 V8 engine, generating more than 520 horsepower. That’s a whole lot of muscle.

When BMW unveiled the 2019 version of the X5, the engine was so powerful that Toyota is utilizing it for the all-new Supra.

“All of the manufacturers are trying to make something sporty like what BMW has,” Joshi said. 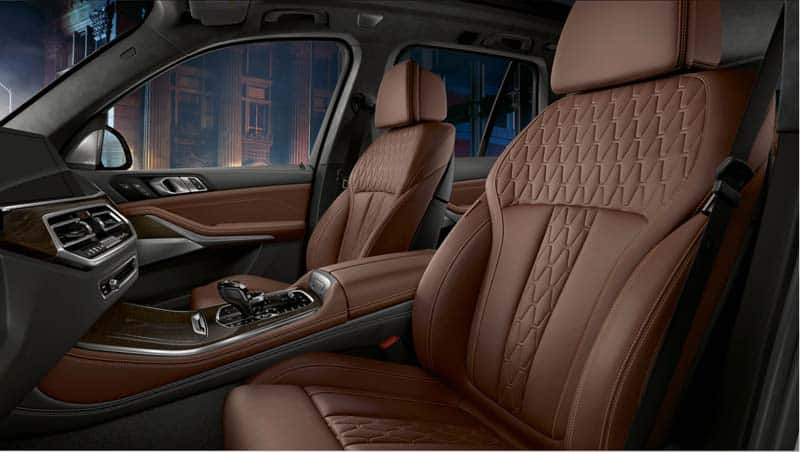 Worried about getting pulled over for speeding in this bullet? Don’t worry, because the speed limit actually pops up on your windshield. And no, it’s not a distraction, either, due to its perfect placing. It also has everything from Apple CarPlay, blind-spot detection, frontal collision warning, lane department warning and all of the basic safety features that BMW offers.

To top it off, this machine has a spacious center console, perfectly designed to have plenty of space to store extra items you have in your pockets, coffee and anything else that you need to leave in your ride.

“They focused a lot on the interior with the materials that a lot of the other brands have,” Joshi said. “There really is no short comings and there’s no reason to get another car. Everything you need in a car is right here with the X5.”

“The X5 was the first to have the state-of-the-art technology,” Joshi said. “The X5 is the one that originally came out with all of this technology. It was widely-anticipated, and it still is. They keep going with it because the car speaks for itself.”