A View From Third: Tim Teufel Connects The Mets’ Past And Present

New York Mets third base coach Tim Teufel was as disappointed as anyone when the team made the final out against the Kansas City Royals in game five of the World Series, breaking fans’ hearts throughout Long Island and the greater Metropolitan area.

But Teufel, who experienced championship triumph with the team in 1986, believes the 2015 team has a lot to be proud of—and the fans have a lot to be thrilled about in terms of this team’s future.

“We didn’t play as well as we needed to [in the World Series] and that was disappointing,” he said. “But from the fans’ standpoint, you have to realize that there is a lot to look forward to with this team. The starting pitching is so strong that we expect to be in the mix again next season. This wasn’t a team that was just built to win now, it’s a team that was built to compete and be strong for multiple seasons. Our goal is to come back on top in the East next season and take it from there.”

Climbing to the top of the National League East in 2015 was no easy task, according to Teufel. In fact, the Mets had to fight just to get into the projections of baseball professionals.

“No one predicted this at the beginning of the season,” said Teufel, who joined the Mets’ coaching staff in 2012. “Washington was projected to finish first with Miami second, then Atlanta, then us.”

According to Teufel, it was a September sweep against the Nationals in Washington that truly solidified this team’s tenacity.

“That really propelled us into the playoff mindset,” he said. “And [in the playoffs], we fought hard against the best pitchers in the National League in [Clayton] Kershaw and [Zack] Greinke on the Dodgers. Then the Cubs with their elite hitting, they were supposed to absolutely whoop us, but we swept them and made it to the World Series.”

Once in the series, Teufel said the Royals’ experience the year prior was the real difference maker.

“They took advantage of every single mistake we made. Every fastball over the plate, every walk, every error; every possible scenario where we gave them an extra out, they capitalized and you have to respect that,” he said. “They didn’t seem like they were all that concerned losing an early lead or even a late-inning lead.”

With the 2015 season behind him, Teufel can begin to pick out a few of his more memorable moments. Topping the list was watching Mets skipper Terry Collins reach the playoffs for the first time after a long, distinguished career as a Major League manager.

“He deserved a shot,” said Teufel. “He provides a great working environment and players really respond to his style.” 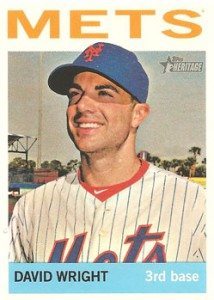 Another top moment for Teufel was the return of Mets captain David Wright in Philadelphia on Aug. 24. The Mets third baseman socked an upper-deck home run on the first pitch he saw.

“The way he came back was so special,” he said. “We had been waiting three or four months for him to show up and when he did, he produced right away. It’s great having him in the lineup, not only for his bat, but his heart.”

Teufel looks forward to a healthy Wright next season and coupled with the experience of losing the World Series, Teufel believes the team will be in an even better position to win next season.

“Having experience slows the heart rate down and puts you in a position to succeed,” he said. “It slows the game down.”

Fans will be able to slow the game down and return to the feeling of 1986 when the New York Mets hold a special reunion and celebrate the 30th anniversary of the Mets’ “amazin” 1986 season. Organized by Steiner Sports, the reunion takes place at the Swan Club in Roslyn on Saturday, Jan. 30. Visit www.steinersports.com for more information on the event. 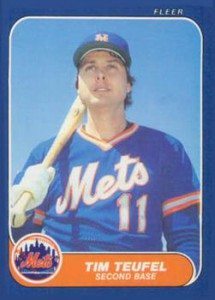 Whenever Teufel gets back together with the ‘86 squad, he is brought back to those days—though to be sure, there are a few more gray hairs in the room.

“It’s a time warp,” he said. “We look at each and we’re all getting a bit older, but we can all still appreciate what we accomplished.”

As a second baseman with the Mets during those glory days, Teufel marvels that people who were young children watching him play at Shea Stadium are now adult season ticket holders watching him coach at Citi Field.

“It’s a generational thing,” he said. “1986 was a special year at the ballpark and to be able to bridge that generational gap is incredible.”

Teufel is optimistic about the 2016 season—and he assures fans that the team is highly motivated to bring that euphoric feeling of winning it all back to this franchise and its fans.

“To be on top, to be the best in the league, there is nothing like that,” he said. “That’s one regret I have. I think about getting together with the ‘86 team and talking about what we accomplished; I really would have loved for the 2015 team to get to do that. To bring the championship back for a new generation of Mets fans. Hopefully next year is our year.”