Cynthia Paulis - In the Heart of the Community

A New Start In The Old World 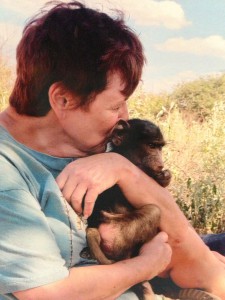 When the holidays are over and January rolls around, many of us make resolutions about how we plan to change our lives for the New Year. Louise Wolkis, 73, of Westbury took those resolutions to an entirely new level after her husband of 50 years passed away a few years ago. While swimming in her water aerobics class, she lamented to her friend that she didn’t know what she was going to do with her life.

She had run a successful medical transcription business, raised her family and had taken a few trips with her husband, but never really had a chance to live out her dream of working with wildlife. So she sat down at the computer to research wildlife opportunities and found an organization that interested her. After a series of shots, she booked a flight to Namibia to work with orphaned baboons for two weeks. Her family thought she was crazy. 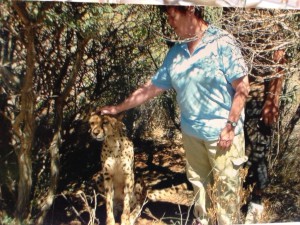 “If you stop and think what could happen—a woman my age traveling alone. You have to just block that and do it, you can’t over analyze it. This was just something I needed to do,” she said. “As soon as I got there, I saw these baby baboons just jumping from one lap to another. I was mesmerized, and right at that moment, I fell in love.”

Wolkis had some difficulty adjusting to the heat and the altitude, not too mention the bathroom situation.

“The bathroom was down the road, lined by rocks, but you learned not to go at night,” she said. “The first night I was there, I went to brush my teeth. There were no lights, it was pitch black. I walked out on the deck of the tent to spit and fell three feet down. I was bruised and embarrassed. Another time, I was brushing my teeth in the sink and the water wouldn’t go down. I pulled out the stopper and it turned out to be a lizard that was curled up in the drain.”

Wolkis beamed as she recalled her time with the baby baboons. 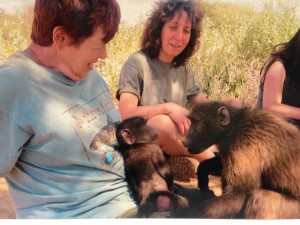 “I fell in love with them, they are so frisky, so playful. They would grab my toast, put their hands in my cereal and do their business all over. Kanabe, was 7 weeks old and his mother was hit by a car; Max was 7 months old and his mother was shot,” she recalled. “We were taught how to put a diaper on them and how to mix formula. At night, these baby boons are afraid of the dark, so I volunteered to sleep with them. One was holding me around the waist and another time one was ‘spooning’ with me where his back was to me and I had my arms around him. I started to cry…the emotion…and part of it was because they trusted me. That was such a phenomenal thing to me, that you take an animal, and it trusts you. I was its mother that night.”

Wolkis bonded with the cheetah, Symira, who had lived on the sanctuary her entire live, and was like an overgrown cat.

Wolkis reflected on what she learned about herself on the trip.

“I challenged myself and I learned a lot working with the young people,” she said. “I learned not to be afraid of something I had never done before. I realized that being with people who had the same interest, the generation gap was closed.”

Wolkis said going to Africa changed her perspective on life.

“Things that I thought were important were not important,” she said. “The relationships you build and the trust you build with a wild animal was just extraordinary. I came back feeling richer than when I went and I will always treasure it. I thought this would be it for me, but last March, I went to Costa Rica to work with the howler monkeys and the sloths. This year, I want to go to Zimbabwe to work with orphaned cubs to broaden my experience.”