A Matter Of Honor: The Welcome Return Of Steve Hackett

It was on March 8, 2020, that Steve Hackett and his band last appeared on Long Island, at the NYCB Theatre at Westbury. The concert marked the last live event I would attend for quite some time, as well as one of the final performances Hackett gave prior to the pandemic tightening its grip on the globe. Fast forward through the Twilight Zone era to now—after writing, recording, and releasing two terrific albums during 2020-21, Hackett is back on the road, bringing his Genesis Revisited: Seconds Out + More tour across the world, arriving at the illustrious Beacon Theatre in New York City on April 3. His fans are delirious with anticipation.

Having established a dialogue that began in 2014, continued in 2015 and again in 2020, I have been unfailingly impressed by this soft-spoken, erudite artist whose love for music, his wife Jo, and his legion of fans is evidenced by the degree of honor he devotes to all. Hackett’s fans have become an extended family to whom he affords the greatest respect an artist can offer; by staying in tune with their musical hopes and dreams, he delivers the goods with a steadfast consistency that acknowledges the fervent admiration bestowed on him and the vast body of music he has been responsible for creating for more than 50 years.

Hackett is exhilarated to return to live performances and shared his thoughts on the sudden cessation of his touring life.
“My God, it was all going so well, or so we thought and then suddenly the carpet got pulled, everything got closed down and we got the last flight back home from Philadelphia,” he recalled. “We filled in the time without gigs with loads of recording, but I’m back in the saddle now.” 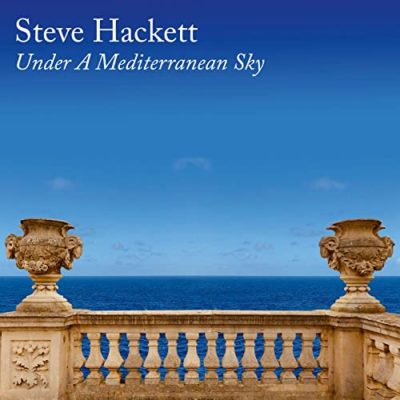 Hackett dove into writing and recording to keep himself focused and productive during the lengthy hiatus.
“I really enjoyed doing the acoustic one just to sort of (recover) after all the recent mishaps,” he explained. “I thought, hell, if I can’t do what I’m supposed to do, I may as well do something that I enjoy doing,” he shared. “So, I did that kind of escapist album; the main thrust of it was to do a virtual journey around the Mediterranean—Under a Mediterranean Sky. The other one, Surrender of Silence, has some aspects of travelogue about it, maybe not so much, it was more of a kind of heavy metal album, or melodic metal.”

Suggesting that the latter album could serve as a primer for the initiate to his music, Hackett offered his perspective.
“There have been times where I’ve approached albums as a songwriter, other times I’ve approached albums as a guitarist,” he explained. “I guess Surrender of Silence was a mixture of the two. The first track we did was “Natalia.” I was very proud of it, with all of the arrangements, the orchestral stuff, the kind of nod to Prokofiev and Tchaikovsky and the whole cinematic thing. But I realized that it was a few minutes before you’ve got a single note of guitar, so I redressed that by doing an intro that was all about tapping. So in a way, they were twins, I think they were brother and sister, really. Certain things had become cinematic throughout the album. I had a blast doing it. I think it’s a very intense album. (When) people say they like hearing it, I say, well, how did you manage to sit through it from beginning to end, because you’re getting bludgeoned over the head all the time. With the gentle stuff, I can understand, but I quite like being more aggressive, I must admit.”

One track, “The Devil’s Cathedral”, is a particular standout. The combination of instruments, the heavy atmospheres, the kind of twist of dark humor that winds through the lyrics, along with the scene shifts in the music all serve to evoke Hackett’s earlier musical journey. Hackett readily agrees “I know what you mean. ‘The Devil’s Cathedral’ is really Son of Genesis, isn’t it?,” he said. “It’s got that aspect. But it goes to places that Genesis wouldn’t have gone. You wouldn’t have had pipe organ with soprano sax playing off each other. But it works really well live, believe me. That one is a standout for me, live. I think it works better live, to be honest, than it does on record—and it works well on record. But there’s something that happens—letting the dogs out—let loose the hounds. That song, live, it just seems to get sharper teeth, really. 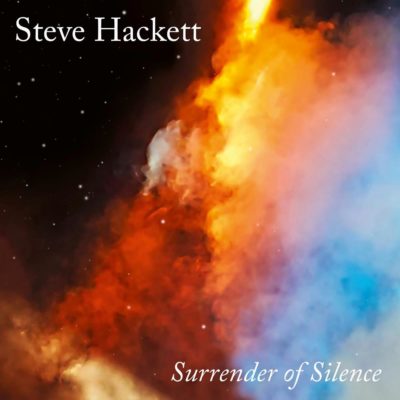 Perhaps more than any other artist who celebrates the music from their earlier career, Hackett’s approach is meticulously crafted, exquisitely arranged and presented to his fans in a way that demonstrates how he honors their appreciation of his music.
“I want to please the audience—the audience that owns it; the audience that were the midwives to its birth, if you know what I mean,” he said. “It’s not the writer’s, it’s not the performer’s, it’s the audience that owns it because they know what it’s all about much more so than those who once performed it, perhaps dismissed it, or in my case, went back to an abandoned place and repopulated it. I seem to be doing something right. All I have to do is jump in headlong (or feet first) and then we’re in a world where anything can happen. That’s the idea; keep it fast and loose.”

Steve Hackett will be appearing on April 3 at the Beacon Theatre, 74th Street & Broadway, NYC. For more information, visit www.beacontheatre.com or call 866-858-0008.