A Life Dedicated To Charity

Cancer Schmancer continues to have an impact on Americans 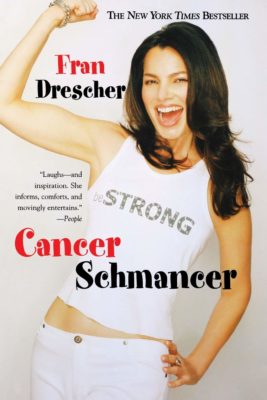 Drescher experienced a rough bout with cancer as The Nanny concluded. For about two years, she was misdiagnosed by eight doctors, eventually being told she had uterine cancer in June of 2000. The diagnosis meant doctors at Cedars Sinai Hospital in Los Angeles needed to perform a radical hysterectomy.

The doctors initially told her she had a perimenopausal condition that she didn’t have. They said she could have symptoms for a variety of reasons, including that she was “too young, too thin, even eating too much spinach.”

Fortunately, the surgery was successful and she was given a clean bill of health. However, the experience inspired her to write Cancer Schmancer, published in 2002.

Almost 20 years after publishing the book, which delves into Drescher’s search for answers regarding her diagnosis, it is now the basis of her charity, Cancer Schmancer.

“It’s the most important thing and it gives me such purpose,” Drescher said. “I got famous, I got cancer and I lived to talk about it in that order. I try to ask the hard questions.”

Besides adding some of her well-known humor to the rough battle that she fought, she also gets quite serious. Moreover, Drescher becomes an inspiration for millions of people across the country.

Her book was just the first step of what would become the journey of a lifetime. Cancer Schmancer, the charity, kicked off in 2007 with a mission “to save lives by transforming the nation’s current sick care system into one that focuses on genuine health care.”

The nonprofit focuses on prevention, early detection and policy change and was instrumental in helping pass the Gynecologic Cancer Education and Awareness Act in 2007.

“I’m not a follower,” she said firmly. “I’m a leader. I lead America into learning about why you have this disease and that you need to be more conscious and more mindful. You have to make healthier decisions. You are what you eat. Everything is an opportunity for you to become a more refined version of yourself. Take the higher road, and sometimes, the harder one.”

The rest of the year will be full of events for the nonprofit as well.

“My Cancer Schmancer organization, on our website, cancerschmancer.org, has our Master Class Health Summit Edu-Series,” Drescher said. “For a minimal donation, you can buy seven days worth of speakers that are very mind-blowing, educational, motivating, activating and you can have it on your downloadable video library.

“In June, we have our annual Cabaret Dinner Cruise on the Hornblower out of the Hudson Harbor. We cruise to the Statue of Liberty and back. Then, we settle down for a delicious dinner together. It’s going to be a great night.”

To find out more about Cancer Schmancer and Drescher’s journey, visit www.cancerschmancer.org.