You might say A.J. Croce has a thing for pianists. Unlike his late, iconic singer-songwriter father Jim, the younger Croce is more about tickling the ivories than strumming an acoustic guitar (although he does both). In a career that spans nine studio albums (with the latest being last year’s Muscle Shoals-flavored Just Like Medicine), the latter has worked with a number of storied piano wizards including the likes of Leon Russell and Allen Toussaint. Long Island Weekly got a chance to catch up with Croce to see which masters of the 88s tickle his ivories.

“Fats Waller had this amazing range and could have had five different careers in entertainment. He could have just been a piano player and just done instrumental music because what he was playing was so phenomenal. Even though there were people like Willie “The Lion” Smith, James P. Johnson and Jellyroll Morton before him, [Fats] sort of solidified what they had done and then wrote these amazing songs. Because he was such a capable songwriter in addition to being a great piano player, singer and comedian, he’s one of them.”


“Ray Charles couldn’t play like Art Tatum or Fats Waller, but he was such a soulful piano player. I always loved him.”

“I think Art Tatum was the greatest piano player, regardless of genre in the 20th Century. I think he had this amazing gift and you hear it in Oscar Peterson. But when you hear Art Tatum, you know it’s the real deal. It’s just like hearing Billie Holiday sing. It’s just pure genius. They’re tapped into something that is pure, great and beautiful.”

“Allen Toussaint has always been one of my faves. He was a very soulful piano player. And again, he’s not going to play like Art Tatum or Fats Waller, although he does touch on those things. But he was such a natural and soulful player. I learned so much before I met him. When I got to work with him, the way that he worked was so comfortable and natural. Again, he was in his early seventies and he was very relaxed and comfortable. He was quiet and thoughtful.”

“I love Mose Allison. I met him many times. Starting in the mid-1980s, I sort of had this running conversation. When I started touring a couple of times, our paths crossed. There was this place in Seattle where you would play for a week and you’d get in a day early and the whole band was staying in condos and they really treated you well. It was really great—Jazz Alley in Seattle. I don’t know if they do that or not anymore, but I played there a number of times. You’d get there a day early and you’d get to see Mose Allison, Dr. John or whatever. The first time I literally called the hotel that he was staying at in San Diego. He was going to play a show that night and I said that I know this is crazy, but would you be willing to give a piano lesson. And he said, ‘Which bus do I take?’ I said, ‘You’ve got to be kidding me.’ I was totally floored by that. What I liked about his playing was the melodic dissonance. That’s it in a nutshell. He was going from these diminished scales into major scales into blues scales. I just loved that.” 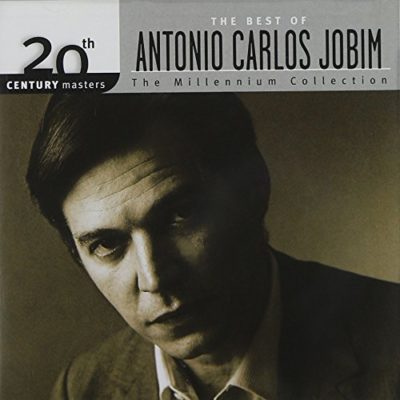 “He was one of the most understated and sophisticated piano players. He could play more with one simple chord with one note in the bass and just two notes with his right hand and it would be so beautiful and you couldn’t ask for anything more than that. But sophistication and simplicity of Jobim—I never got it until I saw him perform. He was playing at the Hollywood Bowl and Toots Thielemans had just done a record on the same label I was signed to. My wife and I went and we had great seats and it was like this very surreal experience because Toots had done this Brazilian record and it was all the guys that Jobim had worked with. Then Jobim came on and played and a lot of the same players would come up. When anyone would play a solo, it was so emotional. People would literally cry out of the joy and beauty of the performance. Each person was so sincerely moved by the people they were playing with. It really brought them to tears. I had this surreal experience that was amazing.”

A.J. Croce will be appearing on April 27 at the YMCA Boulton Center for the Performing Arts, 37 W. Main St., Bay Shore. For more information, visit www.boultoncenter.org or call 631-969-1101.