A Guide To Streaming Services

In 2020, it is almost surreal to think about Netflix’s humble origins. Launched in 1998, the world’s first online DVD rental store relied on snail mail to deliver movies to the masses. Today, the innovative entertainment company is known for putting subscription-based video streaming services on the map, changing the way society consumes media forever.

In addition to Netflix and other established streaming services, such as Hulu and Amazon Prime Video, there is a whole new crop of options to consider. Apple TV+, Disney+, Sling TV, HBO Max and YouTube TV are all vying for eyeballs. Our editors cut through the noise to give you a no-nonsense guide to each.

The OG remains a strong contender despite the new wave of streaming services. Netflix didn’t necessarily invent the concept of binge-watching, but it popularized it and essentially coined the phrase. The platform offers a wide variety of award-winning TV shows, movies, anime, documentaries and more on thousands of Internet-connected devices. Plus, its commitment to producing original, award-winning content, such as Stranger Things, The Crown and Orange Is the New Black, ensure you’ll always have access to the shows people are talking about.

Netflix is also starting to stream big box office movies like The Irishman while it’s still in theaters. Plans start from $8.99 per month.

Upcoming originals to keep an eye out for include Little Fires Everywhere from Reese Witherspoon and Kerry Washington. The basic plan starts at $5.99 per month and includes commercials. 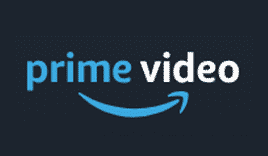 Continuing to grow its scope, Amazon Prime Video, which launched as a streaming platform to purchase and watch shows and movies, is now a powerhouse of original content. Subscribers can not only stream popular shows and movies for a flat monthly fee, they also have access to the service’s original shows, such as The Marvelous Mrs. Maisel, Patriot, Fleabag, Man in the High Castle, Good Omens and One Mississippi. It also lets you purchase or rent a wide selection of movies and television series. 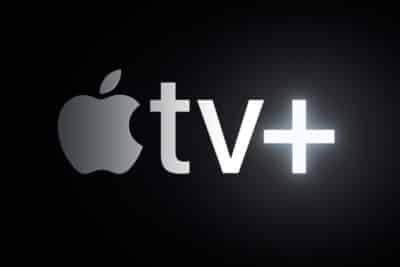 Not to be outdone, Apple made a splash with its new all-original streaming service Apple TV+ when it debuted in November. Straight out the gate it offered heavy hitters, most notably the superstar-packed series The Morning Show, starring Jennifer Aniston, Reese Witherspoon and Steve Carell.

Other originals include The Servant, produced by M. Night Shyamalan, See, starring Game of Thrones actor Jason Momoa, and Dickinson, an irreverent period comedy-drama about the life of poet Emily Dickinson. Plans are $4.99 per month.

Less than two weeks after the public was introduced to Apple TV+, streaming service Disney+ debuted, breaking open the vault on all of Disney’s classics and more. The service primarily distributes films and television series produced by The Walt Disney Studios and Walt Disney Television, with content from Disney’s Marvel, National Geographic, Pixar and Star Wars.

Subscribers can also expect new original content. All of the films and series are described as “family-oriented entertainment.” There are no R-rated films or TV-MA-rated programming. Disney+ is $6.99 per month. The company is currently offering a promotion to bundle Disney+ with Hulu and ESPN+ for $12.99 per month.

HBO already offers two different ways (HBO Go and HBO Now) to stream its original series (every season, every episode), plus hit movies, documentaries, sports and exclusive comedy specials. HBO NOW is an à la carte streaming option, and HBO GO is an on-the-go feature that comes with a cable subscription or Amazon Prime. But in May 2020, viewers will be introduced to HBO Max, a new streaming service that promises to “bring you closer to the entertainment you love.”

Though it hasn’t debuted yet, there is good reason to keep an eye out for the platform. It will not only offer HBO content, but other iconic TV shows from different networks, such as Fresh Prince as well as new titles premiering weekly throughout 2020. Rumor has it, that a Friends reunion is in the works at HBO Max, though it hasn’t been confirmed.

Another cable-free TV alternative, YouTube TV lets viewers watch live TV from major broadcast and popular cable networks. The service provides access to live sports, breaking news and primetime shows as they air. It features 70-plus channels including ABC, CBS, FOX, NBC, ESPN, HGTV and TNT, as well as movies and shows on-demand. It also comes with unlimited cloud DVR storage space, which allows subscribers to record and stream their favorite shows on the go.

Ideal for large families (or multiple roommates), YouTube TV gives you six account per household. Plans start at $49.00 per month. 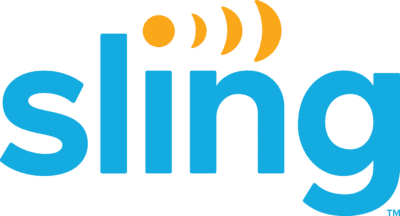 Sling TV bills itself as the ultimate, economical alternative to cable. Viewers can watch live TV and sports, as well as a variety of on-demand movies and popular TV series. Sling TV comes with channels like CNN, TBS, Food Network and BBC America. More channels, such as Disney and ESPN can be added, depending on the package you choose. Viewers will need a smart TV or devices, such as Amazon Firestick to use the service. Plans start at $25 per month.