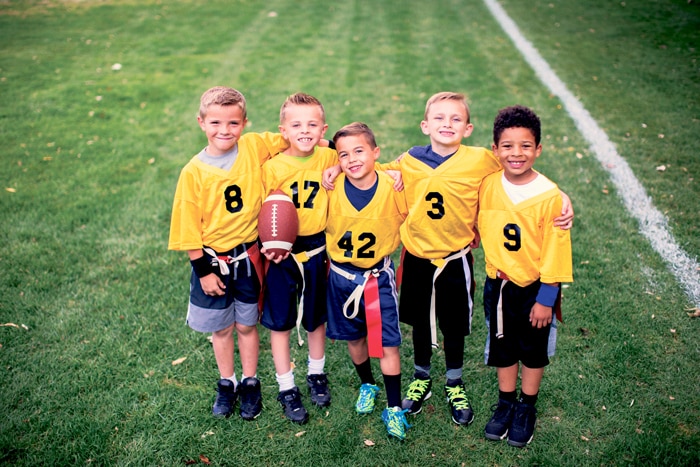 The fall brings about a whole new season for a variety of sports, but there’s no sport that is as beloved as football. And with the weather changing over to a crisp, cool temperature, this is the perfect season to lace up and go out to play America’s game. With the rise of flag football at the local level, there are quite a few leagues you can sign up for to get on the gridiron.

Long Island Flag Football is the most well-known recreational league in the area. They have both adult and youth leagues you can sign up for while the season is happening. If you have an adult team already assembled, you can book one of the league’s 30 fields all over the island to play on. For youth, the league has a program that partners NFL FLAG with the Town of Oyster Bay, offering zero-contact action on fields throughout the town for 5- to 17-year-olds. Adults can play on Sundays and on weeknights while youth are scheduled to play on Sunday mornings. For more information, visit www.liffl.com.

Legends Flag Football opens up adults to both individual and pre-formed team sign-ups. As an individual, you can post on the league’s website as a free agent to see if another team may be interested in picking you up. As a pre-formed team, you can sign-up for one of the league’s upcoming tournaments, including a big cash tournament that will be happening in November. The league also has a youth league, but the next available opening isn’t until spring. In the meantime, kids can enjoy a fall in the league’s training camp. You can sign-up for this anytime at www.lilegends.com.

For those who live closer to the North Shore, a league that may serve as a great destination for nearby play is NS Flag. With games taking place at the Fifth Avenue Elementary School in Northport, the league invites kids from kindergarten all the way to 10th grade to play Saturday morning flag football. Like other leagues, you can sign up as a team, group or individual. Remaining spots will be filled on a first come, first served basis. For more information on the league and how to register, visit www.nsflag.com.

Another more localized league for those on the South Shore. With games played in West Babylon, the South Shore Flag Football League has many levels of youth football for those to play on. Many of those who are members of the league are players who are part of tackle teams who want to work on their timing and chemistry, so if your kid is part of a tackle football team, they are encouraged to join. As an individual or as a team, you can sign up for play at ssffl.sportssignup.com.