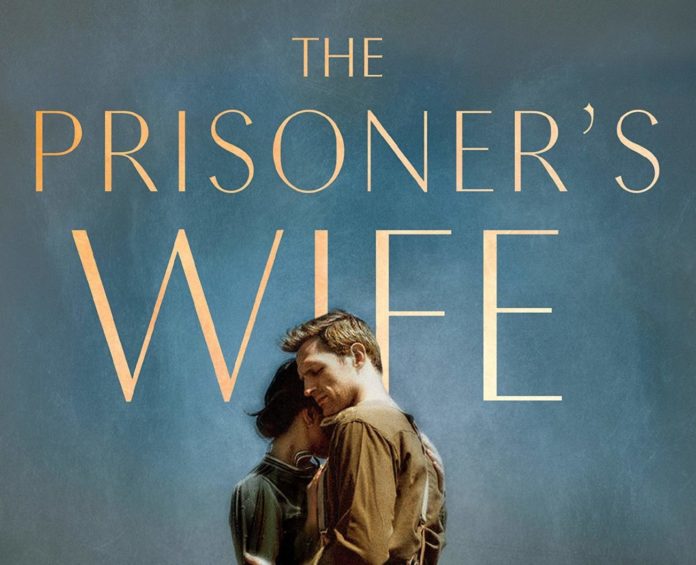 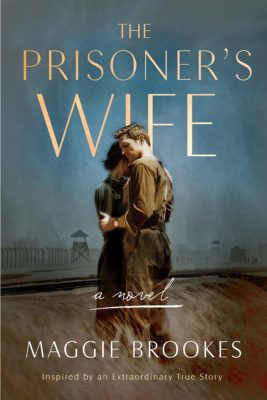 A new book detailing the life of a couple in Eastern Europe during World War II is set to debut in America on May 26.

Former journalist Maggie Brookes penned The Prisoner’s Wife, giving readers a different look at World War II from a peculiar perspective. Brookes details the journey of a Czechoslovakian girl, who lives on a farm with her mother and brother, while the father is away battling the Nazis. The Nazis bring a group of prisoners of war to work on the farm, and that’s where this girl, Izzy, meets the love of her life, Bill.

But the unexpected twist comes when the two secretly get married and run off together. Eventually, Izzy has to dress as a man, afraid of being captured and tortured by the Russian army. Unfortunately, the Nazis catch them, and Izzy needs to stay in disguise.

Somehow or another, the journey this couple goes on does not kill either of them, or ruins their relationship. However, the trials and tribulations that Brookes brings readers through, based on a true story, is one you’ve seldom heard from this era.

Q: What does it mean to you to have this book coming out?

A: It’s not exaggerating to say this is the fulfillment of a life-long dream. I began writing stories and poems when I was five, and have a number of unpublished novels under the bed. Five of my poetry collections have been published in the U.K. by smallish presses but I never thought I would be published across the world by imprints of Penguin Random House. The book is out now in the U.K., South Africa, Australia and New Zealand, and released in the U.S. and Canada on May 26, with translations to follow in Dutch, Czech, Polish, Hungarian, Portuguese, Italian and Spanish. I wish I could go back and tell my younger self not to give up, but to keep trying.

Q: What is the biggest lesson you want readers to take away from it?

A: I believe that the terrible things which happened in Europe during the war could happen anywhere, any time, if we are not on our guard against the rise of fascism and totalitarianism. I hope this true story also reminds us of the extraordinary power of the human spirit and of love.

Q: What do you feel makes it different from other World War II books?

A: I think it’s different because it’s based on a true story of a young woman plunged into the horror and deprivation of the exclusively male world of Nazi prison camps and labor camps, and the 500-mile ‘Long March’ across Europe. I think it’s unusual to look at all that from a woman’s perspective – a woman who is dressed as a man and has to keep completely silent to hide her identity. I was fascinated from the start about what that would have felt like from her point of view. All the books and memoirs I read for my research were written by men, and so I had to turn everything they saw and reported on its head and shift the focus. I think that helps you to look at the past in a very fresh way.

Q: Talk about the cover image for the American version. What is the story behind it and its significance?

A: I love this cover because it feels like a movie poster for an epic love story, and I think that’s what this novel is. Izzy and Bill are together in a golden hay field, with the threat of the prison camp looming over them. I have my wonderful publisher Berkley to thank for this cover. I hope some big movie producer sees it and gets the message.

Q: How exciting was it for you to walk readers through the journey of these characters in the most unlikely of circumstances?

A: The U.K. edition of the book was published on April 16 when Britain was in complete lock-down because of COVID19. In a sense, we were all prisoners in our own homes. It certainly wasn’t what I’d envisaged. I had hoped to see my books in a bookstore window, but the bookstores were closed, and even the online deliveries were delayed. Instead of a launch in the loveliest bookshop in London (Daunt Books, Marylebone) I had a Zoom launch. The positive thing about that was that people were able to attend from many different parts of the world, and time zones.

It’s been a sharp learning curve into the digital age. I would rather talk to a thousand people in a room than my own image on a computer screen, but instead of live appearances I’ve had to become adept at on-line events – virtual literary festivals and interviews. I’ve set up my own new website, and finally accepted that Twitter must be part of my life.

In terms of the story being published at this time, I think it chimes in all sorts of completely unexpected ways. My characters were all separated from their families by war, just as we are by a pandemic. They had no idea when the horror they were plunged into would come to an end, and we, who are so used to planning our lives, have no idea when we will be back at work and able to hug our loved ones again. They are hungry and afraid – and so are many people today. Izzy and Bill and the other characters have to draw on reserves of calmness and courage which they didn’t know they had, and so do we. Friendship and love became the most important things to get them through, just as now. War made heroes out of ordinary people, just as this virus has made heroes and heroines out of our care workers, health workers, and store assistants.

The message for the extraordinary times we find ourselves in is that we can be strong, we can endure, we can have courage, and love and friendship will bring us through.

Q: When the story was first told to you, what was your reaction?

A: I was in an elevator at my mum’s sheltered accommodation when an elderly man called Sidney Reed said, “I bet I could tell you a story about the war which would make your hair stand on end.” I was immediately hooked. He told me he’d been in a Nazi Prisoner of War camp when two escaped prisoners were brought in. When the guards had gone, one of the men said, “This prisoner isn’t a British soldier, he’s my Czech wife.” Sidney explained to me how he and the other POWs had decided to hide her in plain sight, dressed as an English soldier.

I had worked as a journalist and a BBC TV documentary producer and the tingle in my spine told me this was the best story of my life.

But then, the questioning part of me came in. Could it possibly be true? I went and interviewed Sidney. The small details he could remember – about how she coped with her period, the ways in which the other prisoners protected her, all felt true. I began to research in libraries and archives. I found the labor camp he had described with such accuracy. I went to Eastern Europe and traveled the route my characters would have taken.

Sidney couldn’t remember the names of the real couple, but I hope that someone will read this book and say, ‘That’s about my grandparents,’ so I can thank them for their courage and the inspiration it has given us now.