Who doesn’t love a good weekend getaway? Short trips require less planning and less time off than an extended vacation. The trick is finding a destination that doesn’t involve lengthy travel time, and that can be explored during a quick trip. Below is helpful info that should give you a head start on planning just such a getaway.

The destination is Wilmington, NC, a place where Spanish moss drips from knurly twisted live oak trees, azaleas grow as high as small houses, streets are paved with brick and ballast stone and historic homes have secrets to tell. There’s plenty here to keep visitors busy for days on end, but this itinerary should get you started if you have just 48 hours. 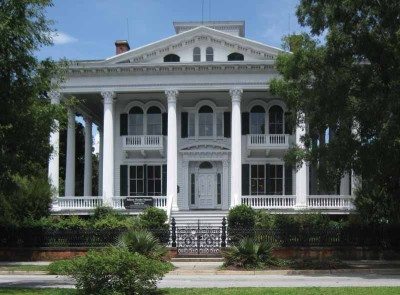 Get pampered in a luxurious boutique hotel that served as an antebellum home in a past life. Get romanced at a charming Victorian inn. Or get an up-close view of the river at a full-service waterfront hotel.

Lunch Along the Water

After working up an appetite, grab a bite and enjoy some shopping along the water at Wilmington’s Riverwalk. This nearly two-mile boardwalk runs along the scenic Cape Fear River and is lined with independently owned shops and waterfront restaurants. 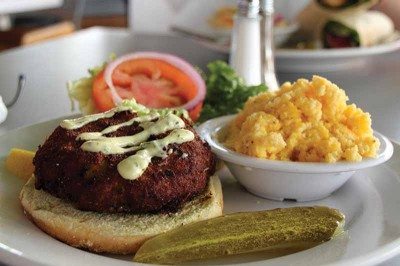 North Carolina ranks among the top states for U.S. film production, and one of the largest production facilities east of L.A. is located right in Wilmington. See real locations for some of Wilmington’s biggest movies and TV shows during a Hollywood Location Walk.

From traditional Southern fare to fresh seafood creations, there are plenty of options for even the most discerning palates, including international cuisines ranging from French and Irish to Greek and Thai.

Walk The Decks Of History

Tread along the decks of the battleship North Carolina, one of the state’s most visited attractions, and imagine being at sea in 1942. Discover how this heroic ship and brave crew fought in every major naval offensive in the Pacific of WWII, earning 15 battle stars for their valiant efforts.

Wilmington is considered to be among the most haunted cities in the world. The Ghost Walk of Old Wilmington guides traverse 275-year-old alleyways while telling stories of poor lost souls that still linger in Port City each night. 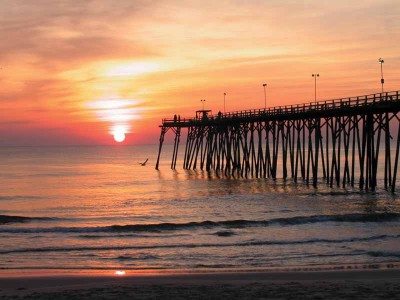 Start the day by getting outdoors. Walkers, joggers and off-road cyclists will want to spend some time on Wilmington’s Gary Shell Cross-City Trail. Yogis and Pilates enthusiasts will want to check out classes at Halyburton Memorial Park, a 58-acre nature preserve.

Celebrate A Century Of Gardens

Historic Airlie Gardens encompasses 67 acres of formal gardens, wildlife, historic structures, walking trails, sculptures, and its legendary landscape of azaleas and 467-year-old Airlie Oak. Birders should bring binoculars, as this is a site on the North Carolina Birding Trail. And film/TV lovers will recognize locations that appear in Nicolas Sparks’ new movie The Choice, as well as other popular films and television shows.

Located in historic downtown, Front Street Brewery celebrates 21 years in 2016. Learn how the beers are brewed and share a few samples with one of the brewers during daily tours. 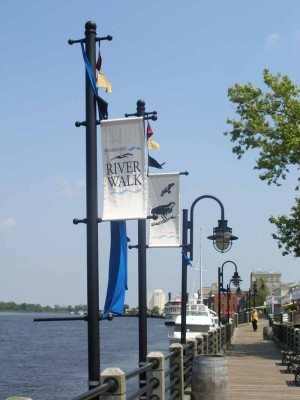 From theatre productions to art and museum exhibitions to live music, Wilmington has a vibrant arts and culture scene. Catch a performance at Thalian Hall Center for the Performing Arts, one of the oldest theaters in America.

Wrap up your trip with appetizers and a drink at one of the many venues featuring live music. If there’s time, take in some unique shopping at Old City Market, The Cotton Exchange or Lumina Station. You’ll also find dozens of art galleries and antique shops. There’s even a Fourth Friday Gallery Walk each month.