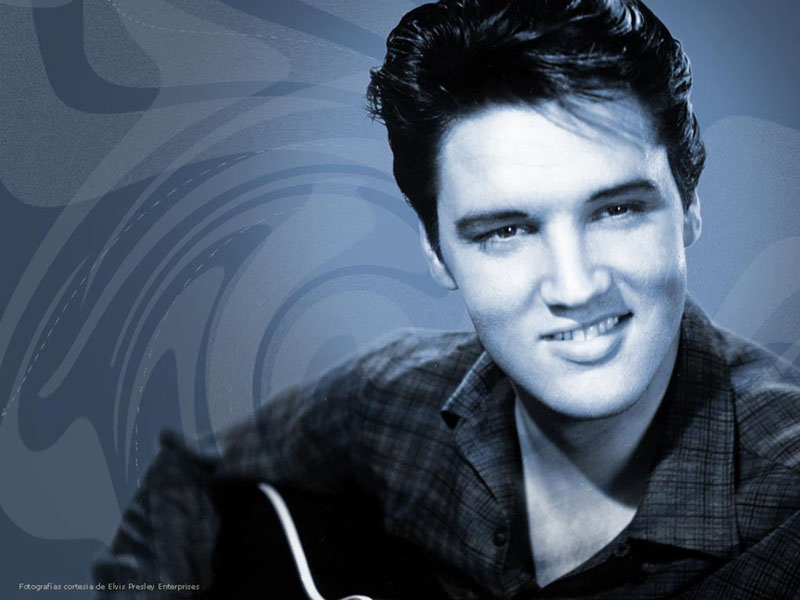 To commemorate the 40th anniversary of Elvis Presley’s death at the age of 42 on Aug. 16, 1977, we have the same number of facts you might not know about him.

Elvis was a twin. His brother, Jesse Garon Presley, born before him, died at birth.

Elvis and David Bowie have the same birthday.

Presley’s self-titled debut was released in March 1956 and became the first rock ‘n’ roll album in history to reach No. 1 on the Billboard charts.

Elvis only ever performed outside of the United States three times, and all three times were in Canada. In 1957, he played Ottawa, Toronto and Vancouver.

Elvis only ever endorsed one product in his lifetime—Texas-based Southern Maid Doughnuts.

All three of Elvis’ Grammys were awarded for his gospel music.

Elvis’ last public performance was in 1977 in Indianapolis, IN. His final song: “Can’t Help Falling in Love.”

Bela Lugosi and Babe Ruth died on the same day as Elvis, just in different years.

Kurt Russell appeared in the 1963 Elvis film It Happened at the World’s Fair. He had an uncredited scene with Presley, where he kicked him in the leg.

When described as “The King of Rock ‘n’ Roll” by a journalist, Elvis declined the crown and instead directed the title to Fats Domino.

When Elvis died in 1977, he was the top touring act in the United States.

It’s estimated that Elvis has sold between 500 million and a billion records worldwide—more than any other artist in history.

Elvis holds the record for the third most Billboard No. 1 hits with 17, following the Beatles (20) and Mariah Carey (18).

Elvis gifted Muhammad Ali with a robe emblazoned with the phrase “The People’s Champion.”

Comedian Eddie Murphy credits Elvis as the person who inspired him to pursue a career in show business.

Every one of Elvis’ 31 films was profitable, except for one: 1961’s Wild in the Country.

One film part Elvis always wanted to play but was not considered for: Don Corleone in The Godfather. The role went to Marlon Brando.

Elvis had a slight stutter.

During a concert at Nassau Coliseum in 1975, he threw a guitar into the audience, saying, “Whoever got the guitar can keep the damn thing. I don’t need it, anyway.”

Elvis was born a natural blond and achieved his famous black locks by dying his hair.

Elvis would rent out movie theaters to do midnight screenings of his favorite movie, Monty Python and The Holy Grail, with his friends.

Nicholas Cage was the only non-family member of the Presley family to see the forbidden second floor of Graceland.

Elvis was awarded two medals while serving in the Army, one for expert marksmanship, the other for sharpshooting.

“Heartbreak Hotel” was the first Elvis single to sell more than a million copies.

Elvis made only one appearance at the Grand Ole Opry, in October 1954. They never invited him back.

His 1960 single “It’s Now Or Never” is one of the best-selling singles of all time, with sales estimated to have been between 25 and 30 million copies.

Elvis was a descendant of Cherokee Native Americans, on his mother Gladys’ side.

The last song Elvis sang was “Blue Eyes Crying in the Rain,” at home, and playing the piano, to family and friends, on Monday evening, Aug. 15, 1977.

The King was last scheduled to appear in the New York City metro area at Nassau Coliseum on Aug. 22, 1977.