Anyone who enjoys the steady stream of viral cat videos on their social media feeds—who doesn’t?— has America’s Funniest Home Videos to thank. The hour-long clip show premiered on ABC in the fall of 1989, paving the way for hilarious audience-generated content to gain a national audience before anyone heard of YouTube.

Televising viewer-submitted content on primetime and asking the audience at home to cast a vote for their favorite at the end were pioneering concepts at the time. Thousands of Americans sent in their laugh-out-loud home videos for the chance to win the $100,000 grand prize during the season finale. The most popular clips often featured people and animals at their spontaneous best. Some memorable moments include a little boy who cried over his mom’s haircut, dogs being spooked by Halloween costumes and parents lip-synching to their kids’ tantrums. 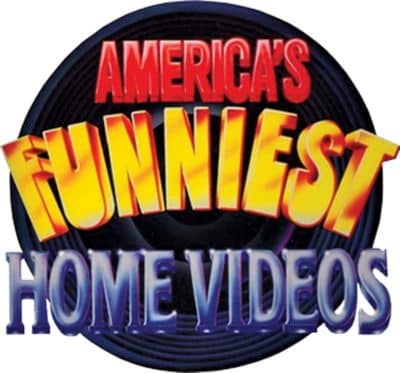 Viewers responded in earnest. America’s Funniest Home Videos placed within Nielsen’s Top 5 highest-rated weekly series within weeks of its debut and by March 1990, it became the number one primetime series for a short time, eclipsing CBS’ 60 Minutes for the first time in 12 years. Today, America’s Funniest Home Videos is the network’s longest running primetime television show.

Beloved Full House star Bob Saget hosted the original eight seasons. He passed the torch to cohosts John Fugelsang and Daisy Fuentes in 1997. The show has since been hosted by various actors and comedians such as D.L. Hughley and Tom Bergeron, the series’ longest serving host. Its current front man is another beloved ’90s sitcom star, Alfonso Ribeiro, aka Carlton Banks from The Fresh Prince of Bel-Air.

“For me it is an honor,” Ribeiro said in a recent interview about the anniversary season. “Thirty years says a lot about what this format is and how it translates and connects to people all over the world, especially in America where people love to sit and laugh.”

The show was renewed for its 31st season, which will debut in fall 2020. Catch the remainder of season 30 of America’s Funniest Home Videos at 7 p.m. Sunday evenings on ABC. Episodes can also be viewed the next day on ABC.com, the ABC app and on Hulu.