We have a little over five months until the 2016 election season comes to an end. For many of us, the big day, November 8, cannot come soon enough. We have been bombarded with more federal, state and local election news than at any time in recent memory despite the fact that most of the public isn’t really focused yet on partisan politics.

Because this year’s election is one of the most unique contests in the past 50 years, picking a winner at this point in time is totally impossible. The battle between Donald Trump and Hillary Clinton is a contrast in style and substance. The upstart campaign of Bernie Sanders has made Mrs. Clinton alter her traditional message. Trump has confused the long-time Republican voter with his constant swing left and right on all major issues.

Rather than trying to handicap the coming months, I am instead focusing on what the two major political parties may look like and the challenges they face in the next four years. Both Bernie Sanders and Donald Trump have gotten independent voters more engaged than at any time in recent memory. But, those voters, whose support swings from right to left and back again, will not be the property of any one political party.

Regardless of which candidate wins this year, independent voters will be up for grabs for a long time to come. Trump voters dislike the current crop of politicians and expect more from the government without raising taxes. Sanders’ independent voters do not care how much it costs to give them what they need and will accept tax increases, just so long as they are on the wealthy. This election promises to disappoint most of the independents, which means they could cause chaos for both parties by 2020.

Both the Democratic and Republican parties will have to focus on how to better handle such issues as immigration, gun control, trade agreements and other controversial areas.

Republicans will have to move away from the Trump position on immigration and gun control which will hurt them this year. Democrats will have to find a way to better explain how free trade works and explain how the Sanders demand for expensive programs just can’t happen. Republicans will be forced to the left and Democrats will need a whole new message, that pleases the young and the old.

It is possible that if both parties can’t find a more meaningful message by 2020, an independent candidate will emerge who will take away voters from both parties and win the White House. So keep an eye on the 2016 results and how
the next four years will look completely different. 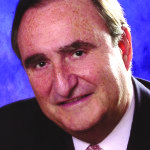