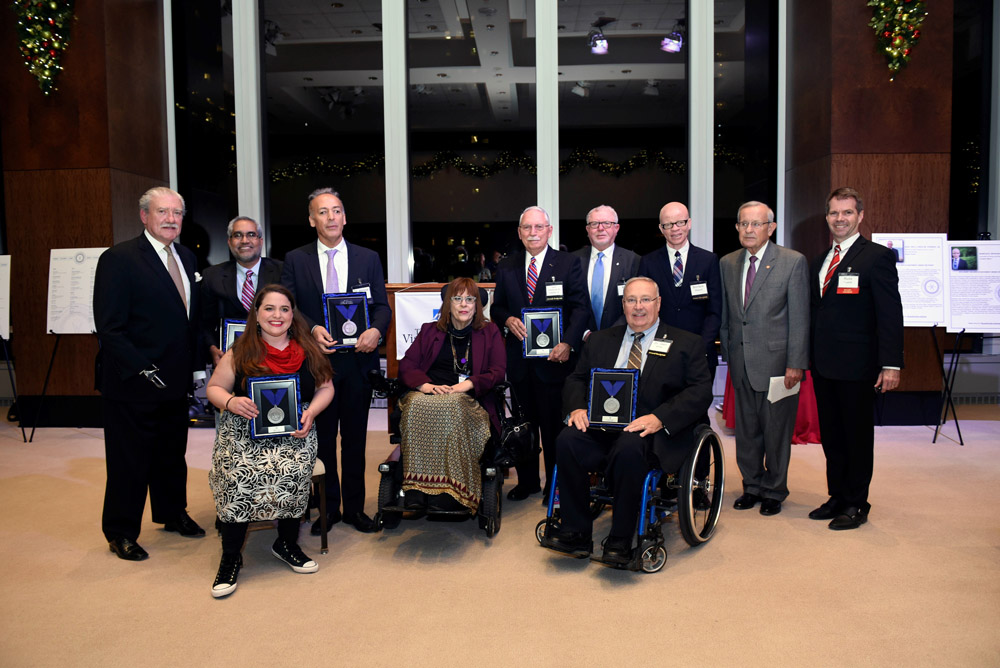 The Viscardi Center—an Albertson-based nonprofit organization providing a lifespan of services that educate, employ, and empower people with disabilities—announced ten recipients of the 2018 Henry Viscardi Achievement Awards at a ceremony held on Dec. 4, at the Mutual of America building in New York City. First bestowed in 2013, the awards honor exemplary leaders in the global disability community who, through the example of their professional accomplishments and advocacy efforts, are reshaping societal perceptions and making significant changes in the quality of life of people with disabilities.

Drawing nominations from cities throughout the U.S. and countries around the world, this year’s group is accomplished and diverse, representing Israel, Malawi, Pakistan, Switzerland, the United States, and Zimbabwe. Recipients come from a variety of distinguished backgrounds, including academia, entertainment, government, technology, and the nonprofit sector.

“Over the span of six years, we have had the humbling opportunity to recognize the remarkable work of 59 innovators with disabilities from 17 countries around the world,” said John D. Kemp, president and CEO of The Viscardi Center. “The international response to the Awards has grown steadily over the years, which is a true testament to the visibility and far-reaching impact of leadership in the disability community.”

The Henry Viscardi Achievements Awards commemorate the vision of the Center’s founder, Dr. Henry Viscardi, Jr., who himself wore prosthetic legs. A premier disability advocate, he served as an advisor to eight presidents, from Franklin D. Roosevelt to Jimmy Carter, and implemented groundbreaking employment and education programs that continue to improve the quality of life for people with disabilities. The 2018 Selection Committee was co-chaired for the sixth consecutive year by Robert Dole, former U.S. Senator, along with Sherwood “Woody” Goldberg, Esq., retired U.S. Army Colonel and current Senior Advisor for Asian Affairs at the Center for Naval Analysis.

—Submitted by the Viscardi Center